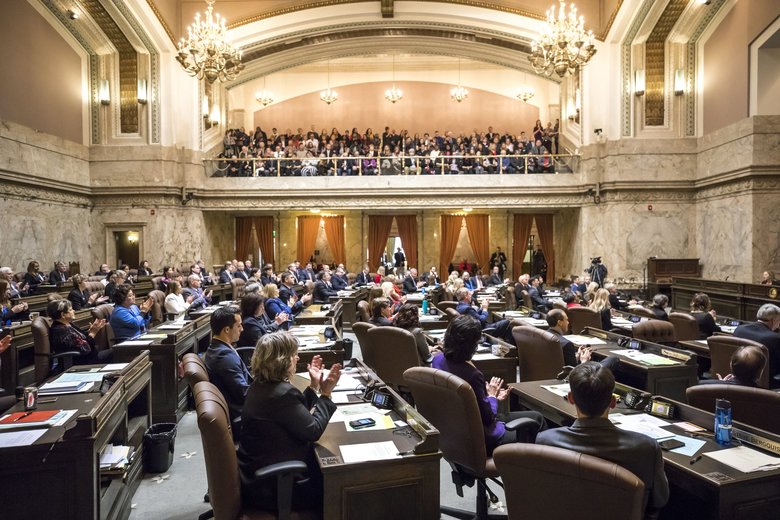 As the session opens, watch the process, not the speeches

I first started paying attention to legislatures in 1991, when I was a 25-year-old punk reporter trying to stay awake on the early broadcast shift at the Portland bureau of The Associated Press. Part of my job was to translate what my colleagues were reporting from Salem about the machinations of the Oregon Legislature into copy that could be read by Top 40 radio DJs. I shudder to think of the gobbledygook I foisted on all those unsuspecting broadcasters; I’m sure it befuddled their listeners.

Years later, when the AP sent me to Juneau to cover the Alaska Legislature, I began to develop a theory about covering this particular aspect of the republic. I realized that many of the stories that I was writing had essentially been planted as bait to distract me from what was actually going on: incendiary bills on hot-button issues that had no chance of passage, grandstanding floor speeches designed to fire up the folks watching at home, seemingly heartless budget cuts that somehow always got restored.

Meanwhile, all manner of shady deals were going down. A few years after I left Alaska, serial key members of the Alaska Legislature got indicted for corruption.

So as I open coverage of the 2022 Washington Legislature as the new editor of the Wire, I’m just going to skip past the speechifying and get right to the committee process and the other real action.

There are just 60 days in the session. That’s not enough time to genuinely consider just the dozens of bills that have been filed in the last few weeks, not to mention the hundreds still left in the process from last year and the many that will be proposed in the weeks ahead.

Think of it as a brutal war of legislative attrition that started weeks ago or months ago when committee chairs started deciding what they were going to hear and what they were going to kill outright. Behind the scenes, lobbyists, lawmakers and other stakeholders are busily trying to either save their priorities or make sure their antagonists’ priorities die fast and quiet.

We get our first look at those decisions this afternoon:

For example, House Consumer Protection & Business hears House Bill 1614, entitled “Concerning online marketplace consumer product theft and safety protection.” Translated into non-legislative English, that means “concerning organized shoplifting of valuable consumer goods that later wind up for sale on Amazon, Ebay, and other online platforms.” So basically we’re talking about a complex dynamic involving big-box retail, online retail giants, and actual criminals. Now that’s a fight worth paying attention to. The bill’s prime sponsor is Steve Kirby, the veteran Pierce County Democrat who has already announced he won’t seek reelection. You know he’s got no f___s left to give. He’s got a bipartisan roster of co-sponsors, so this one wears watching.

Also this afternoon, House Transportation and Senate Transportation begin consideration of Gov. Jay Inslee’s supplemental transportation budget. Like all transportations budgets, this is a smorgasbord of projects for Big Concrete and jobs for Big Labor that will, in theory, eventually make it easier for people and commerce to move around. So expect intense interest.

In House Appropriations, budget-writers take up Inslee’s proposed supplemental operating budget. Ordinarily, the supplemental pales compared with the two-year budgets proposed in odd-number years. This year’s version is loaded with the federal COVID-19 relief money we can think of as Uncle Joe’s Pile of Cash (UJPoC). Expect many competing ideas about how to spend it.

Tuesday features a full day of committee action. Check back here tomorrow for more that, or look for the Morning Wire in your inbox. Don’t subscribe? There’s a signup box on the home page.