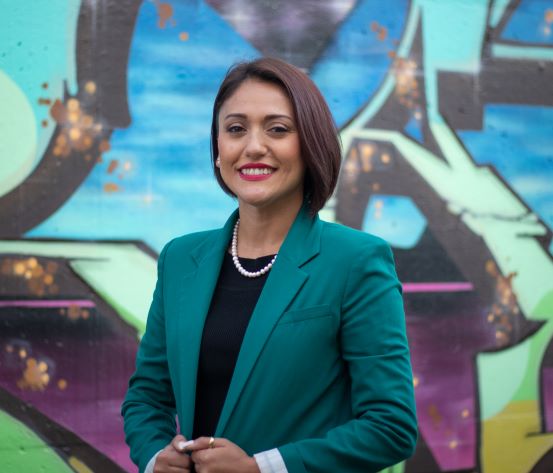 Yasmin Trudeau on Tuesday was appointed to represent the 27th LD in the Senate following the retirement of longtime senator, Jeannie Darneille (D-Tacoma).

Prior to her appointment, Trudeau had worked as the legislative director for the Washington State Attorney General’s Office, and before that as a policy analyst for the state Senate Democratic Caucus. She staffed the Senate Agriculture, Water, Trade and Economic Development Committee and the Senate Ways and Means Committee on capital budget. She also brings experience running the office of the then-state Sen. Pramila Jayapal as her legislative aide.

The Pierce County Council voted to appoint Trudeau in a unanimous vote. She was sworn in by Washington Chief Justice Steven González.

“I’m thrilled to welcome her to the 27th LD delegation,” Jinkins wrote. “With deep connections to our community through her lived history here, she is immediately ready to take on the work to address the needs of the people and communities we represent. I know she will be a hard-working and effective senator, because she already has a strong track record of involvement in issues like addressing gun violence, making health care accessible and affordable for all, and protecting consumers.”

In a statement, Senate Majority Leader Andy Billig (D-Spokane) said Trudeau will be one of the most prepared new senators the legislature has seen. Trudeau has significant legal experience. Since graduating from Seattle University School of Law, she’s held multiple externships in the state, a press release from the Senate Democrats said. As a Bengali-American, she is the first woman of color to serve as a senator for the 27th LD.

Darneille also spoke highly of Trudeau in a statement, saying she was “proud to pass the baton to someone as committed to our neighbors as Yasmin.”

The appointment is effective immediately, and a special election will be held in 2022 to fill the remainder of the term. The 2022 legislative session begins on Jan. 10.

Darneille announced her resignation in September after more than two decades in the legislature.