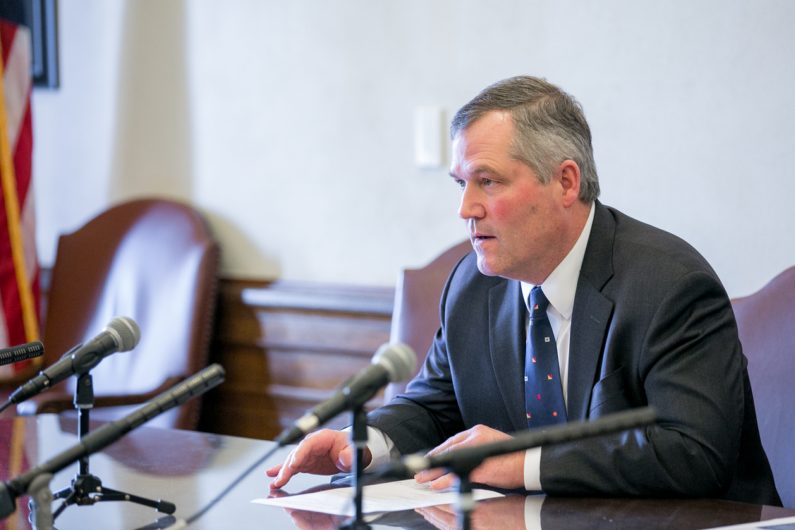 Over the weekend, the Office of the Secretary of State (SOS) was made aware of a website that lists Washington State’s elections director among election officials nationwide who the site creators claim “have aided and abetted the fraudulent election against Trump,” said SOS Director of Communications, Kylee Zabel.

Content found on the site includes images of the officials, with crosshairs over their profiles, and home and email addresses. The Department of Homeland Security and the FBI have been notified, as well as the Fusion Center in Washington State.

This continued escalation of harassing and threatening behavior in the public sphere has to stop. Sites like this are appalling, and have no space in our democracy and the peaceful transition of power,” said Wyman.

Responding first on Twitter, Wilcox called out nationwide threats against election officials, who have acted in accordance with the democratic process and rejected President Trump’s unsubstantiated claims of “massive fraud.”

Horrific threats are being made to elections staff all over the country including WA. Including pictures, scope crosshairs, and home addresses. We have to stop this. I support the work of Kim Wyman and her staff and believe in the results of the election in our state,” wrote Wilcox.

On Monday evening, Wilcox and his colleague in the upper chamber, newly anointed Senate Minority Leader John Braun, condemned the threatening behavior once more and reaffirmed their support for the work of elections officials.

The harassment and threats to state election officials must stop. We categorically denounce these actions and any threats of political violence. We continue to have confidence in the 2020 election results in our state and the work of Secretary of State Kim Wyman and her staff over the last several years. As always, we believe all credible allegations of election fraud – no matter how small or large – need to be brought forward and investigated. And anyone who breaks the law should be held accountable for their actions.”

While Wyman has stated repeatedly that her office has seen no evidence of widespread voter fraud, Republican gubernatorial Loren Culp has refused to concede to Governor Jay Inlsee, despite losing by more than 545,000 votes. Culp has claimed without evidence that the election was plagued with “multiple layers of fraud.”

The Culp Campaign has repeatedly failed to produce evidence of fraud when pressed.

While I have not personally seen the website containing threats of violence recently referenced in the media and confirmed by the FBI to exist, I do strongly condemn any threat of violence against fairly elected or appointed public servants. We the people have a duty to hold all of our public servants accountable to properly execute their duties; however, we must do so without the threat of violence and without putting innocent lives in harm’s way,” said Culp.