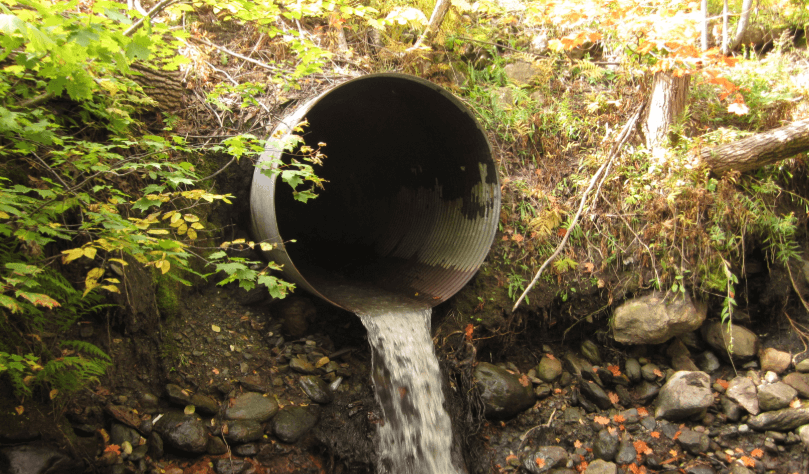 By a 4-4 split vote, the U.S. Supreme Court affirmed the 9th Circuit’s ruling in Washington’s long-running culvert case. The split vote upholds the lower court’s ruling requiring the state to replace and fix certain barriers that block salmon migration. Justice Anthony Kennedy did not take part in the decision of the case, as he had served on the 9th Circuit Court of Appeals during the state’s appeal. 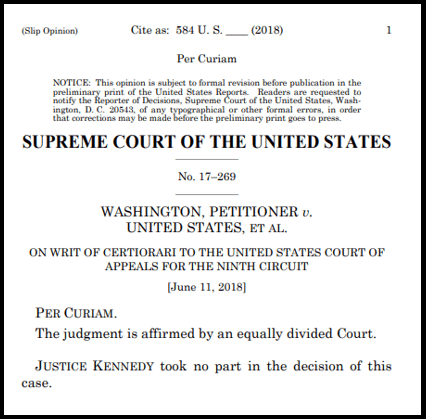 The case began in 2001 when 21 Washington tribes filed a lawsuit demanding the state repair and replace culverts that were impeding salmon migration. The tribes argued that the culverts were interfering with their reserved fishing rights as outlined in the Stevens Treaties of the 1850s. In 2007, US District Judge Ricardo Martinez ruled in favor of the tribes, and the ruling was again upheld by the 9th Circuit Court of Appeals in 2015. In 2017, Attorney General Ferguson filed a petition with the U.S. Supreme Court to review the decision.

In response to the ruling, AG Ferguson says it’s disappointing that the state will be responsible for 100 percent of the costs of replacing the culverts when the federal government provided the “faulty culvert design.” He says,

“Today’s ruling brings a resolution to a case that has gone on for nearly 20 years, defended by multiple attorneys general. It is unfortunate that Washington state taxpayers will be shouldering all the responsibility for the federal government’s faulty culvert design. The Legislature has a big responsibility in front of it to ensure the state meets its obligation under the court’s ruling. It’s also time for others to step up in order to make this a positive, meaningful ruling for salmon. Salmon cannot reach many state culverts because they are blocked by culverts owned by others. For example, King County alone owns several thousand more culverts than are contained in the entire state highway system. The federal government owns even more than that in Washington state. These culverts will continue to block salmon from reaching the state’s culverts, regardless of the condition of the state’s culverts, unless those owners begin the work the state started in 1990 to replace barriers to fish.

“I look forward to working with tribal governments to advocate for the funding necessary to comply with this court order, and to ensure other culvert owners do their part to remove barriers to salmon passage.”