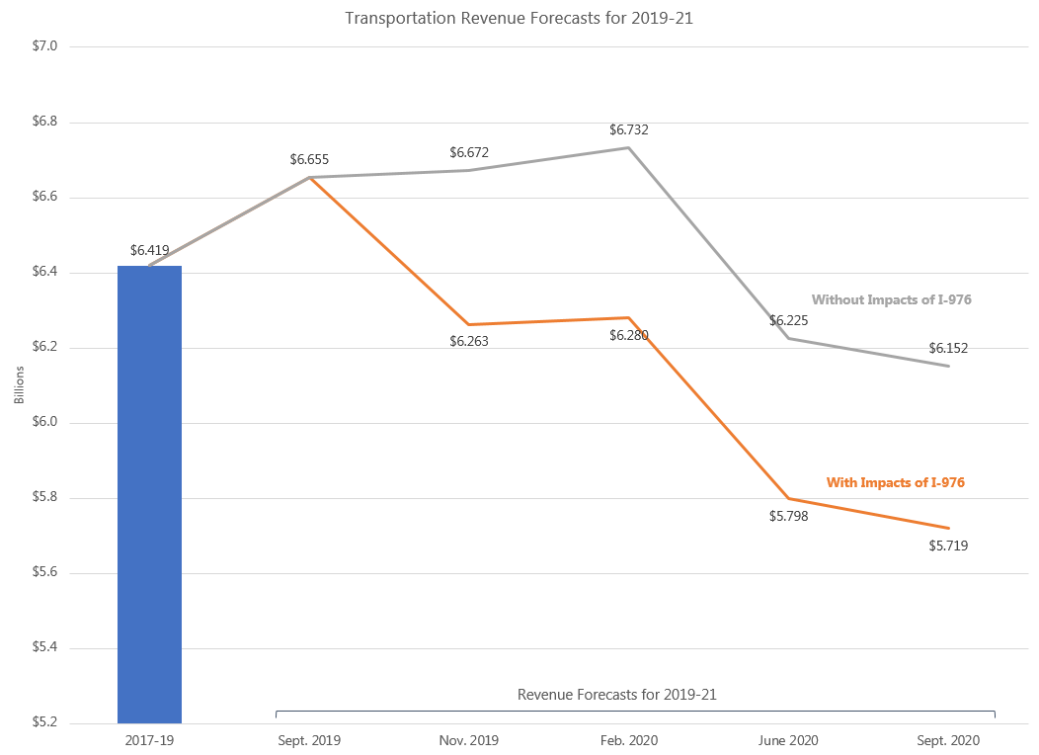 With I-976, transportation revenues were already expected to decline from 2017–19 to 2019–21. The recession is expected to deepen that decline.

These figures assume that I-976 remains in effect. The state Supreme Court has heard arguments in the lawsuit over I-976 but has not yet ruled in the case.

The Transportation Revenue Forecast Council has also been producing alternative forecasts that show what revenues would be in the absence of I-976. If I-976 were not in place, the Council estimates that 2019–21 revenues would be about $430 million higher than in the baseline forecast (but still below 2017–19 revenues). The chart shows how the revenue estimate for 2019–21 has changed with each forecast, both including and excluding the impacts from I-976.

Meanwhile, in a House Transportation Committee work session last week, Erik Hansen of the Office of Financial Management talked about the savings actions taken by the governor in response to the recession. According to him, the staff furloughs saved cabinet agencies in the transportation budget $12.7 million and eliminating the salary increase for certain workers saved those agencies $2.1 million.

This article was reposted from the Washington Research Council