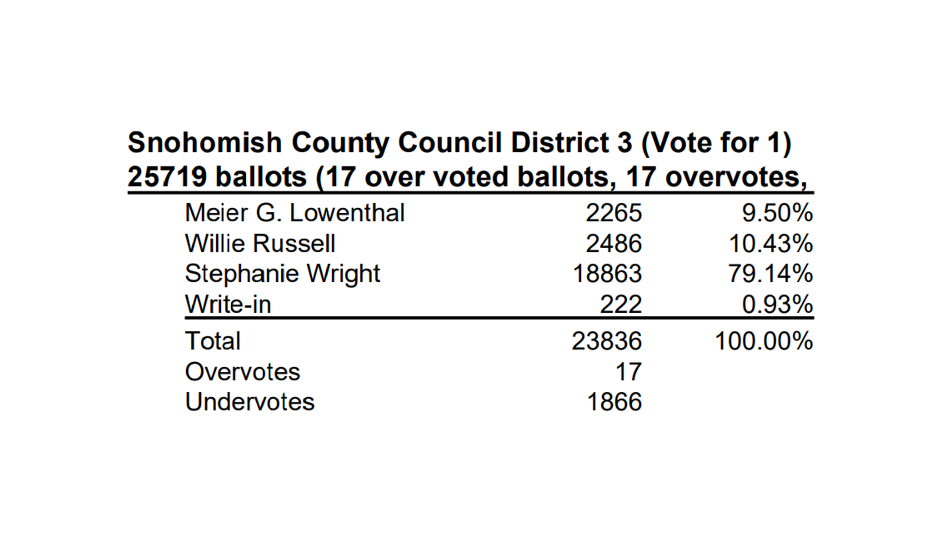 Why a sex offender would run for office: Willie Russell’s story

Willie Russell is running for the Snohomish County Council this year. He squeaked through the August primary, and will face Stephanie Wright in November for Council position 3.

He is also a Level III sex offender. You can read the narrative from the sheriff’s office database here.

I recently spoke with Russell in an extended conversation. I wanted to ask him about his interest in running, and about his campaign. But, I was particularly interested in understanding why, with his background, he would be willing to put himself out there in the public domain.

My story is not a lot different from thousands of other people. Let’s start with the elephant in the room: my conviction.

Russell says he brought forward a complaint against then-Judge Gary Little and Pastor Donald Barnett of Community Chapel Bible Training Center. Both of whom, Russell says, were involved in the sexual abuse and misconduct of his children.

Gary Little committed suicide upon release of allegations by a number of alleged victims. Donald Barnett preached about the value of French kissing children and having sexual “connections” or “spiritual dances” with kids and adults.

I made a complaint.  Within 6 months of making the complaint I was a criminal.

I waited two years to go to trial. The allegation was that I took a 15 yo girl to McDonald’s and tried to rape her in the back of a van.

According to Cornell Law, “A directed verdict is a ruling entered by a trial judge after determining that there is no legally sufficient evidentiary basis for a reasonable jury to reach a different conclusion.”

I’ve been labeled a Level III sex offender for the last 33 years, even though there was no evidence of a rape.

In our 30 minute conversation, Russell came across as sincere and passionate about his community and public service. Still, at an energetic 61 years old, it was clear the baggage of a life of challenges had taken its toll on him.

“Sir, I have videos of folks standing outside my house at 7:00 am on a Sunday screaming “a pedophile lives here!”  My neighbors will say “We won’t call the police because we are more scared of you than we are Mr. Russell.”

I’ve been the president of my homeowner’s association. I got elected as Democratic PCO here where there hasn’t been a PCO in 11 years.

Russell comes off as an earnest civic participant in our call. He cites the 4th Amendment to the US Constitution, rattles off details about the county judicial system, and cites budget numbers.

He also shows he’s not your typical policy geek. When I ask about what he makes of the challenge of running for office while having a public record like he does, he sharpens his elbows a little.

Russell also runs a novel business where he creates housing opportunities for ex-convicts or others that are facing housing insecurity.

He works with investors to buy mobile homes, and then cleans them up and makes them available as low income housing. He says it’s a model that has resulted in 217 individuals in homes.

He also says he has helped register over 65,000 felons to vote in Snohomish County alone.

Russell says he doesn’t expect to win his race. He received about 10% of the vote to his opponent’s 79%, coming in second out of three candidates.

My name is Willie Russell, not Willie Wonka: I don’t sugar coat things.

I’m not here to make people happy. I’m here to make sure we’re all treated equally, with fairness and respect.  The message is the same whether you’re a Republican or a Democrat: we’re all in this together.