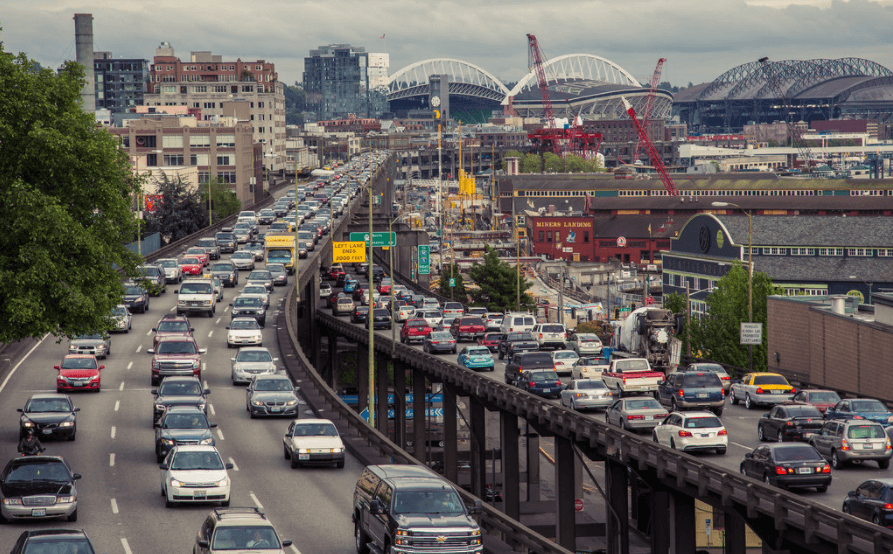 What conclusions should we draw from the Seattle primary?

Ballots are still coming in, but early results indicate Seattle voters value candidates with experience, but who promise to deliver enough change from the status quo to garner their support.

This was highlighted by the Seattle mayoral race, said Andrew Villeneuve, director of the Northwest Progressive Institute, as both candidates likely moving on to the general election bring with them significant city hall know-how. As of Friday morning, former city council member Bruce Harrell was in the lead with nearly 37% of the vote, followed by current city council President M. Lorena González with just under 30%.

“It does make sense that Bruce and Lorena are running away with this, because they have name familiarity,” Villenueve said. “They are different enough that people who want something different from city hall” will also vote for them.

Seattle’s current mayor, Jenny Durkan, has received criticism from both sides, especially over her handling of protests last summer. From the left, she’s criticized for being at the helm during the protests, when Seattle police officers squared off against demonstrators and flooded the Capitol Hill neighborhood with tear gas. From the right, she’s criticized for not taking a harder stance on public safety.

Harrell has billed himself as an agent of change, but also a candidate invested in taking a steady approach to tackling the major issues the city faces, like the homelessness crisis, racial inequality, and the pandemic. Villeneuve said González is pitching bolder change, and the fact that she’s a current city hall insider who knows the barriers to passing legislation. Harrell also has significant experience, and only retired from his council seat in 2019. But even then, Villeneuve said it gives him enough distance to give a sense of being distanced.

“These are two candidates who have some similarities, but also a lot of differences in their general outlooks,” Villeneuve said.

For John Wyble, of the progressive WinPower Strategies consulting group which worked on Colleen Echohawk’s campaign, the mayoral campaign is illustrative of the rise of a more institutional politic. He pointed out the support which Harrell gained from business — a PAC that supports his election bid is headed by members of the Downtown Seattle Association and other property and development groups.

González’s supporters in opposition, he noted, includes powerful union backing from UFCW 21, Local 8 of the Hospitality Union of the Northwest, and the progressive Congressional mainstays Bernie Sanders and Pramila Jayapal.

Attracting this level of support made them the clear frontrunners, he said.

“It was sort of baked in early that these folks were going to get behind these candidates.”

“It strikes me that part of his success in the primary, and what I think sets him up for likely success in the general — based on the results that came in — is that he is not a polarizing figure.”

And ideology aside, Paul Guppy, vice president for research with the Washington Policy Center, said voters in general are looking for effective local government.

“I think voters are looking for stability and substance on who’s going to run the government.”

Given the positions that the top two candidates find themselves in, it’s essentially guaranteed voters will get to choose between Harrell and González in the November election.

That same assurance certainty doesn’t extend to the city attorney race, where incumbent Pete Holmes is fighting to keep his seat against a challenge from the right by way of Ann Davison — who is running on greater enforcement of laws — and from his left from Nicole Thomas-Kennedy, who wants to abolish much of the justice system she views as ineffective or perpetuating inequality.

Holmes is seeking a fourth term and has staked out the middle lane in the race. But as of Friday morning, the results were not promising, as he slid to third with 32% of the vote. Davison maintained a narrow lead at 34.5%, followed closely by Thomas-Kennedy with 33.19%. At this point, who will make it through the primary is anyone’s guess with just over 3,000 votes separating the frontrunner from Holmes.

It’s a race where Villeneuve said ideology plays a larger role, and it’s not clear which one Seattle voters favor just yet. If Holmes manages to make it past the primary, it will come down to voters to decide whether they like Holmes and his more moderate style enough to retain him against the right and left candidates, even with criticism of his handling of the homelessness crisis and public safety.

Lamb said if Holmes makes the November ballot, his chances against Thomas-Kennedy are better than against Davison, as voters who may shy away from the progressive’s policies could back Davison.

But Wyble was wary of underestimating Seattle’s left, pointing to the popularity of candidates like Nikkita Oliver — who is running for the city council’s Pos. 9 seat — as indicative of this, as well as King County’s support for Joe Biden in the presidential election.

“I think that left lane might be equally strong,” he said. “… We’re just not going to get a Republican.”

Speaking of Seattle city council races, the biggest surprise came by way of Sara Nelson’s strong performance in the Post. 9 race. The Fremont Brewing owner garnered just over 41% of the vote as of Friday morning, while long-time community activist and former mayoral candidate Nikkita Oliver was in a strong second with nearly 36.5%.

A poll released by the Northwest Progressive Institute in July pegged Oliver as the frontrunner with 26%, followed by Nelson with a distant 11%. Villeneuve said he believes that surge came after people got their ballots, and after the poll was conducted.

While Oliver has been running a strong grassroots campaign, he said, once people got their ballots and voters guides, Oliver’s progressive platforms may have pushed some into supporting Nelson’s more moderate platforms.

Finally, in the city council Pos. 8 race, incumbent Teresa Mosqueda was easily cruising to the general election, gaining more than 56% of the vote. Kenneth Wilson came in a distant second with more than 17%, which surprised Villeneuve, who said Wilson hadn’t done much visible campaigning.

The election results will be certified by each county by Aug. 17, followed by Washington State in the following days. Since Washington conducts mail-in voting, ballots are expected to continue arriving in the coming days, with the majority of remaining ballots coming in by this evening.