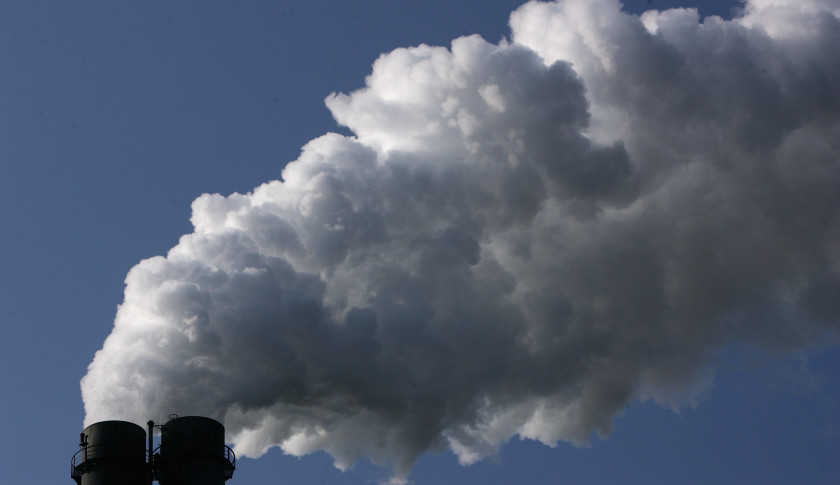 Inslee and a task force he set up earlier this year will be convening in Seattle Monday morning to go over the task force’s final report, which is intended to spell out the advantages and disadvantages of two market-driven methods of reducing carbon emissions, a cap-and-trade program or a carbon tax.

The Republican-held Senate Transportation Committee will be convening Thursday afternoon at 1:30 to discuss the recommendations as well as a possible low-carbon fuels standard in Washington.

Here are some answers to questions you may have about the week ahead.

What’s the significance of the task force report?

The report, from the Carbon Emissions Reductions Taskforce, will help build the governor’s case to the Legislature that either a cap and trade or a carbon tax would be an effective, economically viable means of combating climate change in Washington state.

Economic analysis commissioned by the Office of Financial Management, and discussed at a CERT meeting last month, concluded that the programs’ long-range impact on the state’s economy could be beneficial, with new jobs created by fostering a stronger market for electronic vehicles, new technology to reduce emissions or conserve energy, and others.

The analysis also dismissed concerns over potential increases in the cost of gasoline because of the policies, noting that gas prices – currently under $3 a gallon in some areas of Washington – fluctuate so drastically based on market conditions.

Republicans and business groups such as the National Federation of Independent Business have raised opposition to the programs precisely because they believe the programs will be too costly to consumers, with an NFIB study concluding last month that a low-carbon fuels standard would cost Washington 11,000 jobs. The governor’s office disputes underlying elements of that study’s analysis.

What’s happened up until now?

This is a second bite of the apple, so to speak, for the governor, who spearheaded a prior effort called the Climate Legislative and Executive Working Group last year that had an almost identical focus, but consisted of legislators such as Sen. Doug Ericksen, R-Ferndale, Sen. Kevin Ranker, D-Orcas Island, Rep. Joe Fitzgibbon, D-Seattle, and Rep. Shelly Short, R-Addy.

Perhaps unsurprisingly, the group could not reach accord on climate policy, and submitted dueling reports back to the Legislature, with the Democrats favoring the market programs, and Republicans arguing they’re unnecessary and pointlessly costly while asserting that the state could achieve the same goals using nuclear energy, enhanced hydropower and conservation methods.

Inslee issued an executive order this spring, convening the CERT group and ordering others to begin studying use of solar power, fostering incentives for electric vehicles, and analyzing the potential for a low-carbon fuels standard statewide, among other measures.

So, what is CERT going to say?

According to the Governor’s Office, the taskforce report isn’t going to tell Inslee he should choose a cap-and-trade program over a carbon tax, but rather offer him advice as he makes his own decision on what to bring to the Legislature.

How would these programs work?

A cap-and-trade sets a limit on emissions from sources of the pollutant within the state, and then creates a market for the permits for emissions to be bought and sold, generating revenue based on the price of carbon that can then be plugged back into programs helping the state address the impacts of climate change, or make further achievements in conservation.

A carbon tax would levy a fee on production and burning of fossil fuels, based on their resultant carbon emissions. Proponents argue it would force utilities, industries and consumers onto cleaner sources of energy, but opponents say it’s just another name for a gas tax.

Which would Inslee prefer?

The governor has been tight-lipped on saying which program he’d like to bring to the Legislature, but during a news conference earlier this month he did make a point of saying carbon taxes have a greater hurdle in achieving behavioral changes in society. Raising the price of fuel, as a carbon tax would propose to do, doesn’t necessarily lead people to drive less and take the bus more, for example.

OFM is in the final stages of wrapping up a report on LCFS, which Inslee has asserted he has the authority to implement by executive order. The standard sets out long-term benchmarks for lowering the carbon intensity in fuel, by blending ethanol, or lowering the overall emissions from the transportation sector by increasing use of electric cars.

Supporters of such programs say it’s the one method that takes on Washington’s largest source of emissions, transportation, which accounts for 44 percent of the state’s overall total. But it’s taken heavy criticism from business groups who argue that the technology hasn’t advanced far enough to even accomplish the long term goals, and would result in raising the cost of gas by a dollar or more – conclusions, again, disputed by the Governor’s Office.

OFM plans to have the report finished by the end of the month, but LCFS will be featured in a presentation before the Senate Transportation Committee on Thursday afternoon, which could have the potential to feature some political fireworks.

What’s Inslee been doing to promote this agenda?

The governor has been busy touring the state in advance of the 2015 session, trying to drum up popular support for his environmental policies. Over the last several months, he’s been to the Taylor Shellfish farms, city of Anacortes, King County’s West Point Treatment Plant, in Bellingham, at an irrigation district in Wapato, in the Columbia River Gorge, and the Chehalis River Basin and floodplain.

The tour wraps up Monday afternoon with a focus on climate change’s impact on health of low-income communities, with a stop in South Park in Seattle, and a tour of El Centro De La Raza, also in South Seattle.

So how will Republicans respond?

You can expect a growing chorus of Republican lawmakers will begin calling loudly for examining alternatives to the governor’s ultimate proposals.

A focus on hydropower, nuclear energy and conserving megawatts rather than generating more seems a likely focus, and Benton County Republican Sen. Sharon Brown said in a news release last week that this is the best means of creating new jobs, cutting emissions and not causing damage to the overall economy.

“If you’re looking for green jobs, we’ve found them,” Brown said in the news release. “By working together, we can achieve a win for employers, a win for consumers and a win for the environment.”