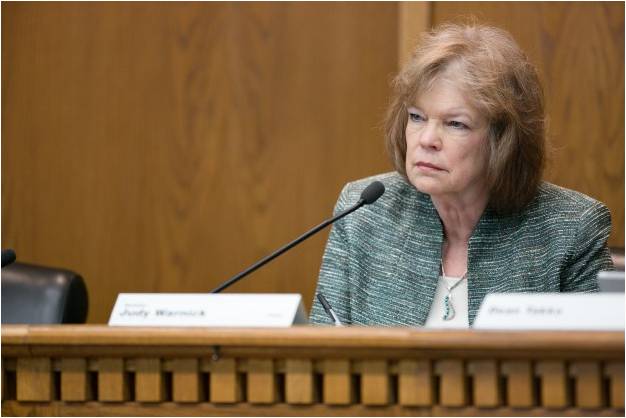 Welcome to candidate filing week, where like MLB Opening Day, hope springs eternal!  Unfortunately, the Mariners are now farther back in the AL West than they have been at this point in the season since 2004.  A word of wisdom perhaps to candidates from the M’s: not everything goes according to plan during a campaign.

We had a great breakfast turnout last week – thanks to the folks that made it out join us bright and early.  The audio podcast from that event is included below along with four other items we think are worth keeping your eye on this week.

1. The role of water in the budget deal 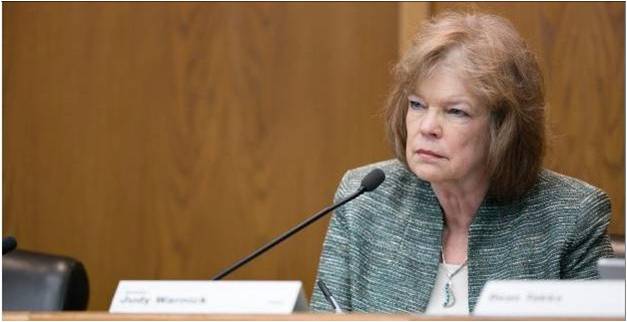 I’m told that no budget deal is getting done unless there is a solution to the Hirst decision, which Republicans have been asking for all session.  The Hirst decision is a Supreme Court ruling that limits the permitting of new wells outside of municipal water systems. We’ve covered the issue as it has played out during the legislative session.

A key bill that would overturn the ruling has passed the Senate and now sits in committee in the House. Sen. Judy Warnick sponsored the bill, and talked with us in March about the bill’s intent. “Counties generally don’t have the staff, they don’t have the funding to determine these water levels and water issues, nor do our private land owners.  In an area where there are no water issues, they should be able to do it just as they have for a long time in this state.”

That comes from a draft podcast segment we produced but hadn’t intended to use.  But, that goes to show how things role in the legislature: nothing is over until it’s over.

In one of the most brazen moves of public policy, the Trump administration recently told the Northwest Immigrants Rights Project (NWIRP) to “cease and desist from representing aliens.” The “Disciplinary Counsel” that wrote the letter from USDOJ claimed various forms from NWIRP had variations in signatures suggesting multiple attorneys were working on the case.

The action by the Trump Administration essentially says that non-profit immigrant rights groups may be subject to “disciplinary sanction” for fulfilling their mission to protect migrants. As of May 4th, there were approximately 8,882 pending cases in the Seattle and Tacoma immigration courts, according to our reporter, Kylie Walsh’s write up.  We have a full write up here. Last week, NWIRP filed suit to block the DOJ’s action, citing it violated their freedom of speech.

The NWIRP is the group that filed the class action lawsuit against the Trump administration’s executive order closing the borders to residents of specific Muslim countries.

Our columnist Keith Schipper covered this issue earlier this year, one that includes a diversity of perspectives, to be sure. The initiative moves into the signature gathering phase. Observers of the issue tell me that once an opinion forms on this issue among the electorate, it’s hard to move them off it. And, that opinions vary greatly between urban centers and suburban areas where an off year election like this one will be more heavily weighted (relative to even year voter turn out).

4. Podcast: Looking back on the legislative session

We held our breakfast last week with Republican Rep. Paul Graves, Democratic Sen. David Frockt, and Nathan Johnson, Chief Policy Officer from the Washington State Health Care Authority.  And, we’ve turned it into a podcast which you can check out here.

These breakfast events are a way to build conversation and dialog in a more intimate but structured setting.  We’ll do one more on June 6th, which we’ll release later this week. We’ll dig into the issue of the insurance market and the impact of federal policy uncertainty on the future of care financing in Washington State. We’d love to have you with us.

5.  Mayoral race: Only in Seattle…

With candidate filing open this week, it looks classic political theory about demographics, the “establishment” and their meaning may be turned on its head.  For example, it looks like Seattle’s institutional candidate is Jenny Durkan, a lesbian with deep Seattle roots who mentions her part in the “running of the Rainiers” commercial as part of her connection to the community. (I joke, but that is a powerful tool that says “I’m deeply of this place.”)

The revolutionary at the gates may be a straight white man that previously served a term as mayor. (Let’s be honest though: McGinn was never accepted by the Seattle establishment while mayor.)

Is this the kind of mashup that happens because we live in a time of Trump – something that had turned politics on its head?  Or is this the sort of thing that only happens in Seattle?