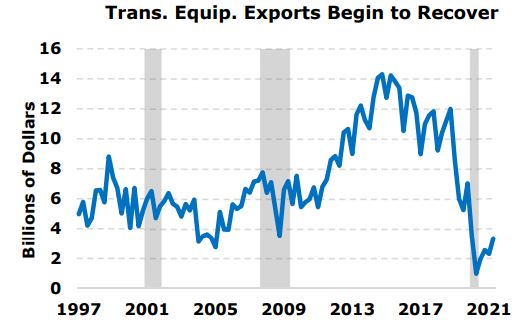 Washington State’s revenue projections are in better shape than predicted, according to a recently-released Economic and Revenue Forecast Council monthly update.

The update covered the period from July 11 to Aug. 10 2021. One of the big takeaways is that Washington exports of transportation equipment, mostly of Boeing airplanes, increased for the first time in two-and-a-half years. Over the prior year, transportation equipment exports have risen 241%. Agriculture exports increased slightly, excluding soybeans and corn, and exports from all other sectors increased 20% over the year.

Revenue Act taxes consisting of sales, use, B&O, utility and tobacco product taxes and associated penalty and interest payments came in $58.7 million higher than the June forecast. Cumulatively, collections are now $45.3 million higher than forecasted due to the prior month’s shortfall.

One of the most significant revenue increases came by way of the real estate excise tax (REET), which clocked in at $55.5 million, 41.7% higher than forecasted.

“The variance was entirely due to a spike in sales of large commercial property (property valued at $10 million or more), which jumped to $2.56 billion after last month’s sum of $847 million.”

Some national statistics from the report also include: