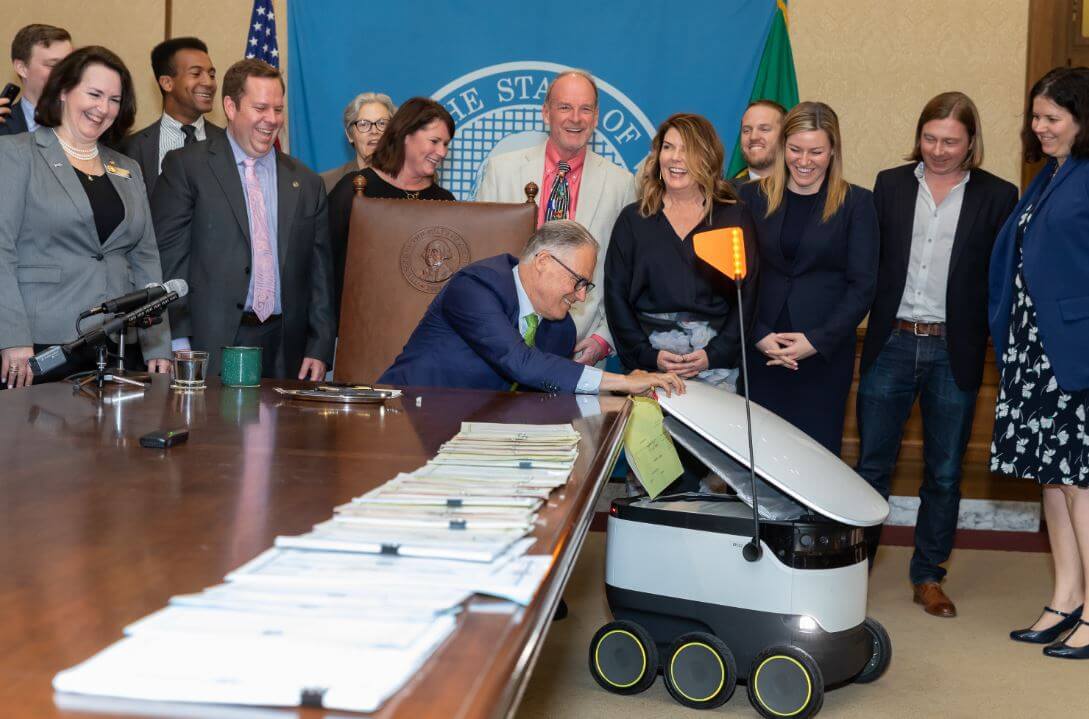 This press release was provided by Starship Technologies.

The legislation permits the use of Starship Technologies’ Personal Delivery Devices in the state of Washington and marks the eighth state-wide approval for PDDs on sidewalks and crosswalks in the United States. In 2017, Virginia passed the first state law in the U.S. to regulate the devices and was soon followed by Idaho, Wisconsin, Florida, Ohio, Utah and Arizona. Starship often works with states when it comes to regulations around PDDs and played a key role in this bill.

Starship Technologies is the world’s leading autonomous delivery service and operates commercially on a daily basis around the world. Its zero emission robots have completed over 50,000 deliveries and travelled more than 200,000 miles around the world.

The robots reduce congestion and pollution through the use a combination of sophisticated machine learning, artificial intelligence and sensors to travel on sidewalks and navigate around obstacles, thereby removing cars and vans from the delivery process. The computer vision-based navigation helps the robots to map their environment to the nearest inch, to ensure safety and convenience for pedestrians. Starship robots can cross streets, climb curbs, travel at night and operate in both rain and snow. In addition, the robots are stored in pods where their batteries are automatically switched so they can continue to operate independently, with no human involvement.

“We’d like to thank Representative Shelley Kloba, Senator Marko Liias and Governor Jay Inslee for their support on this bill,” said Lex Bayer, CEO of Starship Technologies. “They appreciate how technology will shape our future and the positive impact delivery robots provide for the people of Washington, local businesses and the environment. We look forward to becoming a valued part of the community.”