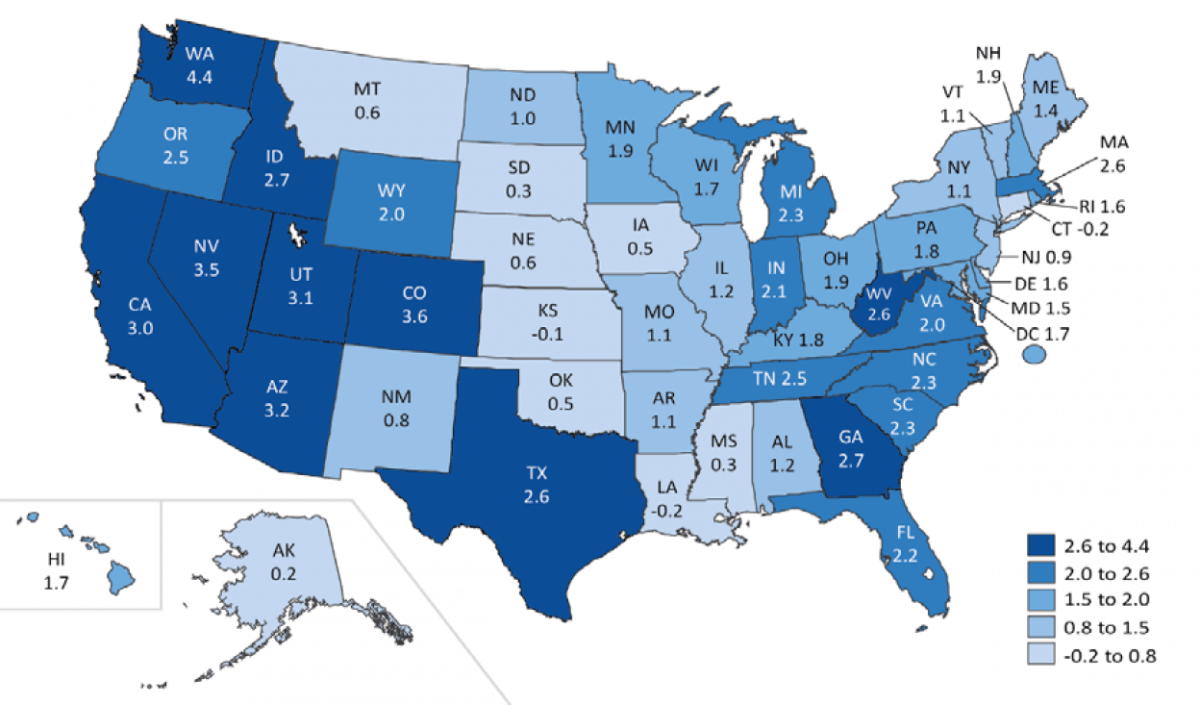 The US Bureau of Economic Analysis released its data on GDP growth by state in 2017 and it turns out Washington State was at the top.

The state had a GDP growth rate of 4.4%, first among all states.  No other state was over 4%.  The national GDP growth was 2.1%.  Unlike state GDP numbers, the federal economic growth also includes defense expenditures.

GDP, or growth domestic product, is the sum of all activity in a given economy and is the most common measurement of an economy’s overall size.

Brian Bonlender, the Director of the Washington State Department of Commerce, pointed to international trade and a culture of inclusion in Washington State as factors underpinning the growth.

For 2nd year in a row, our GDP grew at fastest rate in the US. This year 4.4%! Thriving economy proves value of international engagement & inclusive leadership. Initiatives like #WAMaritimeBlue show we can lead nation in both #cleantech & prosperity. https://t.co/f3SEASsC57

According to the BEA, “Retail trade and information services were the leading contributors to the increase in real GDP in Washington, the fastest growing state.”

GDP growth in 2017 by state is illustrated below. 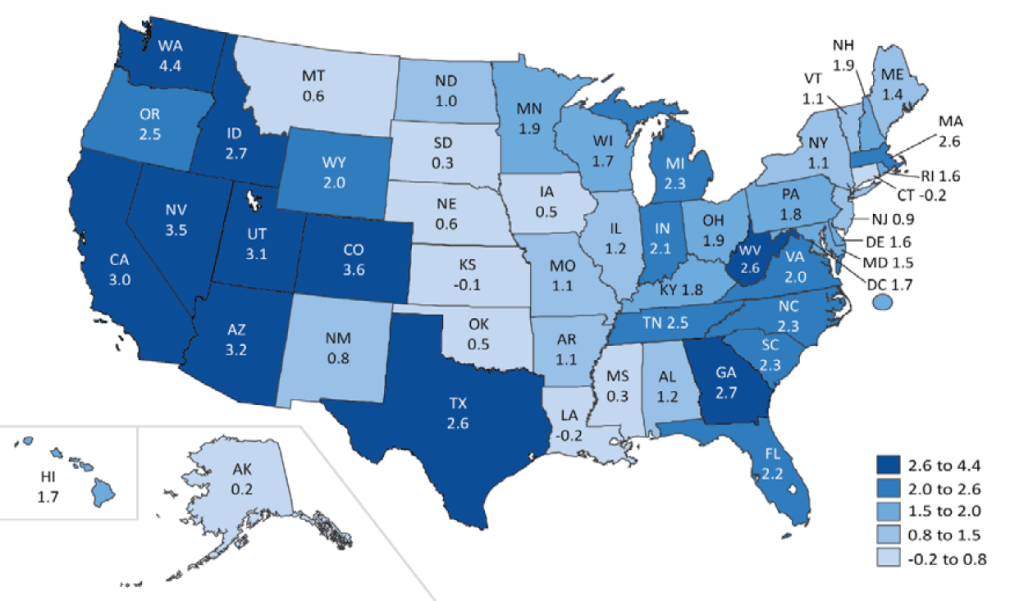