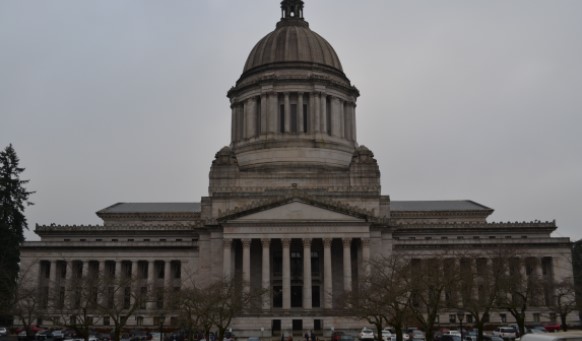 Senate Bill 5149 would establish a covered lives assessment for the purpose of funding the Foundational Public Health Services Account, moved to the Senate Ways and Means committee after a proposed substitute was added to the bill.

The proposed substitute to the bill sets a maximum per member per month rate and total assessment to be collected each fiscal year. It also would begin the collection for the assessment in the 2022 fiscal year, remove limited health care services plans from the definition of covered lives and amend the public health services account to direct 100% of the funding to fund public health services.

Senator June Robinson, the sponsor of SB 5149, said in a statement that the purpose of this bill is to create reliable funding for public health.

The crucial work of our public health professionals has been woefully underfunded for years, and the coronavirus pandemic makes this clear. This common-sense policy would finally establish a permanent, reliable funding source for the important work our public health districts do in our communities to help Washingtonians stay healthy.”

Chair Annette Cleveland urged a yes vote on this bill, saying that in no other time in our lives has it been more evident that a strong public health system is needed.

The bill passed with seven members voting to refer the bill to Ways and Means. Five, including Sens. Ron Muzzall, Jeff Holy, Mike Padden, Ann Rivers and Jeff Wilson, voted against the bill. Muzzall based his disagreement on the bill because he believes the tax would just get passed on to employers.

Whether we say it’s the insurance companies, it’s the people paying the bills that are going to be affected.”

Senate Bill 5020, which would assess a penalty on unsupported prescription drug price increases, moved to Ways and Means after a substitute bill and two proposed amendments were approved.

The amendments removed distributors from entities that may be penalized for removing identified drugs from the market and makes the bill inoperable if the use of an unsupported price increase report is found invalid.

Senator Karen Kieser, the sponsor of the bill, said that although the bill might not be completely “cooked,” she thinks that this bill is important and that moving it to Ways and Means will help finish the bill.

We all know that prescription drug price increases [are] driving the increase in health care costs, and what we’re trying to get at here is the difference between prescription drug price increases that are based on real cost … and are justified in their price, and I’m not criticizing that. But we have had, sadly, a lot of hedge fund involvement in the drug manufacturing world.”

The bill passed with six members voting to refer the bill to Ways and Means. Four, including Muzzall, Padden, Rivers, and Wilson, voted to not pass the bill. Holy voted that the bill be referred to Ways and Means without recommendation.

Senate Bill 5325, which was a bill originally relating to audio-only telemedicine, passed to Ways and Means after a substitute bill was proposed and passed.

The bill passed unanimously to Ways and Means.