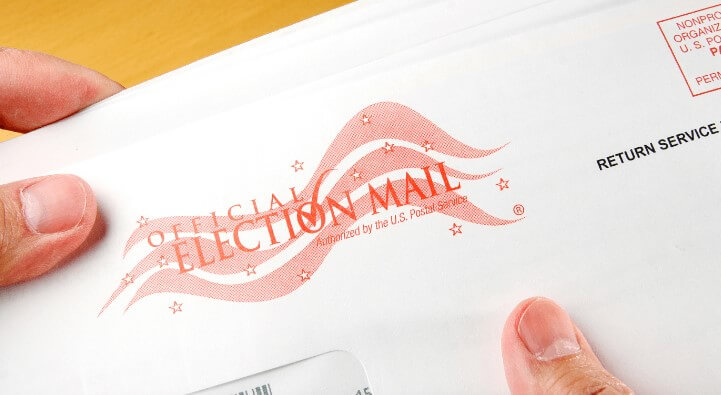 A bill to move Washington’s presidential primary vote to the second Tuesday in March passed through both chambers of the Legislature. Now, it requires only a signature from Gov. Jay Inslee to become law.

The idea behind the move is to give Washington more leverage in the nomination of presidential candidates. Washington currently holds its primary vote in late May, when most states have already held primaries or caucuses and the field of candidates has narrowed.


Within the current system, Washington’s political parties differ in how they choose delegates to send to their national conventions. Staff analysis for this year’s bill provides 2016 as an example of the piecemeal system in action.

Bernie Sanders beat Hillary Clinton in Democratic caucus results, so the party awarded Sanders more delegates. About 230,000 people participated. Hillary Clinton later won the party’s primary, though, when over 800,000 people voted. Her triumph in the primary, when there was far higher voter participation, didn’t ultimately have an impact on how the Democrats awarded delegates.

Republicans that year, meanwhile, awarded almost all of their delegates to then-candidate Donald Trump based on primary results. By that time, he was the only candidate from his party who hadn’t withdrawn.

Both parties were in support of moving the primary up. But, votes in both chambers were largely along party lines.

Arguments against the bill’s final passage in the House centered on one aspect of the bill: the requirement for voters to affiliate with a party in order to participate in the primary.

A bill requested by Secretary of State Kim Wyman and prime-sponsored by Republican Sen. Hans Zeiger would’ve allowed unaffiliated voters to cast their votes from a list that combined the candidates chosen by both parties.

However, neither national party takes unaffiliated votes into consideration when allocating delegates. The bill’s prime sponsor, Democratic Sen. Sam Hunt, said that “it’s not participation if your vote does not count.”

“The presidential primary is part of the national presidential nominating process,” Hunt said. “For the primary to be part of Washington state’s delegate selection process, it must be consistent with nominating rules established by the national political parties. The states are not free to enact whatever primary they want. The parties require that only ballots from voters who identify with that party may be considered as valid.”

But several Republican Representatives — like Rep. Jeremie Dufault — argued in debate that the requirement to affiliate limited participation for independent voters.

“While we can all agree on certain tenets of this bill, mainly that we move the presidential primary forward so that the voters of Washington State have a louder voice, the issue I have with this bill — and the reason I’ll be voting no — is because we want to elevate the voters above our parties,” Dufault said. “We want to elevate the individual above groups that some people are not a part of.”

“If voting is addictive and contagious, then shouldn’t we, as a body, be doing absolutely everything we can to get people to the polls?” Irwin said. “Instead of limiting them, putting a thought-police system in place that says: You can only do it if you identify with one party or another. What if they don’t identify that way?”

The bill would also allow government agencies and political parties to keep records that link voters’ names to their declared political party affiliation.

The measure’s advocates emphasized that the bill doesn’t impact who can participate in the general election, and that the most important action of the bill is to move away from party caucuses.

“The bill before us first moves the date of the presidential primary,” Rep. Zack Hudgins said in floor debate. “And we’ve heard a lot of discussion from both sides of the aisle, from our Secretary of State, about the benefits that we might get from that. There’s even a possibility for organizing a regional primary, so we would get some more attention from national candidates. I think the rest of the bill is about switching us from a caucus state to a primary state, where people know the process, where they understand the process.”

Whether the parties fall in line and do turn Washington to “a primary state” is yet to be determined on the Democratic side.

“We really favor a primary where ballots come to your home, or, if you’re stationed overseas, it comes to you there,” Heimlich said.

Heimlich posited that caucuses limit access for people who work on weekends, are in the military, or have disabilities.

Washington State Democrats started collecting public comment on whether it should stick with its caucus system or switch to a hybrid primary-caucus the day after the bill passed. Its governing body will vote to decide which system it will use in mid-April. Under the hybrid plan, primary results would be used to allocate delegates among candidates; caucuses and conventions would determine who those delegates are.

Once the bill becomes law, the 2020 presidential primary vote would be scheduled for March 10.