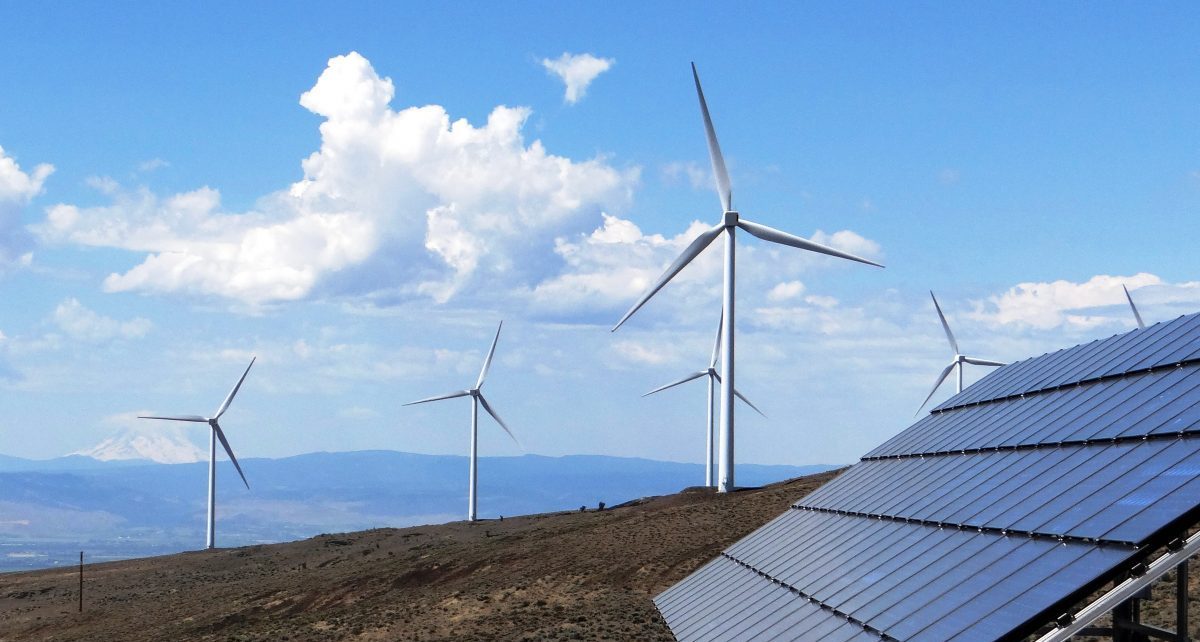 Most people agree that clean renewable energy is good for the environment. The big question is, can the transition away from fossil fuels be done in a way that doesn’t hurt the economy or threaten jobs in our state? The answer is a resounding yes.

After transportation, our electric sector is our state’s second largest source of carbon emissions. Already, our utilities are investing in energy storage options that enable renewable power to be used whenever and wherever it’s needed most – whether the sun is shining, or the wind is blowing. These efforts are a great step forward, but we can do better.

We can achieve an approximately 70 percent reduction in electricity-sector carbon emissions by 2035, and a 100 percent fossil-free energy grid by 2045 if our legislature passes one of the most important pieces of climate legislation currently in front of them: a 100 percent clean energy bill. This legislation, which has already gained bipartisan support in both the House and the Senate, would require electrical utilities to phase out coal-generated electricity by 2030, and all new resources acquired by Washington state electric utilities be generated from solar, wind, hydroelectric and other clean and renewable resources.

So, what about jobs and the economy? Recently, the U.S. Bureau of Labor Statistics projected that over the next decade, jobs in the renewable energy sector will grow twice as fast as any other occupation. This isn’t that surprising in Washington. Since 2006, the voter-passed Energy Independence Act (EIA) has demonstrated that good clean energy policy is also good for jobs and economic growth. Every unit of clean electricity creates more jobs than fossil fuel power. The 100 percent clean electricity bill we are advocating for will help create thousands of homegrown, family wage jobs, especially in the electric sector, and a clean energy transition will create long-term local economic growth and stabilize our electricity rates.

There are many examples of clean energy jobs already making their way to Washington State. For example, National Grid Ventures and Rye Development are exploring a “closed-loop” pumped storage hydropower project in Goldendale, a potential $2 billion investment in the state, creating thousands of jobs and more energy storage. Pumped storage works simply by pumping water uphill into a reservoir, and then releasing the water downhill (and then again uphill on a closed loop) through generating turbines when the energy is needed.

We know that solving climate change will require that we free ourselves from carbon-intensive fossil fuels. The climate and economic benefits of this commitment are well documented. So are the health benefits. According to the World Health Organization, climate change is the greatest threat to global health in the 21st Century. Climate change will amplify health impacts: heat-related illness, respiratory illness, and food and water borne illness. Children, the elderly, the sick, the poor, and some communities of color and lower income communities that live closer to highways and factories are especially vulnerable.

As KC Golden, Senior Policy Advisor for Climate Solutions and a leader in the national climate movement, recently wrote: “THE issue—the one that more than any other will determine the fate of human civilization and all other life on the planet—is ending our dependence on fossil fuels. Not completely, tomorrow; but fast, in the next couple of decades. And we can take a big, necessary step right now.”

The robust set of climate policies currently before the state legislature is historic. As leaders in the labor movement and environmental conservation, we demand that lawmakers act on climate now, while setting the state on a course toward a vibrant clean energy future.

Voters are ready for change, and they have expressed strong support for legislators who are willing to act on global warming. To make a better future for ourselves, our kids, and our grandkids, it’s time to make a 100 percent fossil-free energy system a reality.  Please join us in calling on your elected officials in Olympia to take leadership on this issue and help us build a more sustainable and equitable future for all Washingtonians.