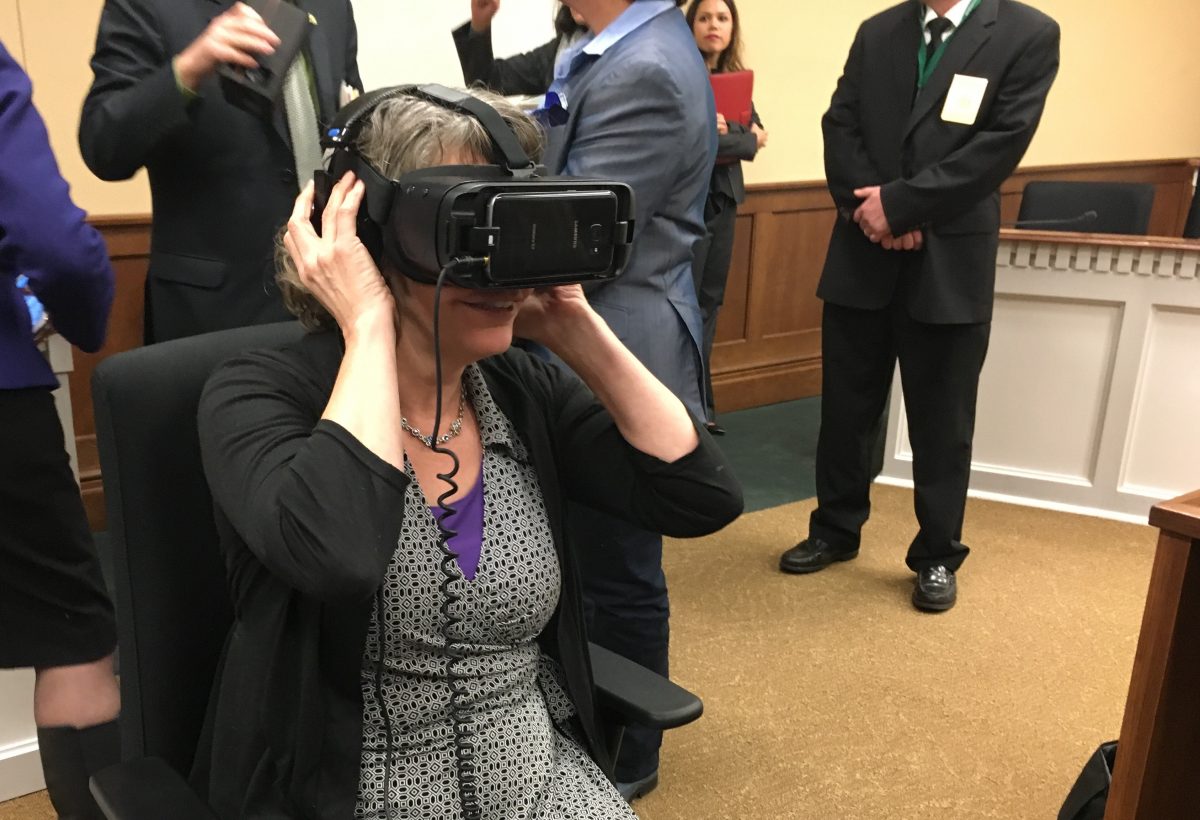 Could Washington be a home to virtual reality tech?

Washington is positioned to lead a tech boom with an emphasis on virtual reality technology, a group of virtual reality leaders told the House Technology and Development Committee Tuesday.

The group appearing for a committee work session represented investment companies, producers and organizations oriented around incubating emerging technology start-ups. They told the committee why they believed, with the right help, innovation around immersive technology could find a home in Washington.

“Our state is perfectly positioned for the cultivation and development of what we call ‘XR tehnologies,’” said Amy Lillard, executive director of Washington Filmworks, which manages state film incentive programs.

What makes it worthwhile

XR technologies have gotten attention in the past two years with the rising popularity of the messaging app, Snapchat, the release of the smartphone game, Pokemon Go and the development of the Oculus Rift, a virtual reality gaming headset.

Currently XR technologies tend to be entertainment-oriented, but the capacity for the tech is much broader, said Elizabeth Scallon, associate director of CoMotion Labs at the University of Washington.

With robust access to XR technologies, entities could prototype with less impact and less cost. A city  that wanted to re-work an intersection could test their plan in virtual reality, and go through multiple prototypes, without ever having to lay concrete, she said.

XR tech can also be an educational tool.

Surgeons could start “…practicing surgeries before they’re actually able to work on a patient,” Scallon said.

Mischa Jakupcak, joint CEO at the production studio, Mechanical Dreams, said she and her team were surprised to see one of their VR films, Eagle Bone, make it to the 2016 Toronto Film Festival.

What surprised them further was that they were screening their production alongside major production studios like FOX.

“What it showed us is that there are values and a huge, huge, huge hunger and need for content,” she said.

Karen Olson, chief marketing officer for the Space Needle, told the committee that augmented reality, in particular, could be a tool that would inspire tourism.

“For us it’s not about the tech it’s about the fascination,” she said.

Though the future for XR tech is wide open, it’s still unclear what’s ahead for virtual reality producers.

XR is costly to produce: The digital files take up extensive space and the visuals are time-consuming in post-production, said Julia Fryett, director of marketing and community development at Pixvana, a startup platform for XR content.

Fryett said her team was also working to find fixes when it came to visuals, since the images in VR headsets can be blurry.

Morris encouraged the presenters to offer insight to lawmakers about what the needs are for companies about to get going, and ensured they would all stay in contact about the development of XR in the state.