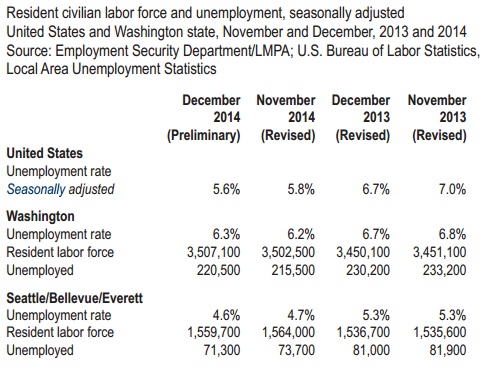 Washington Adds 7,600 Jobs in December, But Unemployment Lingers Above 6% 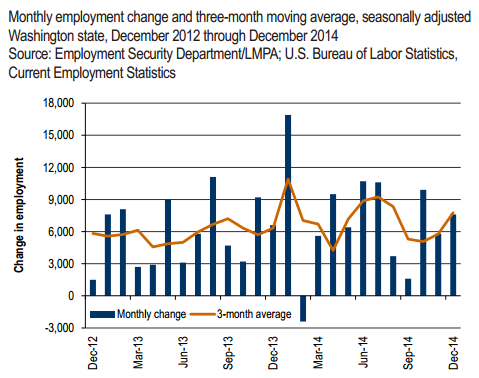 The Employment Security Department released the monthly jobs report Thursday, and it shows the state continued to add jobs throughout 2014.

While the unemployment rate was below 6 percent by midyear, it jumped back up by the fall, something labor economists have attributed to more people re-entering the workforce.

The total labor force increased by 4,600 people in December, according to the report. Job numbers from November were revised to 5,800, down from a preliminary estimate of 6,800, and the rate was 6.2 percent.

In 2014, Washington added 82,900 jobs, as private sector gains led the way with 73,400 additions. Governments hired to fill 9,500 additional positions over that time period. The unemployment rate was 6.7 percent in December of 2013, according to the report.

The strongest areas of hiring last month were in the professional and business services sector, with 3,500 jobs added, and education and health services at 2,100. Leisure and hospitality cut the most positions with 900, reflecting the seasonal nature of hiring in that industry.