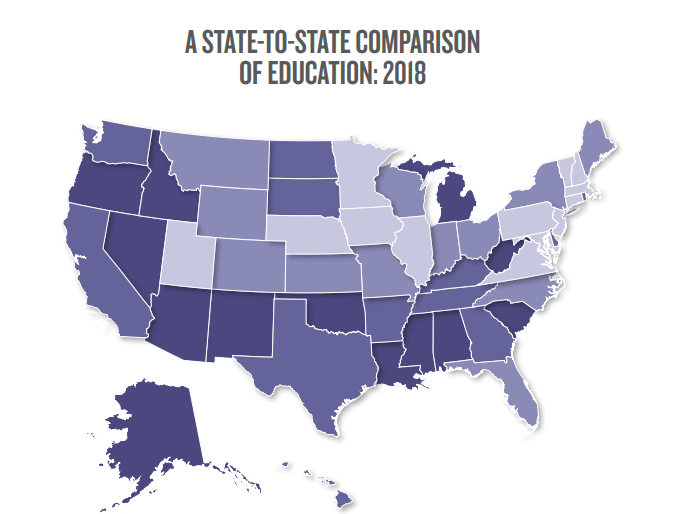 Broken down, Washington ranks 5th in health, 16th for family and community measurements, 19th in economic well-being, and 26th in education.

“Children’s health is fundamental to their overall development, and ensuring kids are born healthy is the first step toward improving their life chances,” reads the report. “Poor health in childhood affects other critical aspects of a child’s life, such as school readiness and attendance, and can have lasting consequences on his or her future health and well-being.”

The top three states for childhood well-being are New Hampshire, Massachusetts, and New Jersey. Ranking at the bottom of the list are New Mexico, Louisiana, and Mississippi.

You can explore the full data and make state-by-state comparisons here.