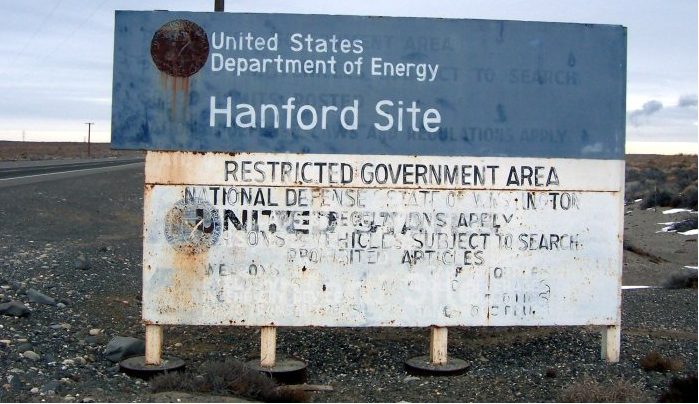 On Thursday, the Trump Victory Committee sent out an email blast touting the Trump Administration’s progress in a cleanup mission on the Hanford Site – a decommissioned nuclear production complex operated by the federal government on the Columbia River in Benton County.

While Bennett mistakenly called the Hanford Site the “Hartford Site” several times in the email,

she wrote that the Department of Energy has surpassed goals for groundwater cleanup and contaminant removal.

Over the past four years, workers operated six separate facilities that treated more than 8 billion gallons of groundwater and removed more than 300 tons of contaminants, surpassing cleanup goals every single year,” wrote Bennett.

The Hanford Site was established in 1943 as part of the Manhattan Project. It housed the B Reactor, the first full-scale plutonium production reactor in the world.

The Trump Administration’s dedication to the Hartford Site cleanup mission has far surpassed any other administration and deserves significant recognition for its commitment to delivering a cleaner and safer environment for Washingtonian families,” Bennett continued.

The Hanford Site is the most contaminated nuclear waste site in the United States, with 56 million gallons of radioactive waste buried beneath the complex.

In June 2019, the Department of Energy announced it would downgrade the radioactive waste at Hanford, as well as other sites in Idaho and South Carolina, to a lower threat level to save the government $40 billion in cleanup costs.