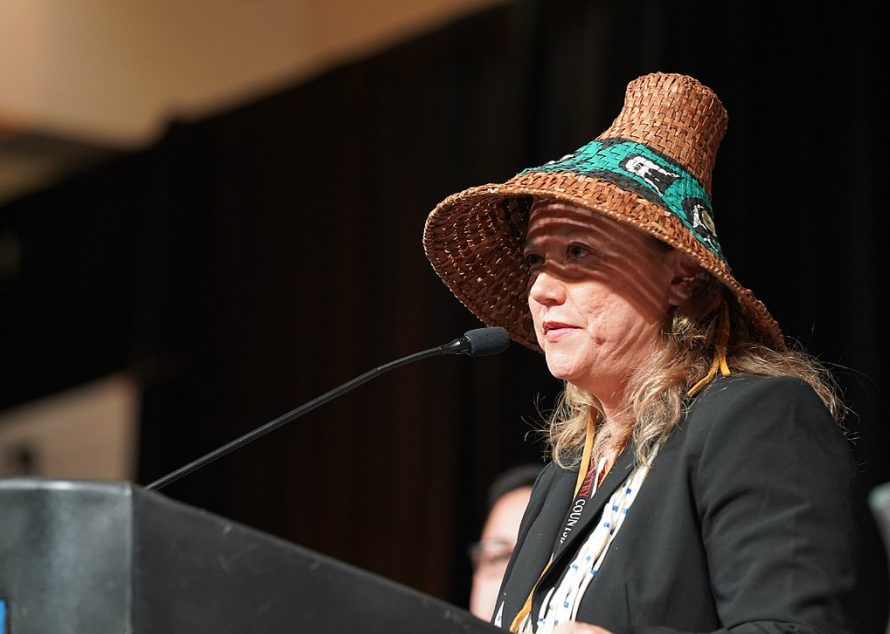 The Snoqualmie Indian Tribe joins the President of the National Congress of American Indians and allied Democratic Party legislators in condemning Governor Jay Inslee’s surprise veto of Tribal civil rights provisions in the Climate Commitment Act (CCA). After the Governor’s Office and State Legislature leaders agreed to historic guarantees of Tribal consultation and protections for Tribal sacred sites and burial grounds in the CCA, an unprecedented coalition of nineteen Tribes and their community of color and environmental allies passed the historic climate change bill.

However, on Monday May 17, Governor Inslee betrayed his word to Tribes over the objections of his own party by unilaterally vetoing all of these sections out of the bill.

“This week, Jay Inslee committed the most egregious and shameless betrayal of a deal I have ever witnessed from a politician of any party, at any level,” said Fawn Sharp, the President of the National Congress of American Indians, the Vice President of the Quinault Indian Nation, and a leading global expert on climate change and human rights law. President Sharp was elected by over 500 Tribes nationwide to represent Indian Country as its most visible elected official globally.

After using and exploiting Tribal Nation’s political capital to pass his climate bill, Jay Inslee made the cowardly decision on the day of the bill’s signing to ambush Tribal leaders by suddenly vetoing all Tribal consultation requirements and all protections for Native American sacred sites and burial grounds that his office and the State Legislature had negotiated as a condition of the bill’s passage. Jay Inslee will be mercilessly judged by history long after Indigenous Peoples triumph over his petty veto and continue to lead the world’s fight against climate change.”

“The only thing I will ever agree with Donald Trump about is that Jay Inslee is a snake,” President Sharp concluded.

To plainly speak the truth, Governor Inslee used, exploited, and betrayed Tribal Nations in order to pass his climate change bill,” said Robert de los Angeles, Chairman of the Snoqualmie Indian Tribe. “Tribes across the Pacific Northwest negotiated and came to a deal with the Governor’s Office and the House and Senate leadership to protect our civil rights and our sacred sites, archeological sites, and burial grounds, and less than a month later the Governor is unilaterally breaking his side of the deal. The fact that this betrayal is occurring regarding protections for something as important as burial grounds and sacred sites is offensive beyond description. This will be a permanent stain on his record.”

Tribal leaders are joined by legislative leaders of Inslee’s own party in their opposition to Inslee’s actions.

“I definitely would not have voted for the Climate Commitment Act without the consultation language that the Tribes negotiated and the impassioned advocacy of President Guy Capoeman and Vice President Fawn Sharp of the Quinault Nation,” said Representative Mike Chapman (D-24th LD) and Chairman of the House Rural Development, Agriculture, & Natural Resources Committee. “After Washington’s Tribes were instrumental in passing the CCA, I was shocked and embarrassed both by Governor Inslee’s decision not to invite Quinault and Snoqualmie leaders to the bill signing and his surprise veto of protections for Tribal sovereignty, sacred sites, and burial grounds. Those actions do not reflect Washington’s values.”

It is absolutely pivotal that tribal leaders and the State of Washington can collaborate together on a basis of trust,” said Senator Kevin Van De Wege (D-24th), Chairman of the Senate Agriculture, Water, Natural Resources & Parks. “Governor Inslee broke trust with Washington’s Tribes in a way that complicates and damages dialogue with tribes statewide. I empathize with my constituents and friends at the Quinault Indian Nation who fought so hard for those policies only to be betrayed.”

In response to Governor Inslee’s claim that he will unilaterally convene Tribal leaders to negotiate new bill language to replace the provision vetoed, President Fawn Sharp, “As the President of the National Congress of American Indians, which represents over 500 sovereign Tribal Nations, I will not participate in any process that validates Inslee’s delusional belief that he has authority over sovereign Tribes or speaks for the Washington State Legislature or Washington State voters.”