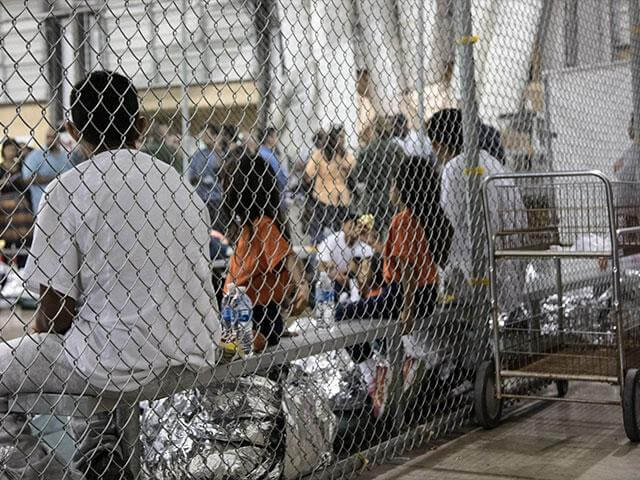 Three surprising points on family separation you may have missed

Since the June 21st executive order and Washington’s lawsuit filed June 26th, the uproar over the government’s family separation is slowly calming down, yet the situation has not really gotten any better. Last Tuesday The Wire talked to Janet Gwilym, Managing Attorney of Kids In Need of Defense (KIND), a legal services agency representing all of the 11 separated children that are located here in Washington. She shed light on three surprising facts about the family separation situation that you may have missed.

Though the Department of Justice (DOJ) officially announced the “zero-tolerance” prosecution policy on April 6, 2018, the DOJ started “testing” the policy as early as November 2017, according to Gwilym. At least two separated children were placed in Washington in these testing phases, raising the total number of separated children in Washington to 11, from the previously mentioned number of 9 tied to the April policy announcement. This was at the same time the administration said it was merely “thinking about” instituting such a policy. Explained Gwilym,

“JG:  I think we have identified 11 [separated children] in the last 8 months or so.

MH: So were there some then that were separated before the most recent policy went into place?

JG: Yes – actually what I should say is that that the zero-tolerance policy that started in late April. Before that they were testing it out so we saw a few kids that came through in the testing phases.”

None of the children placed in Washington have parents in Washington, and vice versa. That’s not even a consideration. Once families are detained at the border, the Department of Homeland Security (DHS) has 72 hours to transfer children to the custody of the Office of Refugee Resettlement (ORR). Once transferred, the two systems do not communicate at all. The children have no information with which to connect to their parents, nor do the parents know anything about the kids until someone helps them find information.

Not only that, but without any information, trying to find parents is literally a shot in the dark, with advocates guessing at parents locator numbers and calling friends in other parts of the country to check facilities. It has recently gotten a bit easier as information has been consolidated, but not thanks to the government. It has actually been private non-profits working the to match kids back with their parents as quickly as possible. As Gwilym explains,

“We had no information and we kind of just had to put a puzzle together by trying to figure out what the story was and what facilities were in the area.  And then we would investigate who are the legal services providers in that area that maybe could poke around for us.

We also tried to use the locator system where you could enter in the A numbers (locator numbers assigned to parents), but we didn’t have the A numbers for the parents so we were hoping that the  number would be consecutive to the child’s and enter that in. We did locate one that way. But the more recent cases, the numbers aren’t consecutive at all.

With the lack of communication between agencies and no communication from above, the government simply does not have a plan to reunify parents and their children. As of July 2nd, according to Gwilym, one child in Washington has been reunified. Children’s immigration cases are divorced from parents’ cases and may proceed on a completely different schedule. Some parents have already been deported without their children. Some are being pressured to choose deportation to be reunited. Even after the federal district court in San Diego ordered the government to reunite all the separated children within 30 days, when asked if there was a plan, Ms. Gwilym stated,  “Not that we are getting communicated to us.” KIND represents all the kids in Washington. She continued,

“We don’t know what is happening. We have heard a lot of rumors. Once the kids are in the ORR system, ORR begins working on a reunification plan. And that is not necessarily with a parent. It’s with someone who is living in the US, a relative or an acceptable friend. I mean they can’t be detained if there is a less restrictive alternative, so they are working on trying to release them. But if the parent eventually gets released and goes to that relative as well, then that’s how the family will get reunified.

But otherwise, there have been a lot of questions. Like what if the parent takes a deportation order? How do they get their child? Can the child be reunited through a deportation? It is tough because they kids may have a separate claim for being here.”

When will the children be reunited? No one knows. And this is perhaps the hardest part for all involved. As parents’ criminal cases proceed forward independent of their children’s slower immigration cases, already traumatized parents and children face the agonizing choices.

“For the separated children, the biggest thing is just the uncertainty that the kids and the parents face and the choices that they may have to make. It will be a choice of either staying together and being deported even though they have a claim to remain. They are running away from some awful, awful stuff – their lives are in danger. The parents must decide, do I let my child stay in the US and I return to that dangerous situation, or do we both return to that dangerous situation together? That’s the worst part of it.”

To punctuate this point on July 6th, Governor Inslee along with five Democratic governors issued a heartfelt plea for information and a plan to Secretaries Alex Azar and Kristjen Nielsen. The letter harshly criticizes the notice that children may not necessarily be reunited with their parents and reiterated many of Ms. Gwilym’s concerns above. It also reminded the Secretaries of their 30 day deadline for reunification under the district court order and asked for assurances that DNA testing information, ostensibly used to confirm familial relationships, is appropriately safeguarded. What will happen on July 26th when the government’s 30 day deadline expires remains to be seen, but one thing is clear, to the families, the damage has already been done.