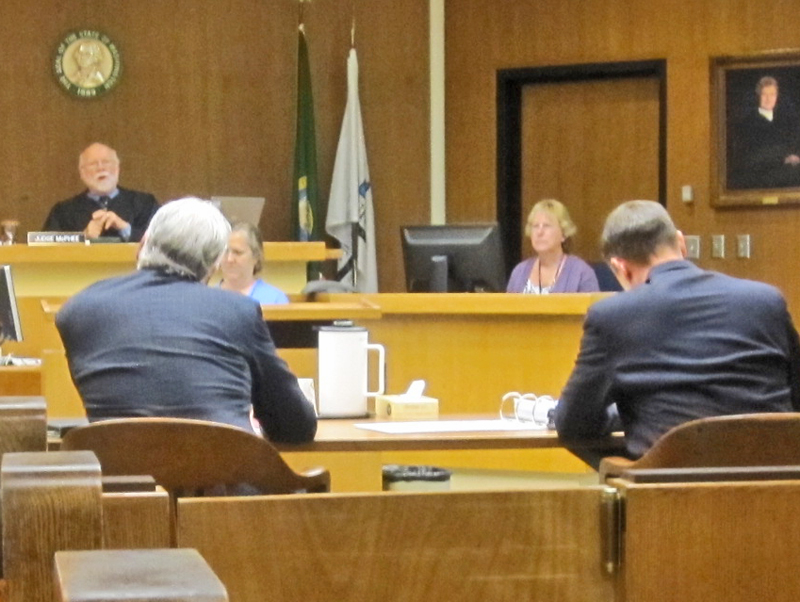 Lawmakers are thinking of ways to address Washington State’s backlog of criminal and civil cases stemming from slowdowns in the courts due to the COVID-19 pandemic.

The problem is illustrated in conditions seen in King County courts. In June, Crosscut reported that one King County judge estimated it would take 13 years to work through the backlog of criminal cases. That’s a problem for people awaiting trial, and the judicial system, which is obligated to provide a speedy trial for the accused.

It’s a problem that Sen. Jamie Pedersen (D-43rd LD) is thinking of as the chair of the Senate Law and Justice Committee.

“It’s different in different parts of the court system,” Pederson said. “You think of three big sets of cases. There’s the criminal cases which are their number one priority because they’ve got Constitutional requirements for a speedy trial. And the defendants have a right to a trial by jury. And in a world where it’s extremely challenging to do jury selection and hold those trials, that has been really delayed and really complicated.”

The second set of cases are civil, and tend to be lower priority than criminal cases. In addition to that, there’s family court cases. Each of those types of cases could come with their own unique solutions.

Rep. Greg Gilday (R-10th LD), who sits on the on the House Civil Rights and Judiciary Committee as assistant ranking minority member and also works as an attorney, said the courts have done a good job coping with the pandemic, but that the Legislature needs to work with them to clear the backlog. What will happen in the 2022 session to address that backlog, though, will be decided through conversations with the courts.

“[I’m] looking forward to working with the courts, the court administration, to figure out how we as a Legislature can help.”

Sen. Mike Padden (R-4th LD), who serves as a ranking member of the Senate Law and Justice Committee, said working to clear the court backlog is a bipartisan issue. He’s looking forward to a Committee meeting on Sept. 29, which will include information from staff on the case backlog.

Since jury trials were allowed to proceed on July 6, 2020, after being suspended in May of that year, Padden said courts have been finding ways to hear trials.

“The court is pretty good about if somebody is not as busy in a neighboring jurisdiction, they can send them to a jurisdiction that needs them to handle trials,” Padden said.

Ways to address the backlog could include authorizing court commissioners to fill the role of elected judges in some cases, Pederson said. But a large portion of the solution likely boils down to funding county legal systems.

“This exacerbates longtime concerns that counties have had about state support for public defense, for example,” Pederson said.

According to the Washington State Association of Counties, counties contribute roughly $160 million to trial court public defense services annually, while the state pays in roughly $6 million.

In addition, Pederson is thinking of ways to divert people from the court system, and settle cases outside of the courtroom in ways similar to SB 5160, which dealt with ways to mediate disputes between landlords and tenants.

“I think it’s possible that there are similar steps that we can take either to divert classes of cases out of court, or to otherwise help get large numbers of them resolved more easily.”

The 2022 session is a short one, but tackling the court backlog has generated bipartisan interest and it shouldn’t be surprising if the Legislature takes the issue up.