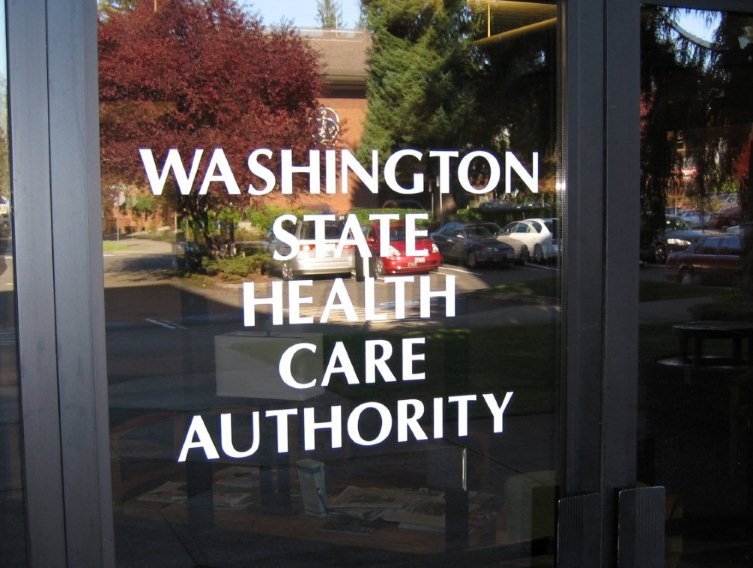 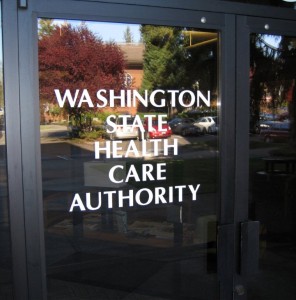 Developed under a $999,975 federal grant from the federal Centers for Medicare & Medicaid Innovation (CMMI), the five-year SHCIP has lofty ambitions — improve the healthcare delivery system, institute payment reform, and create healthier communities. The Washington State Health Care Authority (HCA), which administers Medicaid and the Public Employees Benefits Board (PEBB), is overseeing the initiative.

With Washington State serving as “first mover,” or perhaps, guinea pig, initial participants will be Medicaid recipients and State-insured employees. HCA, the largest healthcare buyer in the state, currently provides coverage for more than 1.8 million individuals through Medicaid and PEBB. This is projected to increase to more than 2 million by 2017.

Following the grant announcement in February 2013, more than a thousand stakeholders from public and private sectors took part in an 8-month deliberation process, with CMMI funds awarded upon final plan submission. Now it’s time for implementation.

The SHCIP, set out in 110-pages, has three main goals:

Washington State wants to move from a fee-based to outcome-based payment system, with 80% of State-financed health care and 50% of the commercial market making the switch within the next five years. “Good outcomes” result in monetary rewards for healthcare providers. (Performances will be determined by measure sets.) As part of the reform process, a centralized database will share information, such as costs for treatment and procedures, ostensibly to inform consumers of their options and help providers improve on benchmarks.

Instead of addressing aspects of health in silos, where mental illness is frequently treated separately from physical ailments, the new plan calls for integration of services with the expectation of cost efficiency.

With the idea that all health is local, and that 80% of health is due to factors other than healthcare itself, Accountable Communities of Health will be founded, bringing together public and private healthcare partners. The goal is to incorporate all social determinates, from housing to food and schools, as well as healthcare, at a local level. “Only about 20-25 percent of overall population health is driven by medical delivery,” said Dr. Dan Lessler, Chief Medical Officer, Washington State Health Care Authority. “Underlying the whole approach is connecting health delivery to community and the resources available.”

Where’s the Money?
While it’s likely that the CMMI will award a second round of grant funding this year, (as much as $50 million is possible) Washington State will move forward with SHCIP regardless. Two key bills are instrumental in kick-starting implementation: Engrossed Second Substitute House Bill 2572 which acts on the plan’s goals, and SB 6312 which outlines the roadmap.

In his 2014 Supplemental Budget, Gov. Jay Inslee proposed that $2.7 million be allocated for implementation – $1.2 million from General Funds; $1.5 million from Other Funds. At the recent Washington Policy Center healthcare conference, Nathan Johnson, Director of Policy, Planning and Performance, HCA, told the Washington State Wire that the amount allocated for implementation is $2.3 million. The all-payer database will be created under a federal grant. Washington State was awarded $3.4 million in September 2013 to make health care pricing more transparent. The state partnered with the Washington Health Alliance (formerly the Puget Sound Health Alliance), with $2.3 million from the two-year grant.

When all is said and done, the initial estimate of savings, according to Mercer Health & Benefits, is $730 million in the first three to five years. Out of this amount, which relies on full implementation of the SHCIP, a large portion is due to the integration of mental and physical healthcare. By treating both together, hospitalization and emergency department use are expected to decrease while individual benefits are expected to increase. This includes longer life expectancy. (Statistics show that Washington residents with serious mental illness and preventable chronic illness – such as heart disease – die earlier than the rest of the population, as much as 25 years.)

Data Points
An outcome-based model, as opposed to fee-based, relies on evidence upon which all performance goals can be determined. This requires quality metrics from the all-payer claims database. The NFIB, an organization that works on behalf of small business owners, primarily supported the SHCIP because of the proposed database’s potential.

“When each individual is now forced to buy a private product, they should have cost data to help make informed healthcare decisions,” said Patrick Connor, Washington State Director, NFIB. “We do it with new cars, new homes, new products, why can’t we do it with healthcare?” he asked. To do so means gathering a repository of information from each health insurance carrier operating in the state, with aggregated data that allows for research and analysis, in addition to listing costs by procedure and location. Not surprisingly, health insurance carriers initially balked at the idea, not out of concern for protecting individual privacy however, but wary of tipping their hands on what they pay providers.

As it stands, only Medicaid and State-insured employees will be part of the database, along with insurance carriers, self-funded employers and third-party administrators who wish to volunteer. The database, which was eliminated from legislation, then resurrected in the final version of E2SHB 2572, is “not as robust as we would like yet,” Connor said, explaining the process to get full participation in the system is long. It would also be ideal to see a mobile app that is immediately accessible to someone looking for the most affordable care, he added.

But will performance metrics be used statewide, when lower income groups and geographical areas have various factors affecting health? Rural areas, for example, have higher obesity rates and more smokers than other counties. (Overall, about 27% of Washingtonians are considered obese, an increase of 8% since 2000.) In response to this question the HCA noted that data can be analyzed at different levels, from the managed care level to full state. Metrics can, theoretically, be judged for factors that are associated with outcomes ranging from income to geographical region. But it is not clear whether this will become protocol when it comes to determining measure sets.

Immediate Deadlines
The Patient Protection and Affordable Care Act passed in 2010; Washington State launched its Health Benefit Exchange in October 2013. Officials estimate the exchange will yield 325,000 new Medicaid clients and more than 400,000 individuals and families in the insurance marketplace by the end of 2017. With SHCIP now in play, Washington State is moving forward on the plan’s seven building blocks, which are working in tandem, rather than sequential. This includes infrastructure and systems implemented in a parallel fashion, from the all-payer database to statewide aligned measures for healthcare purchasing, to the creation of Accountable Communities of Health and adopting permissive language to drive integrated behavioral healthcare purchasing.

In the meantime, a grant opportunity is underway for organizations interested in becoming part of the Accountable Communities of Health. Up to $50,000 per grant will be awarded, for up to 10 communities, as authorized by Senate Bill E2SHB 2572. Letters of intent were due on May 9 and fourteen organizations submitted letters. Application deadline is May 30. Nominations have also been solicited by the Governor’s Office for a new statewide health care Performance Measures Coordinating Committee (PMCC). Chaired by Dorothy Teeter, Director, Health Care Authority Director, the PMCC will recommend statewide standards for health care purchasing.

A joint request for information is also in the works. The HCA, working with King County government, will collect data on current healthcare payment models and strategies. Provider practices of all sizes, managed care organizations and other health stakeholders are encouraged to participate. Submissions are due by May 21. And so the experiment begins.