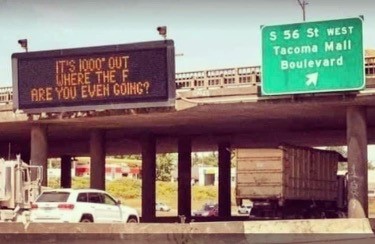 We’re taking the next two weeks off here at the Wire for the first half of July, or thereabouts. This newsletter will be back ahead of the primary elections with our coverage of interim legislative work, efforts from state agencies, the status of the NW economy, and the 2021 campaigns.

Until then, thanks to Sabryna Soba for becoming a supporting member. And to Juliette Kelly, Alicia Goodwin, Kelsey Christensen-Abel, Kari Einset and Randy Bolerjack for remaining recurring contributing members now for one year. Randy was the first person to sign up as a recurring member when we first asked our community for support. Thanks, Randy!

Rep. David Hackney won a tough primary to earn his first term as a legislator from the 11th. In this interview, he tells our reporter Ian Portmann about what that term was like (“like I was on house arrest”) and what he learned as first-time lawmaker.

“Chair Roger Goodman had a seminar on how to pass difficult bills. You meet with stakeholders, and you work through the details. The goal is not consensus, because in order to get consensus, you’d have to weaken bills to the point that wouldn’t be very effective. The goal is collaboration. When people have a meaningful opportunity to influence bills, that doesn’t mean you’re going to get their support. They may not even vote for it, but they tend not to go to the wire dramatically to stop it.”

Since 1894, Seattle had recorded 100+ degrees only three times. It has been over 100 each of the last three days. Recent temps were between 25 and 45 degrees higher than recorded averages. While the NW heat wave is shocking all kinds of folks, here is some context for how bad things are getting worldwide: the last time global temperatures for a month were below the 20th century average was February, 1985.

The drought in the west is driving down water flow over hydroelectric dams. The Bonneville Power Administration, which serves the Pacific NW but can also provide power to the Western US grid, says current water levels are at 85% capacity. The BPA says that’s enough for the NW, as long as other states don’t come calling. California, however, has water levels around 35-41%.

This calls into question whether Washington State is moving quickly enough into non-hydro sources of electricity, and whether it can forestall the kind of energy grid failures that hit Texas last winter, causing at least 151 deaths. Today, 54% of energy in the state comes from hydro, down from 79% in 2007.

Years ago, the culture among some lobbyists of a certain age in Olympia had been a zero-sum game approach to their fellow advocates. Mark Doumit was of a new style of Third House members whose example in advocacy helped to change that culture from win-lose to win-win among his colleagues. His approach helped to remind folks that in advocacy, it’s better to be kind than cut throat; better to be inclusive than divisive.

Not everyone followed Mark’s ways. Though, everyone who knew him knew he was more effective as a lobbyist than most. His time serving on both sides of the elected-advocacy divide probably helped. His fluency across Democrat and Republican cultures and caucuses certainly helped, too. But, I think his kindness will be what is most missed.

The first companies to shut down in the pandemic were event-related businesses. They’ll also be the last to re-open. So, as part of our series on the K-Shaped Recovery, we have this story on the Highline Bears. The Bears play baseball with non-signed, college baseball players from 25-30 schools.

“This season (2021) is very different. We are only playing 15 games here. Typically we put on about 30. We have crowds, we have fans, and the stadium is totally closed off. So, what we have decided to do is put all of our eggs in the basket of 2022.” Lots of businesses are getting their feet back underneath them and things are feeling better in the economy. But not everyone is back yet, and the K-shape of the post-COVID economy is still hanging on.

Last week, the $1.2 trillion federal infrastructure deal won tenuous bi-partisan support in the Senate. In Biden’s announcement of his support for the deal, he stated a new position that he wouldn’t sign the infrastructure deal without a larger $6 trillion companion bill, likely only passed through reconciliation. He has since been walking that misstatement back, saying the two efforts are not link.

But, Seattle Rep. Pramila Jayapal doesn’t quite see it that way. She leads the nearly 100 member Congressional Progressive Caucus in the House. In recent comments to Punchbowl News, Jayapal says her caucus believes the infrastructure agreement must be passed with another $6 trillion package. “The people who want to do a bipartisan deal — that’s fine. But they have to understand that there’s other people in the caucus who are not going to do that without a reconciliation bill.”

That second bill is being drafted by Jayapal ally, Sen. Bernie Sanders, in line with Pres. Biden’s vision. It will reportedly include an almost doubling of the capital gains tax to 43.8%, moving the top income bracket to 39.6% and increasing funding to the IRS to address tax evasion. It will fund two years of free community college, universal pre-K education, “comprehensive paid family and medical leave,” and other areas of investment.