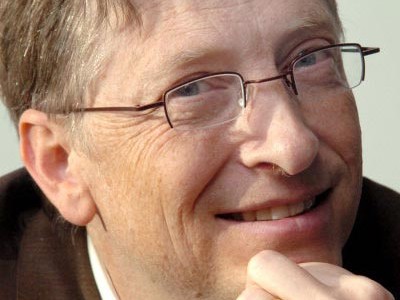 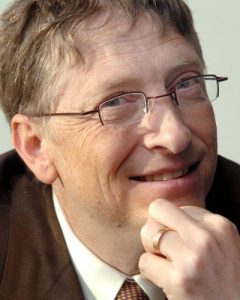 OLYMPIA, June 27.—Bill Gates is in for a million, and some of the biggest names in the tech biz are right behind him as this year’s campaign for charter schools gathers signatures for I-1240.

Reports on file at the state Public Disclosure Commission show that the campaign so far has raised $1.8 million. Odds are it’s going to need every penny of that, and maybe more, for the late-starting signature drive. I-1240 is in a beat-the-clock race to gather 241,153 valid signatures by the July 6 deadline. It in the midst of a breakneck 21-day effort.

Last year, another 21-day signature drive overseen by the same consulting firm, Winner & Mandabach of Santa Monica, Calif., cost $2 million. That one put I-1183 on the ballot and wound up closing down the state’s liquor stores. It was the second-fastest drive in state history, and it was the fastest in the modern era of paid signature-gathering drives.

The reports on file at the state campaign-watchdog agency show that some of the most prominent names in the Seattle tech biz are lining up behind Gates to back the charter-school measure. So far it’s a small but exclusive club with a five-star membership.

Mike and Jackie Bezos, parents of Amazon.com founder Jeff Bezos, have each put in $225,000. Microsoft co-founder Paul Allen has contributed $100,000.

Venture capitalist Nick Hanauer of Second Avenue Partners, founder of the League of Education Voters, has put up $25,000.

Rounding out the list is Katherine Binder, chairwoman of EMFCO Holdings, Inc., short for Exotic Metals Forming Co., at $100,000. Also on the list with $100,000 is Benjamin Slivka, currently a trustee at Wissner-Slivka Foundation. Slivka got in on the ground floor at Microsoft in 1984, left after 14 years to become information technology director at Amazon, and eventually retired young.

Initiative 1240 would make Washington the 42nd state to permit development of charter schools. The schools, operated by non-profit agencies, would receive public funding in accordance with the number of children who enroll, and they would operate outside traditional established K-12 school districts under the review of a state board. As many as 40 such schools could be established during the first five years. The argument is that the charter schools present an alternative to failing public schools, because they would operate under different rules and would not be subject the influence of the Washington Education Association, the state’s dominant teachers’ union. Opponents naturally include WEA. They note that the more money the charter schools receive, the less money there would be for the existing public school system.

Why such support from so many big names in the tech biz? “1240 is a really modest, reasonable proposal with high accountability, and I think that is attractive to many folks, including these business leaders,” said Shannon Campion, director of Stand for Children, one of the education advocacy organizations sponsoring the measure. “I believe they share our sense that the status quo is working well for some kids in our public education system but it is not working for enough of them and they share our sense of urgency and accept that challenge.”