After about twelve months of mind numbing, thorough, open, inclusive and transparent work, the Washington Legislature failed to come to a consensus on the divisive and delicate issue of use of deadly force by law enforcement. So, the people of the state exercised their constitutional right to draft, affix signatures, and send to the legislators a proposal for them to consider. It’s an initiative to the legislature. The legislature in turn, can either vote for it, pass it, they can let it slip to the ballot in the fall by itself, or they can send it to the ballot with an alternative of the their own. The alternative provision is in the Constitution so the legislature will not futz with the original initiative language. If the legislature does not like the wording of the initiative, their option for change is to put up a competing “alternative.”  They cannot however, amend it.

This process, one of a few reserved for the people of the state is replete with protections from a Governor’s signature or veto. The process comes with it an operation manual called the Constitution. And the Constitution simply reads that this initiative to the legislature, whether certified or provisionally certified, shall take precedence over all other measures in the legislature except appropriation bills and shall be either enacted or rejected without change or amendment by the legislature before the end of such regular session.

(a) Initiative: The first power reserved by the people is the initiative.

Such initiative measures, whether certified or provisionally certified, shall take precedence over all other measures in the legislature except appropriation bills and shall be either enacted or rejected without change or amendment by the legislature before the end of such regular session.

House Bill 3003 moved through the legislature. Arguments can be made that it does not amend Initiative 940.  Now I don’t know what you call an amendment, but when a bill drafted by the legislature reads…

The Emperor Has No Clothes:

I guess the legislature hopes that no one is watching (again) at evening hearings where members are warned that what they are doing probably won’t be liked by the public or won’t hold up to a legal challenge regarding very clear language in the Constitution. There are at least a couple of law enforcement groups that are not all-in on the initiative, even if amended, which it can’t be.

To expect the breadth of stakeholders I saw last year at the Use of Deadly Force Task Force meetings to go off and quietly watch a naked Emperor walk out of the legislature without announcing, “The Emperor has no clothes,” is amazing.

It must be tested:

The real question is how long will it be before someone, some group, files that challenge to the amendment, HB 3003, to the Initiative 940?

It must be tested.

The precedent and constitutional crisis this action sets up has to be cleared up. To allow this amendment to stand by either court ruling or silence is a travesty to the organic function of Section 1 of our Constitution. Do the citizens understand that if this action is allowed to stand (put aside the intent and effort), if the precedent is allowed, the citizens have been removed from the clear and unobstructed pathway to law-making which was so important to our Constitution drafters?

Ah, where are the newspapers on this one?

Like so many state constitutions adopted and approved by Congress in the late 1800’s, ours reflects the distrust of government and the distrust of even our own elected officials — legislators in this case. That is why a clear process to bypass them is in the Constitution. This is also why our Constitution does not put the executive power of the government in the hands of one person. Have you noticed we elect a person to individually oversee: the executive branch (the Governor), the books (the Auditor), the legal department (the Attorney General), our schools (the Superintendent of Public Schools), our natural resources (the Commissioner of Public Lands), and the money (the State Treasurer)?

The Emperor has no clothes! 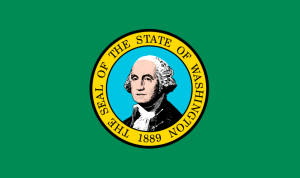 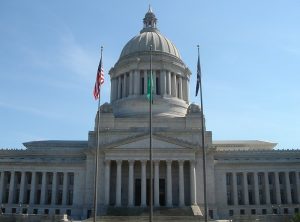