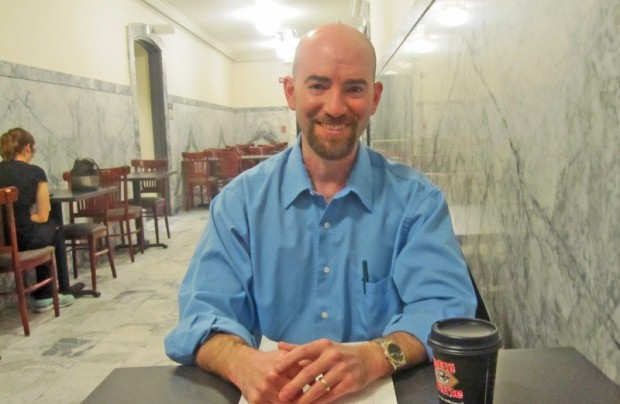 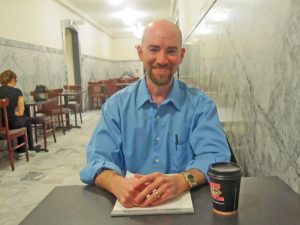 Jason Mercier of the Washington Policy Center, a longtime critic of legislative practice, never expected to hear himself being quoted by Democrats on the Senate floor.

OLYMPIA, March 14.—Two weeks ago, when Republicans stood the Legislature on its end, picked up three Democratic votes for a budget in the Senate, and triggered 10 hours of some of the angriest debate ever witnessed in the statehouse, you might have gotten the idea that lawmakers had finally discovered religion.

After years of complaint from conservative think-tanks, open-government advocates and Republicans, the majority Democrats appeared to embrace the daring concept that the Legislature ought to play by its own rules.

“It doesn’t take leadership to write a budget and not let people see it until an hour before it is voted on,” declared Senate Majority Leader Lisa Brown, D-Spokane.

Sen. Derek Kilmer, D-Gig Harbor, quoted from the right-leaning Washington Policy Center on the importance of public notice, and he offered a remarkable endorsement. “I agree,” he said. “Where is the transparency? Where is the opportunity for anyone to have any say in this budget?”

And House Speaker Frank Chopp issued the mightiest denunciation of them all, calling the vote the “worst abuse of power I have ever witnessed in the Legislature. It says something about [Senate Republicans] that the minute they gained power, they abused it. …They immediately turned their backs on the rights of the people by dismissing all calls for testimony. Yes, the party that regularly decries the lack of transparency in the Legislature cut the public out of the process completely.”

It was such a shocking abuse, such an arrogant trampling on the rights of the people of Washington state, that the very next day the Democrats under Chopp’s leadership in the state House did exactly the same thing. And in fact, it happened every single day after that, in one fashion or another, on measures big and small, until lawmakers finally brought their regular legislative session to a close Thursday night.

It was business as usual for the Legislature. The conversion that took place during that fateful debate on the Senate floor March 2 lasted the better part of a day before it became inconvenient and lawmakers forgot about the whole thing.

But it shows they are aware of the complaint, says Jason Mercier of the Washington Policy Center, and at least some of them have been reading the stuff he has been writing since 2007. “It’s nice to see we’re winning converts,” he says.

Where Transparency is a Slogan

If the Washington Legislature followed its own rules, transparency wouldn’t be an issue. Its processes are designed to provide adequate public notice of hearings, bills and votes. Among other things, legislative committees are supposed to provide five days’ notice before they consider bills. Their agendas are supposed to list bills in full. And 24 hours are supposed to elapse between the time bills are advanced the House and Senate floors and votes take place.

But a Legislature that has the power to write laws also has the power to dispense with them. Nor is it subject to the state’s open public meetings rules, which apply to other agencies. It is free to waive rules or ignore them, or violate them in spirit through the myriad of parliamentary tactics that are available to lawmakers. And this particular Legislature isn’t exactly shy about it.

“The Legislature’s rules are second to none to those across the country,” says Mercier, director of the Policy Center’s Center for Government Reform. “If they were actually practiced, we could be the most transparent Legislature in the country. Unfortunately, those rules are routinely waived, set aside, and even if they are provided lip-service, when bills get to the floor, you will have a striking amendment or a conference committee report that nobody has seen and that hasn’t involved public comment.”

For the last five years, Mercier has been documenting the ways in which the Legislature flouts its own rules. His email alerts are constant; his annual reports are thick. Until Democrats started quoting his blog postings on the Senate floor March 2 and Kilmer offered his very public endorsement for the Policy Center’s recommendations, you might have gotten the idea that nobody on the Democratic side has even been been paying attention.

Last year the Policy Center pushed a reform bill that might have prevented what happened on the Senate floor that night, by requiring a 24-hour waiting period between the time a striking amendment is offered and the final vote. Senate Bill 5419 got a three-minute hearing in the Senate Government Operations Committee. That was the last anyone heard of it. Senate Democrats didn’t allow a vote.

“That’s what made the comments on the floor so exciting,” Mercier says. “It has given me hope, because it has been a long time since the majority party has been in the minority, and now they can see how that process might look to the other side.”

Why, maybe now that bill has a chance, he says. But you have to wonder how deeply that tounge is planted in his cheek.

Taste of Own Medicine

For anyone who has watched the Legislature over the last couple of years, the arguments on the Senate floor were a wonder. Democrats seemed to be making speeches you expect to hear from the other side. Voting on bills without public hearings? Not providing adequate public notice? Railroading bills so quickly that the other side doesn’t have a chance?

Republicans say there was only one new thing going on that night. “It’s usually the majority that does it,” says state Sen. Janea Holmquist Newbry, R-Moses Lake.

One of those Democratic complaints went beyond the pale. Republicans couldn’t have called a public hearing on their budget bill because only the majority party has the ability to schedule a hearing. But Senate Minority Leader Mike Hewitt acknowledges his team did make one mistake. Once the Republicans gained the upper hand, he admits they should have quickly recessed for a couple of hours so that the Democrats could prepare amendments to the budget bill.

“I fess up, it was an error on my part,” Hewitt said later. “We wouldn’t have had that debate on transparency and jamming things through.”

Chalk it up to the heat of the moment, Hewitt says. It drove the Democrats to a ludicrous extreme, demanding that the budget bill be read aloud.

Eventually, after clerks had been reading for an hour, a bit of shuttle diplomacy by Lt. Gov. Brad Owen convinced the Senate Republicans to take a dinner break and gave Democrats their chance.

Republicans may have erred on that point, but every other night, transparency is their issue. Certainly a minority party can always find fault with the process. In Washington’s Legislature, they have no shortage of material.

For instance, the Legislature imposes deadlines for bills to be passed by committees. So to meet the deadlines, canny committee chairmen pass bills that are left entirely blank, save for the opening line, which says something like, “An Act Relating to Education.” The rest of the sheet is left blank. Details can be added later to these “title-only” bills in the form of amendments on the House or Senate floors. If the idea of the rules is to ensure that the public has a chance to watch what the Legislature is doing, lawmakers aren’t exactly playing by Hoyle.

In other cases, the Legislature simply waives its rules and rushes bills through. This year, for instance, the House and Senate Democrats announced budget proposals in the morning and held hearings in the afternoon. “It didn’t give my folks from Eastern Washington time to read it, much less be part of the process,” Holmquist Newbry said.

Sometimes that haste means big mistakes. One of the most frequently cited examples is the big tax bill of 2010, which raised taxes by a couple billion dollars on dozens of industries across the state. It was announced early one Saturday morning, got a hearing in the afternoon, and sailed out of the House by that night.

Turned out there were big drafting errors – one in particular demonstrated a misunderstanding of the nature of the soda-pop industry, in which legislators confused distributors with bottlers. By the time the governor’s office acknowledged the mistake, the session had already adjourned, and lawmakers could only promise they would get it right the next session. That didn’t sit well with an industry that wasn’t keen on the tax increase in the first place. It ran an initiative that fall that wiped it off the books.

It wasn’t an isolated case. On March 1, the day before that fateful Senate debate, the Senate passed a highly controversial health-exchange bill that will cause major upheaval in the state’s health-insurance industry. Senate Democrats came up with an entirely new bill, dropped it on the bar of the Senate in the form of a “striking amendment,” and voted it out while the photocopies were still warm.

Since that time, business lobbyists have discovered serious drafting errors. Among other things, the bill refers to statutes that don’t exist. That bill awaits the governor’s signature and is expected to become law shortly.

And on March 3, the day after that fateful Senate debate, House Democrats passed a transportation-fee bill in exactly the same manner that aroused Chopp’s indignation when the Senate Republicans did it the night before.

No Chance for Amendments

Just as had happened in the Senate, the Democrats dropped a striking amendment on the bar of the House and called for an immediate vote. Naturally there was no public hearing.

State Rep. Marko Liias, D-Edmonds, who introduced the striker, says he does not think that was a problem. All of the basic concepts had come up during prior public hearings, he said. “To compare a state budget with a striking amendment on a policy bill is a bit of a stretch,” he says. “It wasn’t as if we in the dark of night grabbed a bunch of stuff together, and you know, unexpectedly, when we are talking about unrelated subjects, go to the 9th order, call it up and just start debating.”

Try telling that to Mike Armstrong, the ranking Republican on the House Transportation Committee. There was really no difference at all, he says. He had an amendment ready to go for an earlier version of the bill; suddenly it needed to be redrafted so that the page references could be corrected – and he didn’t have a chance.

“I got a little bit of a kick watching that debate in the Senate,” Armstrong says. “You saw the majority party complain because the minority party had taken control, and they were saying all of the things that we have tried to tell them many times before. All of a sudden, it seemed like they were saying our words, and we were just saying, hey, look, we’ve got the votes, majority rules, you guys have always told us that.

“They got a little taste of what it is like being in the minority, and they didn’t like the taste they got.”