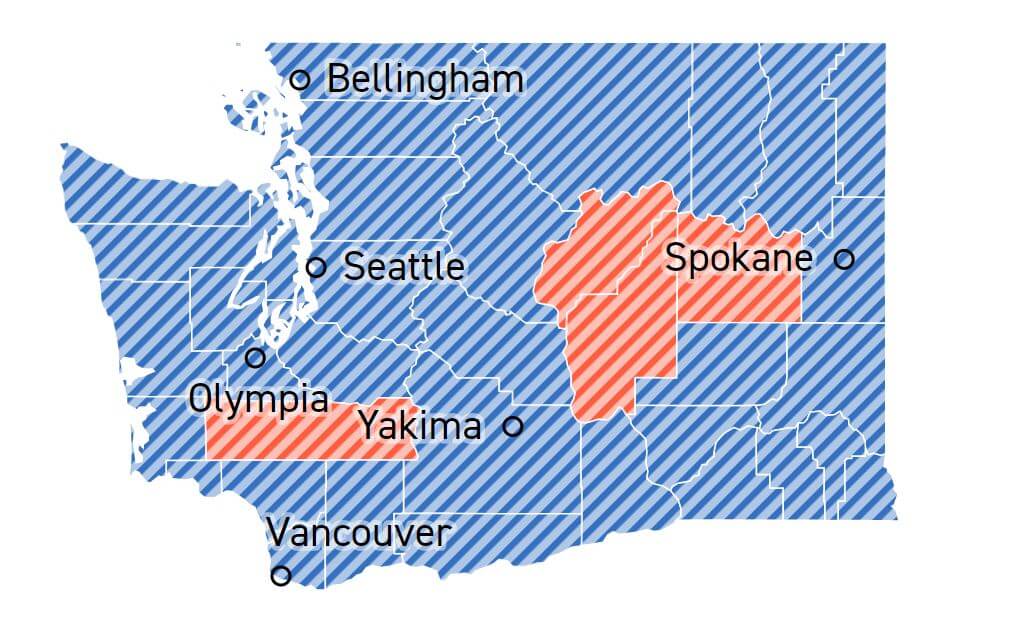 With close to 80% of the ballots on hand counted and late mail-in ballots trickling in, some key federal primary races in Washington are giving us a glimpse at possible climate in November. Yet, with voter turnout only at approximately 25 percent, there is a lot of room for movement as we roll on to the general election, where in mid-terms like this one Washington typically sees turnout between 55 and 65 percent.

Here are the races to keep your eyes on in the next three months. All districts were recently predicted to be “at risk” for the Republicans and likely to impact control of the U.S. House of Representatives. Of particular note, all the expected challengers in these tight races are Democratic women. Perhaps signaling not just a political “blue wave,” but a demographic backlash channeling the passion of the Woman’s March and #metoo as well…

In 2016, Trump won this conservative leaning district by 7.4 points and current Republican incumbent Jaime Herrera Beutler won by 23.5. Today Herrera Beutler, is ahead by a thin 4 percent margin over Democratic challenger Carolyn Long. Maybe more telling though is that the total Democratic vote is currently sitting at 50.26 percent compared to the Republican total of 49.7 percent. In historically conservative southwest Washington, this does not bode well for Republicans.

Even more right leaning than the 3rd, Trump won in the 5th by 13 points in 2016. However, with only 49.69 percent of the vote, Republican incumbent Cathy McMorris Rodgers is barely squeaking out a first place finish over Democratic challenger Lisa Brown, who commands a solid 46.9 percent of the vote.

A Democrat has never won in the 8th District, which is an open race after the retirement of Republican Congressman Dave Reichert.  Republican candidate Dino Rossi wants to keep that streak, but that may prove difficult as he is only garnering 42.7 percent currently compared to the Democrats’ current total of 50.49 percent. Leading the Democrats is Dr. Kim Schrier, an Issaquah pediatrician running on a health care platform.