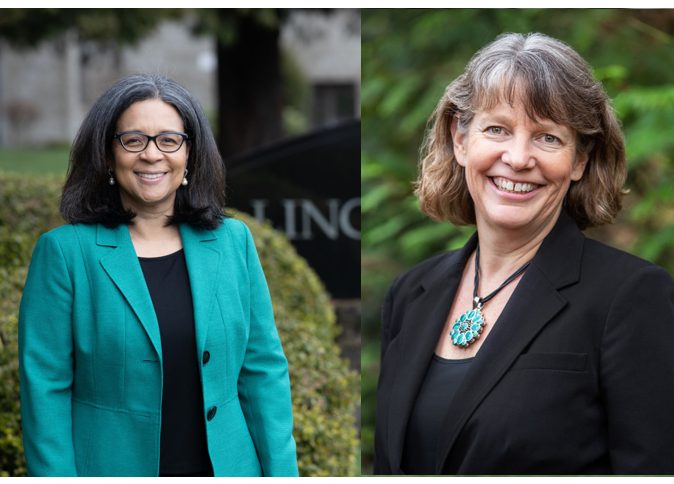 In a virtual debate hosted by the League of Women Voters of Tacoma-Pierce County, 10th Congressional District candidates Marilyn Strickland and Beth Doglio were largely in agreement on policy, though they diverged on some issues related to health care, immigration, and campaign finance reform.

Strickland said she has centered her campaign around addressing inequities in education, the economy, and health care. Doglio’s top priorities are addressing climate change, health care, as well as strengthening the public sector with more union jobs, she said.

Laying out what legislative pathway to achieving universal health care coverage they support, the candidates, both Democrats, found themselves on different sides of a multiyear intraparty rift.

I support universal health care. That means we find a path to get to the point where every single person who calls America home has access to health care that is affordable, accessible and equitable. This is a very important distinction, because different people have different interactions with the health care system,” said Strickland. “With that said, I support building on the Affordable Care Act. There are 20 million people who were not insured who now have access to the Affordable Care Act. We can add a public option to this, and by adding a public option, we provide people with choice.”

Strickland also said she supports lowering the Medicare eligibility age by ten years and raising the age young adults can stay on their parents’ health insurance plan to 30, regardless of their living situation.

Doglio said Strickland’s plan “would leave people out in the cold.” Doglio supports Medicare for All – a universal Medicare program that covers all American residents in one single-payer health plan.

Right now, more than $87 million people are uninured or underinsured, and that number is ballooning because health care is tied to employment. Health care tied to employment has got to go. The United States is the only industrialized country in the world that doesn’t have a system that ensures every single person has access to health care.,” said Doglio. People don’t really like their plans, having to fight with insurance companies about what procedures they can get, what doctors they can go to., whether they are in-network our out-of-network. We need a Medicare for all system that is streamlined that provides one network.”

Arguing that Congress should strive to move beyond the current health care system, Doglio cited a statistic that 30% of health care dollars are spent on administrative overhead.

However, Doglio’s platform says that if the election doesn’t allow a transition to Medicare for All, “there are still ways to improve health care, starting with undoing the Trump administration’s sabotage of the Affordable Care Act. In addition to lowering the age to join Medicare, we can also consider a public option.”

On Immigration, Dolgio criticized Strickland for stopping Tacoma from becoming a sanctuary city while she was Mayor, saying she was “intimidated” by the Trump Administration.

In 2017, Strickland asked the City Council to not declare Tacoma a Sanctuary City due to a Trump Administration executive order which threatened to withhold federal funding to Sanctuary Cities.

I applaud cities that don’t need federal funding, but Tacoma is not a tax rich city,” Strickland said at the time, “And we depend on federal funds for transit, social services and economic development that often helps under-served communities.”

The Administration’s executive order was later blocked by a federal judge.

Strickland, who was born in Korea and is of Korean descent, said at the debate that Sanctuary Cities have no legal standing, but the city of Tacoma was welcoming while she was mayor.

We were very intentional in ensuring that every single person regardless of city services had full access to city services, were not discriminated against, and that our police department was not cooperating with ICE to round people up. That’s why we were not declared a Sanctuary City.”

Doglio, who highlighted her pledge not to accept donations from corporate political action committees (PACs), said Strickland has been inconsistent on the issue.

In response, Strickland said she is in favor of campaign finance reform, but that the current system requires candidates to prove viability through fundraising.

I don’t have to attack my opponent to win an election, but I do reserve the right to set the record straight,” said Strickland. “This is the system we’re in. In order to be a viable candidate, you are judged by how much money you raise. I fully support House Resolution One, which gets dark money out of politics and reforms the system so that it is more fair and more equitable.”

Strickland went on to say that the nearly $500,000 of “outside money” spent on behalf of Doglio is the reason she hasn’t committed to not accepting contributions from corporate political action committees.

I didn’t have that luxury. So when it was time to look at this general election, we wanted to have money to be able to compete.”

Discussing other issues, the candidates shared several priorities. They both want to increase broadband access in rural areas, pass police accountability legislation and an infrastructure package, and increase the supply of affordable housing.