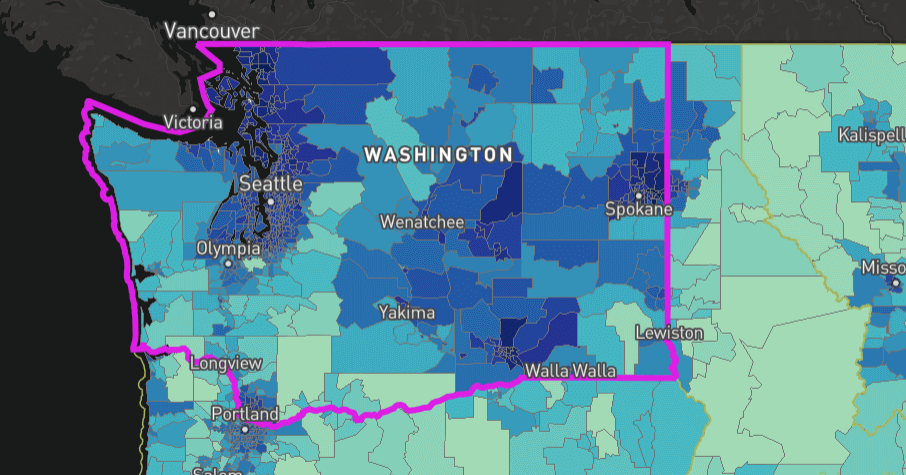 A bipartisan bill that would support the expansion of broadband service in Washington State passed out of the House Capital Budget Committee Tuesday in a unanimous vote.

The bill was requested by Gov. Jay Inslee, who announced the proposal in January.

The most up-to-date data from the Federal Communications Commission shows that while about 94 percent of the population living in urban areas in Washington had three or more choices of provider for broadband in 2017, that percentage dropped to about 66 percent in rural areas.

Governor Inslee’s office wrote that federal data “grossly underestimates how much of Washington is currently served by broadband.” Microsoft President Brad Smith made a similar assertion in his recent post about broadband accessibility in rural areas.

“There is strong evidence that the percentage of Americans without broadband access is much higher than the FCC’s numbers indicate,” Smith wrote. “We’ve seen this over the past 17 months in many places and in many ways, including by talking directly to the people who live in rural America. Their real-world lack of broadband access differs sharply from the picture too often painted by inaccurate data in Washington, D.C.”

In a separate post, in which he named Microsoft’s priorities for 2019, Smith said “about one in 10 residents in rural communities” in Washington don’t have access to broadband and that Microsoft supports parts of the governor’s plan.

Inslee said his proposal was informed by a three-day tour of the state he took last year “to discuss broadband needs and solutions.”

“I heard loud and clear from Washingtonians that access to quality and affordable broadband internet helps create jobs, improves public safety and health services and increases educational opportunities,” Inslee said. “Broadband is the single most important economic development tool we have.”

For context on what that speed means in day-to-day life: BroadbandNow recommends a 33 mbps download speed for a family of four with three smartphones and one laptop that they use daily — if they don’t have smart home devices or gaming consoles.

Part of the office’s operation would include applying for federal funds and grants and encouraging public-private partnerships to deploy broadband services. The money it receives would go into a statewide broadband account, which the bill also creates.

Starting in 2021, the office would have to report on its efforts and recommend policies related to broadband.

Local governments, tribes, nonprofits, cooperative associations, and businesses are among the list of eligible applicants that could apply for grants to develop broadband infrastructure.

Funding for projects would be awarded in amounts under $2 million and couldn’t fund more than 50 percent of a project’s total cost, unless it’s in a financially distressed county.

Under the bill, port districts could operate telecom facilities and provide wholesale service outside of district limits.

If an internet service provider (like Comcast or AT&T) stops providing Internet to its customers and no other providers are willing to provide access, a PUD would be authorized to provide those services temporarily while it finds another service provider.

It extends and expands the Universal Communications Services Program (UCS)

The bill extends UCS, which was established in 2014 to financially support small telephone service providers during changes in federal funding. Rather than expire this year, as planned, the program would extend to 2025 under the bill. It also broadens the program to include efforts to expand and maintain broadband service.

In the Capital Budget Committee, Rep. Mary Dye testified in support of the bill, on which she’s a sponsor.

“It’s great to have the governor come on board,” Dye said. “We’ve been focusing on getting broadband to areas of the state that do not have access to fiber, so we’re grateful that the governor’s come online to help us deal with this issue.”

A companion bill is scheduled for a public hearing in the Senate Ways & Means Committee Wednesday. 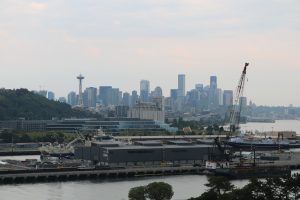 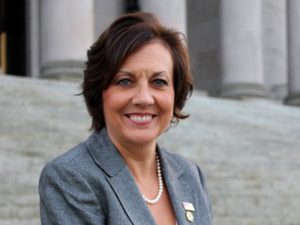