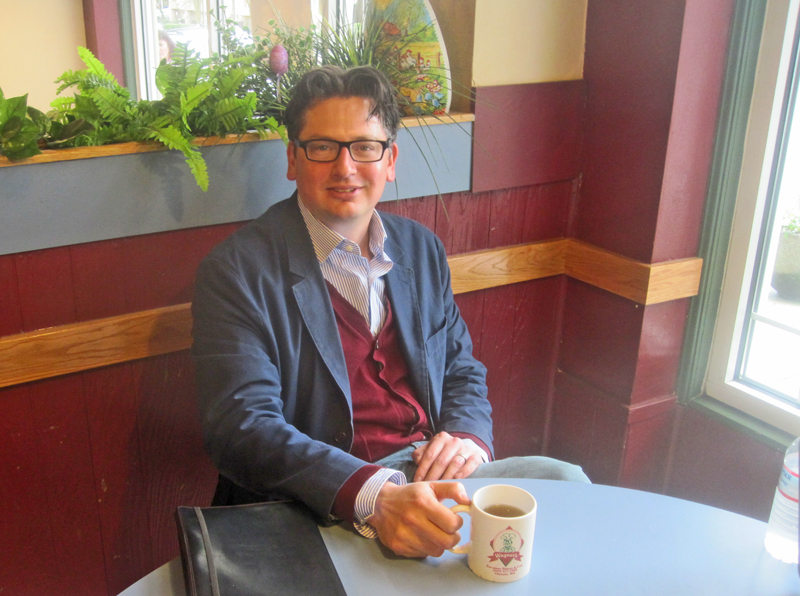 Port of Willapa Harbor Enters Into Contract With Seattle Entrepreneur to Take Over Vacant Sawmill – Under I-502, the Unthinkable Becomes Thinkable 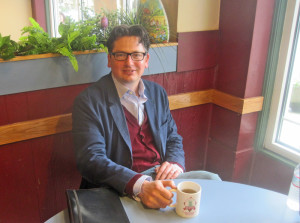 Seattle restaurant entrepreneur Marcus Charles has entered into a lease with the Port of Willapa Harbor for a remarkable purpose — a marijuana grow operation.

OLYMPIA, March 16.—Here’s a sign of how the world has changed since Washington voters passed a first-of-its kind marijuana-legalization initiative last November. A Seattle entrepreneur has taken out a lease for what he hopes will become a big indoor grow operation. Unthinkable enough just a few months ago, but get this: He’ll be growing the once-forbidden fruit in a public building.

Seattle restaurateur Marcus Charles will take over a part of vacant sawmill complex at the Port of Willapa Harbor in Raymond, Wash., a coastal community hard-hit by decades of downturn in the lumber industry. Port officials say Washington’s new cannabis industry is a good fit. They have the buildings. Charles has the capital. And isn’t that the way economic development is supposed to work?

And so, under the brave new world created by Washington’s Initiative 502, it looks like all that campaign talk about green jobs is coming true. It’s just not what political leaders had in mind during the last campaign when they were talking about windmills and soybean-powered airplanes. “We appreciate that there are no odors, no wastewater, no on-and-on,” said port manager Susan Chaffee. “But for us it is the jobs. It is the jobs.

“We have lost jobs and lost jobs, and we have high unemployment. We are losing our young people, we are losing our family-age working people, and our population is aging. We are the classic rural community that is just struggling to survive. We no longer have shipping, we no longer have rail, we don’t have good highway access – I mean, the list of what we don’t have goes on and on. But we do like living here. It is a nice community, and we think this could provide an opportunity for us.” 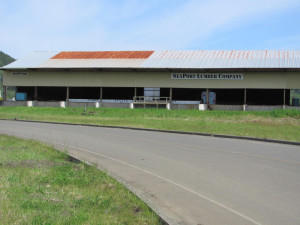 Storage shed at the Port of Willapa Harbor is future site of  grow operation.

Where marijuana once was rather frowned upon, to say the least, you can definitely say there’s a new attitude in business and government. Initiative 502, one of two marijuana-legalization initiatives approved in this country last year, opens the door to legal investment in a business that already generates well over $1 billion in sales ever year. This state arguably is further along than Colorado, which also passed a legalization measure, because the proposition in the Mile-High State did not prescribe the new market structure with the same level of detail. In Washington, I-502 created an intricate taxation scheme and a “three-tier” market structure for production, processing and retailing, much like that which exists for alcoholic beverages nationwide. Marijuana remains illegal under federal law, but unless the feds go to court to snuff the budding industry, state officials expect to finish drafting regulations in June and begin awarding production licenses. The grow season for Washington’s new cash crop might begin as soon as August.

Enter Marcus Charles, a successful entrepreneur in the restaurant and bar trade in the Seattle area. Charles, 39, has launched a series of bars and restaurants in Seattle since age 23, starting with Pioneer Square’s Marcus’ Martini Heaven. Currently he operates the Crocodile, a music venue, and the nearby Local 360 restaurant and bar. “It seems kind of weird talking about it, because it has been such a taboo, but how often does a new industry present itself in a lifetime?”

Charles says it’s all about business. Marijuana really wasn’t on his mind during last year’s initiative campaign – and he certainly wasn’t part of the political movement that gathered the signatures that placed the measure before the Legislature last year and ultimately forwarded the issue to the ballot. “I personally have no great passion about marijuana,” he said. “I am not a big smoker. I did not vote for the initiative. I was just indifferent.”

But when it got 55.7 percent of the vote – that’s when he sat up and took notice. “I think there’s a business opportunity here, and I think my skill set is suited to it.”

A Thumbs-Up From Government 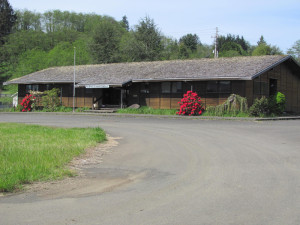 Former sawmill office at the Raymond facility that will provide headquarters location.

If the restaurant business is all about location, it’s just as troubling a problem in the brand-new marijuana biz. Though legalized marijuana now is the law of the state, there is a bit of a stigma to overcome. Wasn’t so long ago that a business like the one Charles envisions might have drawn unwelcome attention from law enforcement authorities. And while the law clearly permits private grow operations, county and city planning authorities may gulp when they consider the inevitable applications. But a lease from a public agency? — that’s tantamount to a government thumbs-up. Charles investigated a possible location in Shelton, but local officials shied away. Hard-hit timber communities on the coast seemed just as promising, and in Raymond everything clicked. Said Charles, “We think this is a really big step, because we have a lease from a municipality for large-scale production and manufacturing, and we think that is a big deal. It is really a vote of confidence in us, and the idea that we could run a responsible business.”

At this point it is unclear what sort of tracking measures and security arrangements the state will require, but the most important question is whether the state will limit the size of grow operations. Charles will be taking over a 30,000-foot storage shed, but there is plenty of room for expansion – the port has given him an option to develop 16 acres of nearby property. He also will be leasing a nearby office structure of 3,500 square feet. Charles said he envisions that the operation will probably hire a couple dozen workers to start. “It all depends on what the liquor board decides to do,” he said. “We are well-positioned to scale and grow into a pretty large organization. But if the liquor board keeps things on a small scale, we will still execute there, and there will be fewer jobs.”

A Bit of a Risk

Chaffee said her board met with Charles and concluded that he was a reputable businessman who could operate within the bounds of the law. And in a sense his proposal removes an albatross from the port’s neck. The port has owned the sawmill buildings since the 1980s, but time has passed them by as the timber industry has developed more modern and efficient mills. A nearby mill at the Raymond location was torn down, and while the storage shed has been leased by various manufacturers over the years at this point there don’t appear to be any takers. “There have been a lot of questions about this, but he has handled them all very professionally,” Chaffee said. “He seems to have done his homework, so we are willing to partner with him to see if he can get through the various licensing steps and see what the federal government decides to do.”

Under the terms of the lease, Charles will pay $5,000 a month for rent, Chaffee said, and the deal is contingent on his ability to open. Charles will be responsible for any improvements to the buildings, and all parties agree that investment will have to be substantial.

That presents one of the biggest risks for the venture. There’s still no word from the feds, and they could take action to block the Washington initiative at any time – even after Charles and his investors start spending money. But Charles says he’s not afraid. It’s not as though his current line is for the faint of heart. “I come from the food and beverage world, right? So high risk is nothing compared to opening up a restaurant. Ninety percent of restaurants fail – that’s just a part of being in business.”