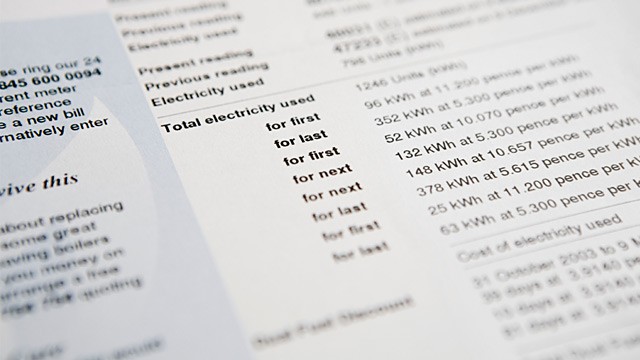 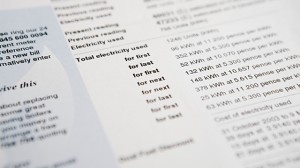 Electric bills are drawing the public into a fight that until now has involved mainly the suited-and-tied legions of Olympia.

OLYMPIA, Feb. 21.—A Senate committee passed a bill Wednesday that reframes one of the Legislature’s oldest energy-and-utilities debates as a matter of social justice – declaring that the state’s stiff renewable-energy purchasing requirements are creating “unintended economic hardship on electric consumers,” and setting up one of the most delicious conflicts in ages: Greens versus the poor.

“We need to have a new player at the table, and that would be the ratepayers,” said state Sen. Maralyn Chase, D-Shoreline.

Senate Bill 5648 takes aim at the stiff green-energy purchasing standards imposed by Initiative 937 in 2006 – expanding a long-running battle that until now has been waged mainly between green groups and Olympia insiders. The rules require the state’s larger utilities to purchase steadily increasing amounts of windpower, whether or not they need the electricity. The result has been to trigger the development of a windpower industry, just as environmental groups and wind developers hoped seven years ago. But by forcing purchases at a time when electric demand is flat, I-937 threatens to send power rates skyward in 2016, when stiff new requirements kick in.

The so-called “Don’t Buy Before Need” measure, pushed by a campaign that started in the Tri-Cities, injects the first big new idea in ages into one of the Legislature’s most arcane debates. It would relax purchasing requirements until utilities need power to satisfy new demand, and it would allow them to meet those targets with energy conservation. But maybe more important is the way the battle is being fought. A fight that has been waged mainly by the legions of suited-and-tied lobbyists at the state Capitol now embroils actual human beings – civilians who complain that higher power bills sock it to the people who can least afford it, ethnic minorities, the poor, and small business.

“Our families in the Hispanic community work hard to put food on the table and pay their electrical and other utility bills,” argues Martin Valadez, president of the Tri-Cities Hispanic Chamber of Commerce. “So why would we want to raise these electrical rates simply to fulfill a mandate that is sending big dollars to developers and taking money away from our families? While we support efforts to increase renewable energy, we do not want this to be done on the backs of hard-working families.”

Environmental groups have been able to hold the line until this point, but suddenly the defense has gotten a whole lot tougher. 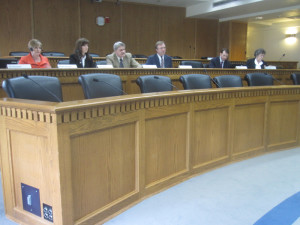 I-937 explains why so many wind turbines have been sprouting on Washington’s rural hillsides over the last half-dozen years, an $8 billion investment in green energy, environmental groups say. Clearly it wouldn’t have happened if their initiative hadn’t required it – windpower costs at least twice as much as power from the region’s cheap hydroelectric dams. The initiative basically aimed to create an artificial market for high-cost green energy, by requiring utilities with more than 25,000 customers to buy a fixed percentage of their power from “renewable” sources. Last year’s target was three percent, which most utilities hit with little trouble, but what worries most players in the biz is the next one. In 2016 it reaches nine percent and in 2020 it is 15 percent.

The measure assumed power demand would grow. It didn’t bank on a recession that would cause usage to flatline. The result is that most utilities are being forced to buy expensive windpower credits they don’t need and resell them at a loss. It has been a boon for windpower developers and not much else. Environmental benefit is limited because some 70 percent of the state’s power already comes from non-polluting dams. Conservation, which used to be the focus of the environmental movement as the cheapest and most efficient way to meet power demand, has been deemphasized by I-937 in the interest of requiring utilities to purchase more electricity. And of course, there’s the impact on power rates – the part customers will see. In 2012, Tacoma Power customers paid about $1.4 million for unneeded windpower purchases; in 2016, the utility estimates that will go up to $4 million. Complicating the issue is the fact that some utilities, like Puget Sound Energy and Avista, have already bet big on windpower development, and don’t want to be left high and dry.

“What is happening is that utilities are having to purchase credits they can’t even use, to the tune of millions and millions of dollars,” said state Sen. Sharon Brown, R-Kennewick. “This isn’t helping anyone. And so what my bill proposes to do is to say that we will basically buy the credits when we need them – just don’t make us buy them prior to needing them. It’s a ‘no wine can be drunk before its time’ kind of thing. It just makes sound business sense.”

The bill leaves the purchasing requirements in place, but relaxes the rules so that utilities aren’t forced to purchase power until they need it to satisfy their demand. And because it allows them to meet their targets through energy conservation, it means that projects costing less than wind turbines will likely be done first. All of which leaves environmental groups aghast. At the very least, it delays big new utility investments in windpower; at worst it causes the economic assumptions of windpower developers to go south. Said Nancy Hirsh of the Northwest Energy Coalition, “To make this change to the clean energy standard would have a significant impact on the fundamental goal of the law, which is to stimulate the market for new technology development.” 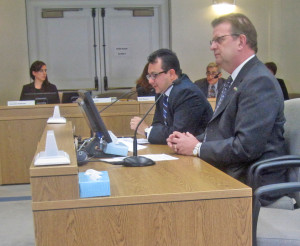 What’s interesting about this year’s fight is that it finally might extend beyond Olympia backrooms and utility boardrooms. The idea that I-937 means big increases in electric bills has triggered a movement of sorts. It launched in Tri-Cities, perhaps the one community in the state most sensitive to energy policy, due to Hanford, the proximity of dams and the presence of big energy users. There seemingly every local government is up in arms. They have joined in an organization calling itself Citizens for POWER, short for “Protecting Our Washington Energy Rates,” backstopped by the Tri-Cities Regional Chamber of Commerce. Chairman Steve Simmons, proprietor of the Country Gentleman, a prominent Kennewick eatery, told the Senate panel last week that I-937 already is costing him $1,200 a year in higher electric bills, “and that $1,200 will increase as [I-937] continues to increase costs.”

Said Simmons, “Citizens for POWER represents all the citizens of the state of Washington, the companies they work for, the communities they live in and the schools they send their children to. Escalating power rates don’t help anyone, our businesses are trying to recover and start hiring, and increased energy rates are going to be another burden.”

And there are signs that the movement is beginning to catch on beyond the Tri-Cities, mainly in areas served by public-power utilities. Supporters include public utilities in Tacoma and Clallam, Lewis, Okanogan, and Mason counties, together with the state P.U.D. association. Association director George Caan said that even though some public utilities have invested in renewables, the association as a whole supports the idea that utilities shouldn’t have to pay for something they don’t need, “whether it be renewable generation or fossil fuel generation, or frankly, pencils.” 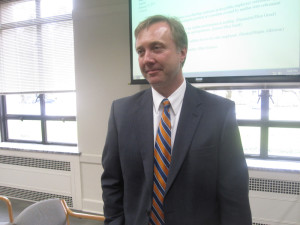 Valadez of the Tri-Cities Hispanic Chamber of Commerce also serves as director of outreach for Columbia Basin College in Pasco. He said the school faces a 15 to 20 percent increase in its electric bills, about $200,000 a year in additional energy costs. Ag groups in the mid-Columbia region are just as alarmed. Irrigation is the rule in Eastern Washington, meaning big pumping costs. Jared Balcom of Balcom & Moe Farms, a prominent mid-sized Franklin County grower, estimates electric bills will rise $25,000 a year. “You are in essence taking a [worker’s] wage and paying it to the utility district.”

Tim Boyd, representing big power users statewide through Industrial Customers of Northwest Utilities, said, “I suppose it can be argued that these are investments in the future. But the future doesn’t do much good for someone who can’t pay their electric bill today, or for someone who loses their family-wage job at a manufacturing facility because they lost their energy advantage, or is forced to lay off employees because they have to pay higher electric energy costs.”

Strong support also comes from the Olympic Peninsula. Forty percent of the 2011 increase in Grays Harbor P.U.D. rates was due to I-937, and power costs make a big difference in that region’s efforts to reopen paper mills. “We’ve had two large mills reopen in the last year,” said utility chief administrative officer Doug Smith. “We are keeping our fingers crossed they can make it, and when you talk about a 4 percent increase in their electricity costs, that can be a make or break thing.” 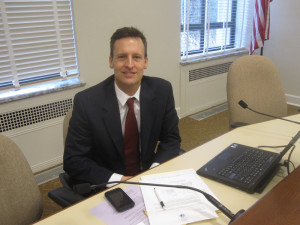 The “don’t buy before need” idea has actually been around for a couple of years, but until now it hasn’t gotten much traction. What changed this year was the installation of a new Republican-leaning majority in the Senate, quite a bit more sympathetic toward rewriting the law. Senate Energy Chairman Doug Ericksen, R-Ferndale, figures on plenty of negotiating this session with the House and the governor’s office. “We think ‘buy before need’ could be a vehicle for substantial reform to I-937,” he said.

There’s also an element that might seem astounding to anyone who knows the politics of the Tri-City area. A similar “don’t buy before need” bill has been introduced in the House, HB 1699, by none other than Gerald Pollet, a longtime Hanford cleanup activist who has butted heads with Tri-City leaders all his adult life. Now he finds himself on the same side. Pollet says he is concerned that the thrust of I-937 has caused the environmental community to back off its long-held support for energy conservation. “I think it is important that there is somebody from the environmental community who understands energy planning who is willing to take a look at this. I think a lot of people simply repeat, ‘let’s not touch I-937,’ which is a logical thing because it was under attack for several years. But this isn’t about attacking 937. It is about making it work, and making the promise of conservation under 937 reasonable, and not having an adverse impact on ratepayers when you don’t need to.”

Environmental advocates are sticking to the line they have expressed in previous years. They say they are willing to consider changes to the law, but only if utilities and power users agree to even higher purchasing standards after 2020. Relax the rules and you reduce the pressure to develop a renewable energy industry, argues Clifford Traisman, lobbyist for the Washington Conservation Voters and the Washington Environmental Council. So he says there has to be a trade. “I know it is not something that we are seriously pursuing this year, so we oppose the bill.”

Though the measure may emerge from the Senate this year, don’t count on much action in the House. State Rep. Dave Upthegrove, D-Des Moines, chairman of the House Environment Committee, says he doesn’t plan a hearing, much less a vote. Any big rewrite is going to have to involve all the players, he says. “I’m not going to take one side, run over the utilities, run over the renewable industry, run over the environmental community, because I don’t think that would be successful in this legislative environment.”

And he says so far the don’t-buy-before-need movement appears limited to the Tri-Cities. “Not a single person in my district has talked to me about it. My local utilities are not on board with that. I think they’re doing their best to get the concept out there, but I haven’t sensed political momentum.”