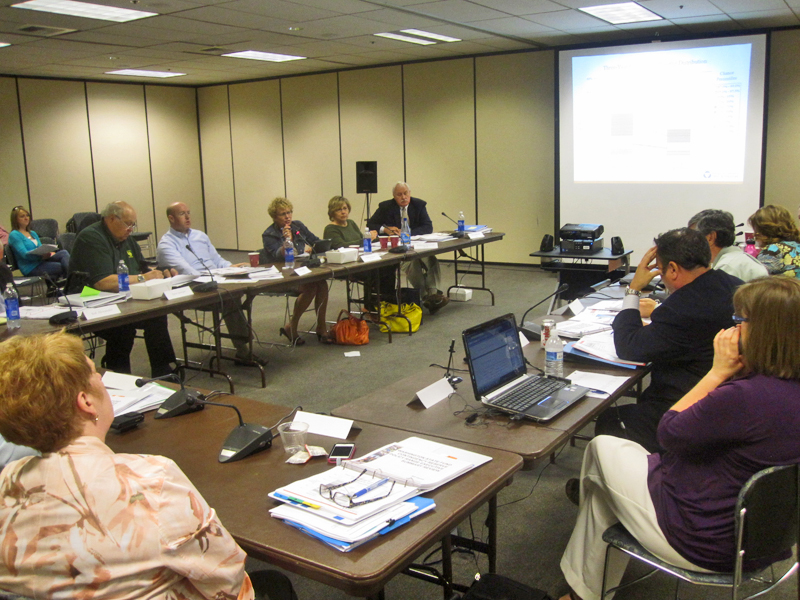 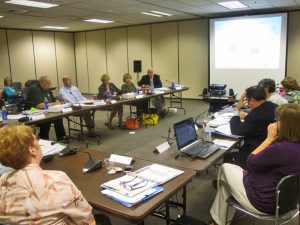 TUMWATER, June 22.—Business interests were left reeling Thursday as the state Department of Labor and Industries revealed the full scope of its long-term financial problems – a gap in its budget that is $3.1 billion deep.

To fill it would require the mother of all rate hikes — a 19 percent tax increase on every employer who participates in the state industrial insurance program. And that tax increase would have to be sustained over 10 years. The money would rebuild L&I’s depleted reserves and compensate for declining investment returns. Larger employers that self-insure also would be hit, because they would have to pay more when permanent disability pensions are awarded.

The tax increase would come in addition to the program’s break-even costs. Those costs usually go up each year as well.

It is a sure topic of discussion over the next two to three months, as L&I comes up with a formal tax-rate proposal for next year. And you can bet that discussion will be a lively one.

“Employers will go absolutely livid,” said Scott Dilley of the Washington State Farm Bureau. “This has the potential of becoming a very huge campaign issue in the gubernatorial race, because a 19 percent increase would absolutely devastate business. Even in a good economic cycle it would be devastating. But in this kind of economy, where things are slowly recovering, it would be horrendous.”

The news was delivered Thursday at a meeting of L&I’s workers’ compensation advisory committee — not that it was entirely unexpected. Big financial problems for the state industrial insurance program have been well-known for some time. The state auditor’s office has been warning for several years that trouble is just around the corner, and it has been calling for the department to improve its financials. Concern over the long-term health of the program prompted lawmakers to pass major reform legislation in 2011.  And last year, the department proposed, then withdrew, a plan that would have raised tax rates at that point to start rebuilding it reserves. At the time L&I promised to renew the discussion this year. That’s what it did Thursday, in a big way.

The mandatory state program provides insurance to workers who are injured on the job, covering medical bills and providing long-term pensions in case of permanent disability. It covers 2.3 million workers and 163,000 employers. Unlike most states, Washington does not allow private insurers to compete for the business; the only exception to the rule is for the 400 businesses that are large enough to self-insure. And some of those premiums are hefty: The logging industry, with the highest rate, pays $16.66 an hour for every logger.

The program has plenty of critics. Business complains L&I has little incentive to operate as efficiently as a private insurance company; that it awards overly generous benefits and allows workers to linger on the injury rolls substantially longer than in other states. Last year lawmakers overcame the traditional heavy resistance from labor interests and enacted reform legislation aimed at cutting costs. Though they didn’t authorize the cost-saving lump-sum settlements that are available in other states, they took a step in that direction by allowing “structured settlements” for workers age 55 and older.

All concerns about efficiency notwithstanding, it also is clear that part of the problem is that the agency drew down its contingency reserves to reduce huge rate increases at a time when it encountered a perfect storm of trouble. Its fast-rising claims costs and its big losses on the stock market cost the program $1 billion between 2008 and 2009. The reserve, which represents the difference between the program’s assets and liabilities, shrank from $1.6 billion on June 30, 2008 to $181 million two years later. By the end of this year it is expected to reach $592 million.

The most recent report from the state auditor’s office, utilizing an independent actuarial firm, concluded that the state program had a 56.9 percent chance of slipping into insolvency within five years if the reserve was not substantially increased.

L&I figures it needs to beef that reserve back up to $2.3 billion. That’s the point at which actuaries say the program has only a 1 percent chance of running a deficit. So to hit that target it needs an additional $1.7 billion.

At the same time, L&I says it ought to reduce its expectations of investment returns. That has a big implication for the amount the department puts aside when it awards a pension. The “discount rate” would be reduced from 6.5 percent to four percent. Cost to the state would be $1.35 billion. The change to the discount rate also affects the self-insured employers because they put up cash when one of their workers is awarded a pension.

Add those costs together and you get $3.1 billion.

To raise that kind of money L&I would need a 19 percent rate increase, sustained over 10 years, explained staff actuary Bill Vasek. Actually, the increase might be more than that – the normal inflation rate is 3.5 percent. So if rates have to rise to cover the annual increase in the break-even cost, that would have to be added as well. But there is a bright side. The whopping increase wouldn’t be quite so noticeable after the first year, because it would be locked in place for a decade. “You have the initial large increase, and the percentage increase the following year would be just a very manageable 3.5 percent,” Vasek explained.

‘A Lot to Swallow’

Though the agency’s financial troubles are far from a secret, the actual numbers presented at the meeting caused many of the insiders present to draw a sharp breath. As hearings go in Olympia, the workers’ comp advisory committee meetings are rather lightly attended, usually by a handful of representatives of business and labor organizations. But once word about this one gets around, it’s safe to say the business community statewide will be abuzz, said Kris Tefft of the Association of Washington Business.

“This is a lot to swallow,” he said. “Even though there are some small indicators of economic recovery, for most businesses 2012 looked a lot like 2011 and 2010. This kind of proposal would be very challenging. I think what we’ll do in the business community is to work amongst ourselves to see what we can come up with as a plan. I think there is general buy-in on the notion that there ought to be some recovery to the surplus, but 10 years of 20 percent surcharges would be very difficult to bear.”

Even while the agency was drawing down its reserves at the peak of the recession, business still was hit with big rate increases. Average rate increases were 7.6 percent in 2010 and 12 percent in 2011, though many specific industries paid more because of their claims history.  The agency did not raise rates for 2012, largely because last year’s reform bill allowed it to book big savings.

The Farm Bureau’s Dilley said the suggestion of a big surcharge for an entire decade might prompt business to dust off some of the proposals that were considered during the big 2011 legislative debate on worker comp reform. At the very least, the business community might come back with proposals to allow settlements for all workers, not just those over age 55. In a sense, it is a smaller-scale version of the debate that has roiled the Legislature during the last four sessions of recession: One camp wants higher taxes, the other wants to cut costs. There also is the possibility of an out-of-the-box response – business pushed an unsuccessful initiative in 2010 that would have allowed private competition and ended L&I’s exclusive control of the insurance business. The higher taxes go, the more chance such a proposal might have.

Rebecca Johnson of the Washington State Labor Council said, “From my side of the table, we didn’t realize we were in this dire of a situation, and I am sorry that we are, but I am very glad we’re taking a look at reality now and looking at what steps we can take, moving forward, to make sure we don’t get into another disastrous situation. We are not there yet, but we definitely seem to be on that path.”

Next step for the department is to consider its rate proposal for 2013 – an announcement that usually comes in September, but which sometimes is delayed until after the election when it becomes a political hot potato, as it did during the 2010 campaign.

L&I might be willing to accept a lower target for the reserve, said director Judy Schurke, but she told the business representatives at Thursday’s meeting she wants an agreement that it will be built to a higher level than at present. She said, “Some of the things that Bill wants to do, some of us would shake our heads at, because it just goes beyond –.” She stopped there, then added, “but they are things we should talk about.”

At the same time, Schurke said that lowering the discount rate really isn’t a matter for discussion – that’s a fiduciary responsibility. “I have to do what we have to do.” So it sounds like at least $1.35 billion of that tax increase may be firm.