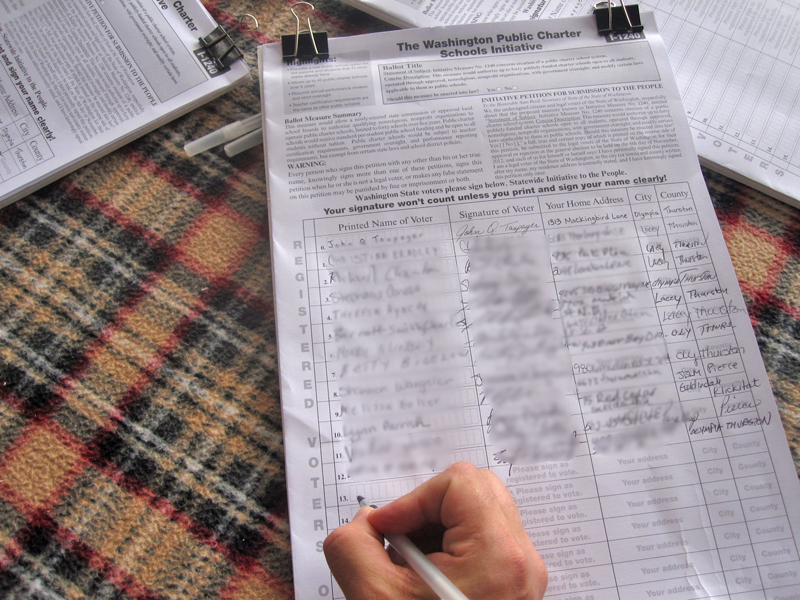 Advocates are Wary After Years of Opposition From Established K-12 Interests – As Appointments are Made, Teachers’ Union Goes to Court 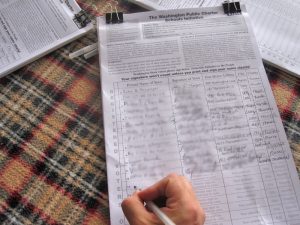 Fourth time was the charm for Initiative 1240, the charter schools measure approved by voters in November. The proposal first appeared on the Washington ballot, in different form, in 1996.

OLYMPIA, March 8.—Some charter school advocates aren’t ready to say they smell a rat. But when state decision-makers this week announced their picks for a commission that will oversee Washington’s new charter-school system, noses started to twitch.

Kevin Jacka of the Springdale-based Mary Walker School District was among the 80 school superintendents who lent their names to the campaign against Initiative 1240 last year. The measure was approved 51-49 by Washington voters after nearly 20 years of institutional opposition from established K-12 interests. Ordinarily the pick might seem odd, at most a mild political statement  — but in an unusual provision aimed at short-circuiting political fun and games, the initiative stipulates that all commissioners need to be believers. Also that they ought to be able to prove it.

At least one vocal advocate says participation in the no-on-1240 campaign should have been an automatic flunk. Liv Finne, education analyst for the right-leaning Washington Policy Center and the state’s most prolific blogger on the subject, says she isn’t drawing conclusions yet – but she’s going to spend the next couple of years sniffing the air as the commission makes decisions for the new system of schools. “Government insiders know that a common way to weaken a new program is for opponents to volunteer to manage it and be put in positions of control,” she says. “This was probably a staff oversight, but it worries me that all the effort we put in to make sure that every child has access to a good public education might be undermined just as the first charter schools are getting ready to open their doors.”

The battle isn’t over yet, of course. Last week the state’s powerful teachers’ union, the 83,000-member Washington Education Association, filed a lawsuit to overturn the initiative. There’s plenty of suspicion to go around.

First Schools More Than a Year Away

Under I-1240, as many as 40 charter schools will open their doors over five years, most likely starting in the 2014-15 school year. The publicly funded schools, now permitted in 41 other states, operate outside state rules for curriculum and management. Although opponents say charters represent a drain on existing schools in a state where funding follows the student, it also ought to be noted that they are not subject to existing union collective bargaining agreements which restrict school district hiring and firing decisions. That helps explain the strong opposition of WEA, and why it took four ballot measures and a multi-million-dollar campaign financed by Bill Gates and other tech moguls to finally put it over.

The commission will write the rules for educational standards and the application process; Some schools will be startups and others will be “conversions” of existing schools. And while school districts can apply to become charter “authorizers” themselves, advocates say it is more likely that parents will file applications with the state commission as a way to get out from under failing schools managed by local school boards. In Seattle, for instance, a likely hotbed for charter-school activity, the school board is most unlikely to be sympathetic: Last year it declared its opposition to I-1240. Hence the concern about the composition of the charter-school commission – foot-dragging has been a problem in other states, Finne says. When a school is converted, it can choose to use the local school district’s overhead services, representing about 20 percent of its budget, or it can go its own way. An unsympathetic commission might throw up roadblocks as it drafts its rules. And it is the reason the initiative makes that unusual stipulation: It requires that commissioners “have demonstrated an understanding of and commitment to charter schooling as a strategy for strengthening education.”

Says Finne, “If there are some stealth candidates on here who are going to dance to the tune of the superintendents in this state, it will become an effective way to block conversion charters,” she said.

Certainly participation in the opposition campaign doesn’t mean opposition to the charter-school concept per se. Opponents advanced seemingly thousands of reasons to oppose the initiative last fall, and many of them had to do with the details of the initiative rather than the overall concept. Lt. Gov. Brad Owen, who appointed Jacka to the commission, says he didn’t know that Jacka had lent his name to the opposition campaign, but he maintains it doesn’t make a difference. “I talked to him and he has been involved in a number of efforts for innovative education, for new ideas, and I felt that was a strong initiative we needed on the commission, as well as his expertise as a superintendent. So I am not that concerned. I did not know that he had put his name to it. That was not revealed to us at that time.”

And Jacka says he has had a change of heart since last year’s campaign began. Superintendent of the rural district north of Spokane since 2005, Jacka told Washington State Wire he can’t even remember when he authorized the opposition campaign to use his name. “I think my position has probably evolved over time,” he says. “When I started looking at charter schools I was thinking there was an unfairness I wasn’t sure I could support, and I think I’ve changed my mind on that. I see charter schools as fitting a niche, almost like a marketing niche, and I just see some opportunities there. Hopefully what we all do in education is educate ourselves on a subject and create a new opinion.”

Jacka has led a 10-district consortium dedicated to educational reform and has served as the lead superintendent in the Rural Alliance, an organization that promotes college transition and career readiness programs. 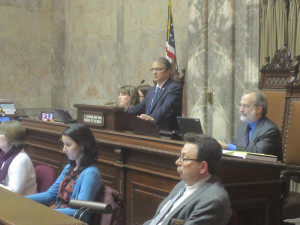 Appointments were announced Wednesday, the final day permitted by the initiative. Owen had three picks, as did Gov. Jay Inslee and House Speaker Frank Chopp, D-Seattle. It appears Jacka isn’t the only one who has undergone a conversion of sorts. Former Seattle School Board President Steve Sundquist, unseated in the 2011 election, filled out a questionnaire for the local Democratic party during that campaign in which he stated that he opposed charter schools. On the other hand, the Inslee appointee does have some bona fides that appear to meet the criteria: Last year he was among those who endorsed the initiative. Which leads Seattle’s Melissa Westbrook, perhaps the state’s second-most prolific blogger on the subject — on the opposition side — to urge readers to “tell Inslee that Sundquist was a mistake for the charter commission.” Sundquist ought to explain his change in position, she says. Washington State Wire took it a step further, and actually gave him the chance to do it.

“I’ve come a long way in my thinking,” Sundquist explains. “I think we are seeing an accumulation of evidence that when there is strong support in statutes, and when we have a state that establishes strong governance with strong oversight, that charter schools can make a difference in students’ lives.”

A public stand in favor of the initiative probably shouldn’t be a litmus test, says Shannon Campion of Stand for Children, one of the organizations that backed last year’s campaign. She says the qualifications of the appointees make it appear a strong list. But she acknowledges that the Jacka appointment was a puzzler – it wasn’t hard to cross-check the names of the appointees against the no-on-1240 website, which remains online four months after the election. “I’m assuming only positive things here, and it would be great to hear from Superintendent Jacka and find out more about his thinking. I’m not going to jump to any conclusions based on that one piece of information.”

Doreen Cato of Ocean Shores, executive director and chief professional officer of the United Way of Grays Harbor and former executive director of First Place, a kindergarten-through-sicth grade nonprofit school for at-risk children and their families.

Cindi Williams of Bellevue, an executive with an education policy firm who has held senior-level policy and communications positions in education, including postings with the Bill and Melinda Gates Foundation, the U.S. Department of Education and the White House.

Trish Millines Dziko of Vashon, founder and CEO of the Technology Access Foundation, a non-profit organization that engages minority students in STEM programs through the Federal Way School District.

Margrit McGuire of Seattle, director of teacher education at Seattle University and a specialist in curriculum development and social studies education.

Dave Quall of Mount Vernon, a former Democratic state representative who served as chairman of the House Education Committee, and a retired schoolteacher who spent 38 years in the trade.