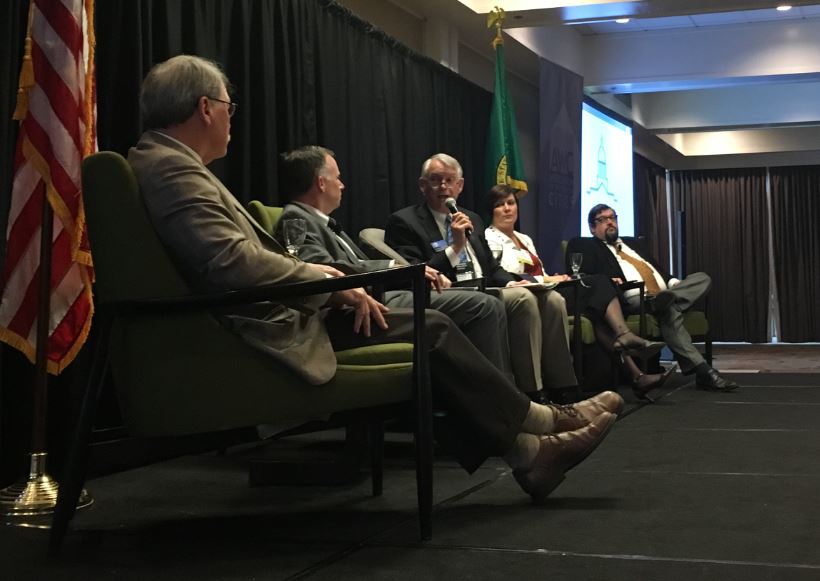 The legal marijuana industry is still waiting to for a definitive answer when it comes to how the White House will treat the retail side of the sector.

Toward the end of February White House Press Secretary Sean Spicer indicated the Trump Administration would introduce “greater enforcement” of federal laws against marijuana. He also insinuated that the new administration would treat medical marijuana more favorably. But he wrapped the statement up by telling reporters to reach out to the Department of Justice for more policy information.

Well, U.S. Attorney General Jeff Sessions commented on weed this week, and though he didn’t specify what the DOJ’s plans are, he did reiterate his disdain for the drug.

He was quoted in Politico saying as much:

“Most of you probably know I don’t think America is going to be a better place when more people of all ages and particularly young people start smoking pot,” Sessions told reporters. “I believe it’s an unhealthy practice and current levels of THC in marijuana are very high compared to what they were a few years ago.”

But he used language vague and expansive enough to remain politically flexible.

For instance, this quote from the Politico article:

“I’m definitely not a fan of expanded use of marijuana,” he said. “States they can pass the laws they choose. I would just say it does remain a violation of federal law to distribute marijuana throughout any place in the United States, whether a state legalizes it or not.”

There’s enough moseying in that language to either ramp up the enforcement of federal law against the marijuana industry, or to go the other way and fall on the Republican stand-by of states’ rights.

It makes sense that he’s not coming right out to condemn the retail industry. Support for legalizing weed is at a high point.

It’s not just the voter base.

Marijuana is quickly becoming big business, bringing in millions to state coffers from sales taxes, property taxes and excise taxes. In Washington, for instance, the excise tax alone brought in about $65 million in revenue in the 2015 fiscal year, according to a report from the Washington State Liquor and Cannabis Board.

Though he wasn’t direct about the DOJ’s policy moving forward, his hints were enough to keep the industry on edge. Again, from the Politico report, he’s quoted saying:

“Experts are telling me there’s more violence around marijuana than one would think and there’s big money involved.”