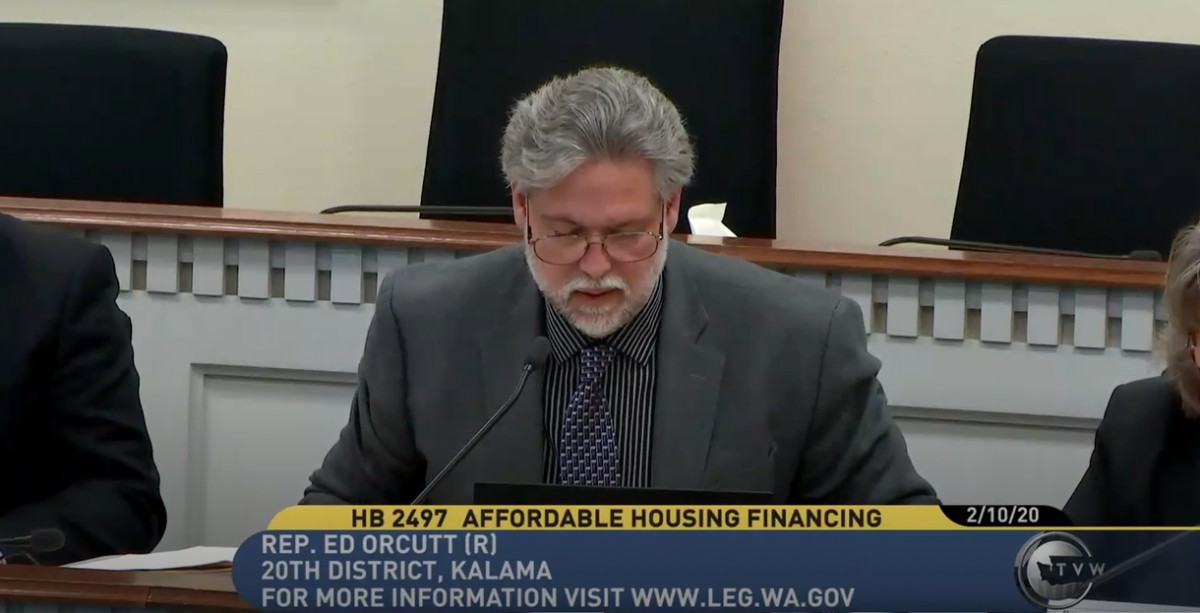 If passed, the bill would make it easier for communities around the state to pay for sewer, water, sidewalk and other infrastructure projects necessary to construct affordable housing.

“This bill creates a unique public-private partnership which allows for the creation of these developments,” said Rep. Mike Steele (R-12th District), who sponsored the bill. “The idea is that we create these partnerships so that folks are incentivized to build, but also keep rates low for these units. This bill creates that opportunity to encourage development and to keep enterprises in workforce housing in that affordable range.”

The bill would also allow cities and counties to apply for a remittance of 4.37 percent of the state sales and use tax on affordable housing construction based on certain eligibility requirements.

“This bill would allow the state to partner with us by giving us some sales tax rebate based on the full amount of the construction project,” Mayor Frank Kusz said during Monday’s public hearing. “This would allow a rebate of state money to help cover those costs.”

The bill would allow households that earn 60 percent or less of the county’s median income to benefit from rental housing or mobile home spaces from these nonprofits. Organizations that provide these types of affordable housing would qualify for a continuation of a property tax exemption if the qualifying household starts to make between 60 and 80 percent of the county’s median income over time.

“The proposed sub makes changes that act favorably towards our fiscal note while still ensuring an immediate benefit to housing operators,” said Rep. Nicole Macri (D-43rd District). “[This] ensures people who gain more stability and income once they move into affordable housing can stay there. That’s an outcome we’d love to see.”

“We’re trying to do everything we can to make sure affordable housing is being created,” said Rep. Amy Walen (D-48th District), who sponsored the bill. “To me, this is a common-sense exemption from the real estate excise tax, and helps develop the affordable housing stock we need to see.”

House Bill 2620 expands the property tax exemption for multiple-unit residential buildings in urban areas. It would allow cities and counties utilizing the Growth Management Act to provide the Multifamily Property Tax Exemption. The bill would also authorize an extension of the property tax exemption to 12 years and would  establish residential density requirements for areas targeted by the bill.

Rep. Walen, who sponsored this bill, said the program established by the property tax exemption was an important one, and that while it currently works, the Joint Legislative Audit and Review Committee suggested improvements to the program that would better serve those who need the exemption.

“Some of those improvements are being made,” Walen said.

“This extends the flexibility of those tools to incorporate permanently affordable housing,” said Rep. Sharon Wylie (D-49th District). “Housing is always a critical part of attracting businesses and developing communities. It makes sense this tool is available when these complex projects are put together.”