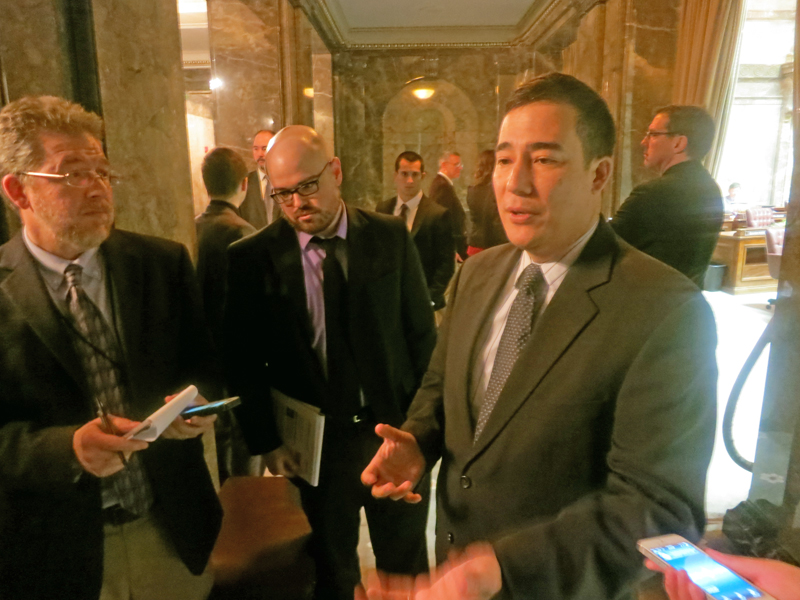 With only a few days left until the deadline to pass bills out of committee, Hobbs himself said the transportation package wasn’t likely to pass this year.

“This is probably more of a next year thing,” Hobbs said. “But we shouldn’t be afraid to talk about something like this.”

The transportation package, proposes funding solutions for the preservation and maintenance of the state’s highway system and aging infrastructure, while also addressing environmental concerns exacerbated by vehicle carbon emissions. Line items in each of the spending proposals include $3.5 billion for watershed level culvert removal and $60 million for a bicycle and pedestrian grant program, reflecting efforts to expand carbon reductions under the transportation package and mitigate environmental challenges posed by the state’s current transportation system.

“We’ve locked up thousands of acres of fish habitat because of culverts,” Hobbs said. “I view this as a transportation bill and an environmental bill. It’s kind of both.”

The transportation package also includes a list of 87 improvement projects, including a $3.1 million I-5 bridge replacement, a highway preservation project estimated at $869,000 and a U.S. Highway 2 trestle rebuild valued at $1,802,219.

While Hobbs acknowledged the options may be seen as contentious by some, he called the package bold, challenging those in attendance to find a better carbon policy.

“You show me another carbon policy bill that fixes all the culverts, opening up thousands of fish habitat, deals with stormwater, deals with congestion, and gets people to work,” Hobbs said. “This creates tens of thousands of new jobs, not just a few thousand in one industry.”

However, he acknowledged, “This is a work in progress.”