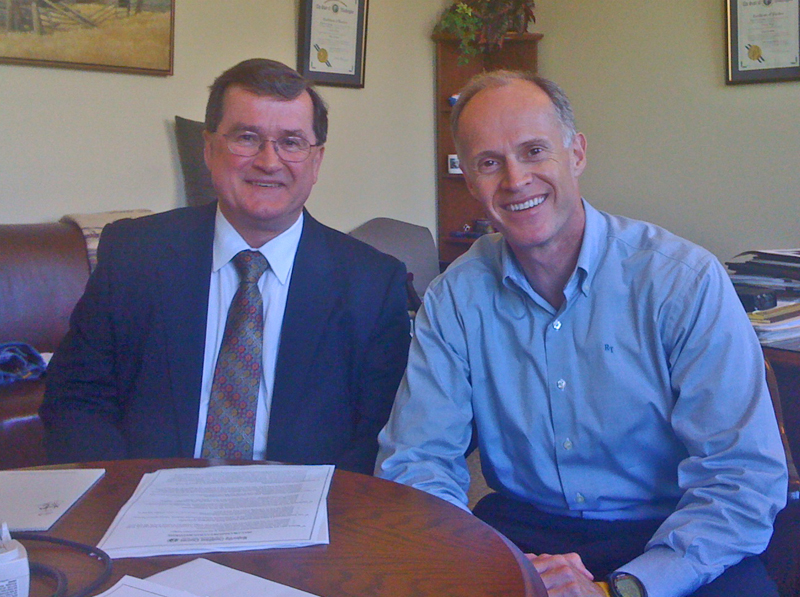 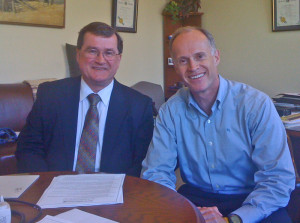 OLYMPIA, Aug. 8.—When a gas-tax increase went down to failure last session, Senate leaders said they didn’t want to put a dime into a transportation system they consider broken – “fix it before you fund it,” they said.

Looks like they’re serious about that. Senate Majority Leader Rodney Tom, D-Medina, and Senate Transportation co-chair Curtis King, R-Yakima, are announcing a series of hearings they will hold statewide on a fairly well-developed series of reform proposals that aim to cut the costs of road projects. Big thing is lawmakers and the general public won’t sit still for a gas-tax increase unless the system is fixed first, they say.

“We have to convince the public that we know what we are doing and that we have a fair and efficient and effective system before we ask them to support us by giving us more money,” King said.

Consider it a signal that this year’s failure to pass a gas-tax proposal wasn’t just about a controversial bridge plan in Vancouver or general Republican resistance to any sort of a tax increase. The Senate, dominated by a largely Republican Majority Coalition Caucus, came in for plenty of criticism from Democratic Gov. Jay Inslee at the end of last session when it balked at the proposal for a 10.5-cent-a-gallon gas-tax increase. But Democrats themselves never demonstrated any great love for the idea, either, waiting until the 151st day of the 153-day session to finally take a vote on the bill.

Tom and King say the Senate is entirely willing to entertain the idea of a gas-tax increase for new road projects next session, but only after some sort of reform package is enacted. One way or another, they maintain voters are going to get their say on it, either through a referendum from the Legislature or some sort of repeal attempt. At this point, they are mum on whether they would insist that the Legislature itself send the matter to the ballot — an idea that raised howls from transportation advocates last session. But they say some sort of public vote ought to be assumed — and that’s why they say some sort of public process is needed. “I think everybody out there figures that whether the Legislature does it or [initiative promoter Tim] Eyman does it, there is going to be a public vote,” Tom said. “That is why we think it is important that the public understand that we are doing this in a very open manner, instead of in the back corridors of Olympia.”

The effort comes as the Legislature’s Joint Transportation Committee launches a similar but not entirely parallel effort to study the factors that drive up costs in state transportation projects. A report is due by the end of the year; an advisory committee held its first meeting Tuesday.

From Obvious to Controversial

Embarrassing blunders at the state Department of Transportation are part of it, of course – the widely publicized cracking of bridge pontoons for the new Highway 520 bridge on Lake Washington that will cost $80 million to fix, the million-dollar design goof in Tacoma that required the demolition of a half-finished freeway connector. But then there are the systemic issues that are matters of state policy – the fact that the state imposes sales tax on construction materials, which boosts costs 8.5 percent and shunts gas-tax money into the general fund. Or lengthy environmental-review processes, costly “mitigation” requirements, a piecemeal approach to major construction projects, and state prevailing-wage requirements that may or may not drive labor costs higher than market rates. Exactly how much those policies add is a matter of anecdote, but comparisons with road projects in other states suggest that Washington doesn’t get the same bang for the buck.

Said Tom, “Based on the feedback we are getting from our constituents, these are the areas we have concerns, and if we don’t address them, they don’t see the value, and they think there are still a lot of inefficiencies in the system.”

Senate reform proposals range from the obvious to the controversial. There are 10 on the list. In the first category one might include elimination of the construction-materials sales tax, streamlined environmental permitting, and reforms suggested by the state auditor’s office to ferry construction processes.

Others might spark a wee bit of warfare with labor, like a proposal to “open a dialogue” about prevailing-wage and apprenticeship requirements on state roads projects. Though federal rules require contractors on public projects to pay at a rate equal to the “prevailing wage” in their communities, the state uses a survey that typically pegs wages higher than the federal standard and adds 10 to 15 percent to the cost. Senate staff notes that the cost on the $4.6 billion 520 bridge project amounts to $200 million – sufficient to fully fund the long-delayed reconstruction of I-90 over Snoqualmie Pass.

“Calculating that [prevailing wage] is far from an exact science,” Tom said. “Maybe we should, instead of using a survey method that can be manipulated, maybe we should use the federal number, or devise a more comprehensive and complete methodology for deterimining what is that real prevailing wage. I think you can go to a lot of union supporters and union workers and even they will say, yeah, the system we use is far from perfect.”

Other reform proposals on the Senate’s list include new funding sources for stormwater-drainage projects, thus taking some of the pressure off gas-tax revenues, adding congestion relief to the state’s list of transportation priorities, and use of toll revenue for projects within the corridor that is being tolled. Some of the proposals gained some traction in this year’s legislative session – bills that got hearings or even passed the House but saw no action amid the general transportation meltdown in the Senate. They include measures that would require DOT to make a full public report on significant project errors, encouraging the use of public-private partnerships, and streamlining regional transit-authority boards.

Senate leaders are delivering a letter to Secretary of Transportation Lynn Peterson this morning seeking official executive-branch support for the hearings. They are proposing a schedule of meetings at Department of Transportation offices around the state. But they say the hearings will take place regardless. It is clear that some regions have different interests than others – in the urban Puget Sound area, there is more an emphasis on transit than in Eastern Washington, where road construction is the central concern. Stakeholders in all regions will be invited to give testimony.

“I think too often that these things get cooked up in the back rooms of Olympia, and we want to make sure that this is a really open process,” Tom said. “That is certainly not to say that this is the package. We are really out there to get input from the citizens, so that we can tailor this to the needs of Washingtonians, so that we can look them in the eye and say we are stretching your dollars as far as they can go.”

The proposed hearing schedule is as follows: