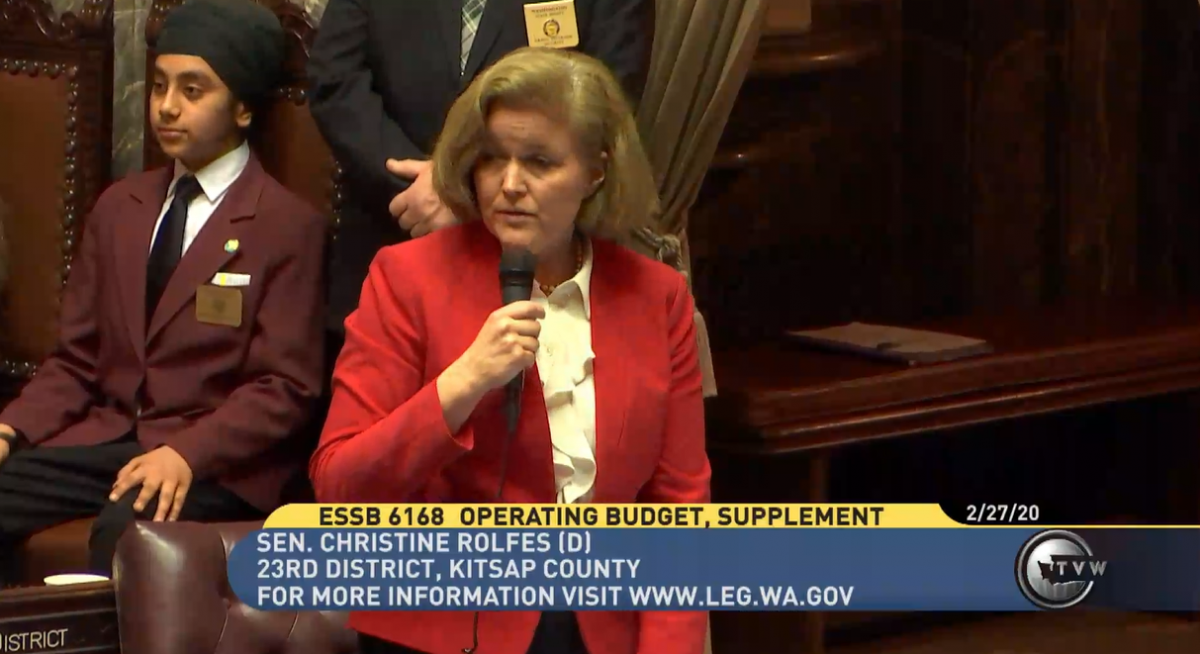 Several amendments were discussed in the Senate floor debate on Thursday regarding Senate Bill 6168, or the supplemental operating budget as proposed by the Senate this session.

Amendment #1197 was adopted Thursday afternoon, a move that would allow proceeds from the Long-term Care services to be invested through the State Investment Board. The amendment aims to improve returns and offer additional benefits, according to Sen. John Braun, who spoke in favor of the amendment.

Another amendment, #1203, would divert funds from the general fund to help airports pay for necessary improvements on airport grounds around the state. The money used for these airport improvements would also allow Washington airports to help qualify for federal funding that require matching contributions.

“What this does is take one percent of the aviation fuel tax, which is currently at a rate of 6.5 percent, down to 5.5,” said Sen. Jim Honeyford (R-15th District). “We’ll leave that in the general fund and put one percent in the aviation account, which would go to airports to improve their payment and other improvements that are necessary for flights out of these airports.”

Senators debated other amendments to the operating budget, including an amendment that would strike $250,000 from the budget allocated for the study of establishing a state bank, something Sen. Mark Schoesler said was in an effort to maximize efficiencies and find better uses for that money. However, the amendment didn’t garner support from everyone, and was voted down 25-22 with one abstaining.

“I appreciate the goal of achieving greater efficiencies, and in fact, that is what the proposal is trying to look at and eventually establish a state bank,” said Sen. Christine Rolfes (D-23rd District), who spoke out in opposition to the amendment. “We send out of the state $1.2 billion annually, mostly to Wall Street and other retirement and interest payments. If we could save just some of that by establishing our own state bank for infrastructure lending, the possibilities are endless.”

Another amendment, #1209, was rejected Thursday afternoon. That amendment would add funding for an assistant director for the Office of Civil Legal Aid, an effort to further support services from that office. Advocates of the amendment thought adding a position to a three-person staff would help to carry out the duties of that office, while opponents said adding a position to that staff was the wrong move.

“I have been engaged with the Office of Civil Legal Aid, and over time, administrative needs of the office have grown,” said Sen. Ann Rivers (R-18th District).