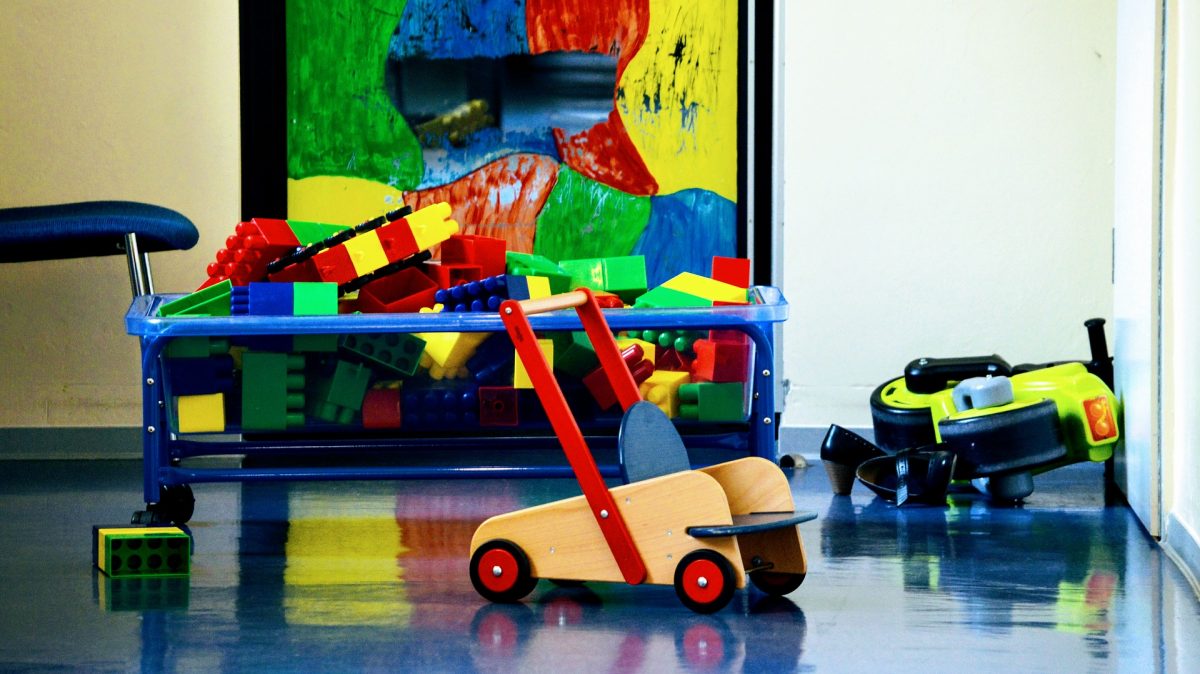 Senate bill that would expand accessible, affordable child care has first hearing in the House

Senate Bill 5237, which would expand accessible, affordable childcare and early childhood development programs, had its first hearing in the House Committee on Children, Youth and Families on Thursday. This bill, sponsored by Sen. Claire Wilson (D – Federal Way), passed out of the Senate on March 6 with a vote of 28 in favor and 21 against the bill.

Specifically this bill would establish a new account for child care and early learning purposes and includes a non-exhaustive list of spending goals and strategies. It will expand eligibility and decrease copayments in the Working Connections Childcare Program and expand eligibility in the Early Childhood Education and Assistance program.

The bill would also provide increased rates, training, grants, supports and services for child care and early learning providers. It would also increase the social safety net for families of children from birth until age 3, as well as for their providers.

Wilson said that this bill is about providing solutions for families that are struggling without the resources that are available to wealthier families.

I’m very excited that today’s bill is about prevention and it’s about solutions. I’ve been thinking about Toby who is sitting at home with his big sister being his childcare provider and his teacher because his mom, who is a full-time essential worker, doesn’t make enough money to pay for full-time childcare. And Jessica, a parent in my district who had to turn down a job promotion she was offered because it just didn’t pencil out and more than doubled her subsidy payment for her kids. And then there’s Amy and her husband who have a new infant who is medically fragile and they’re unable to find care for their infant because child care providers are not allowed nor do they have the dollars for supports for one-on-one care that many of our fragile children need.

The Fair Start for Kids Act will help them and hundreds and thousands of other children and families across the state. Did you know that there are over a half a million children in the state of Washington that don’t have access to licensed childcare because access is limited everywhere you go and that full time care for an infant is 113% more than the cost of in-state public college tuition, because childcare is incredibly expensive. It hurts families and it hinders our recovery.”

Patty Liu, a spokesperson for MomsRising, said that childcare has always been an enormous expense for families.

It’s an open secret among moms that before telling anyone else that you’re pregnant, that your first calls need to be getting on the years long waitlist for childcare, because there are so few infant spaces available. And it’s even more challenging for those who didn’t know or can’t find a spot at all. Then you also have to be able to afford it. For years wherever you turned people were talking about the cost of higher education, but absolutely no one told before you had kids that childcare actually costs more than college… For us [childcare] added up to $2,525 for two kids in full time care. Which is more than our mortgage and car payments combined.”

Liu also said the pandemic has just laid bare how hard it is to find affordable childcare, often at the expense of a career.

In 2020, I had the opportunity to make a big career shift and it was my dream job, but was still making just barely enough to cover childcare. And unfortunately when the pandemic hit and our childcare provider closed, I was laid off because I could no longer put in my full hours due to my increased caregiving responsibilities at home.”

Liu’s story is not an isolated incident. In research done by McKinsey and Oxford Economics, women have accounted for nearly 56% of the workforce exits during the pandemic nationwide, despite only making up 48% of the workforce. And according to an article from Fortune, 100% of the job losses in December 2020 were those held by women. According to this research, households that make $30,000 or less a year are facing double the unemployment rates of higher-income households.

Aida Rodriguez, an owner of a childcare facility and member of Service Employees International Union 925, said the system is broken and the state subsidies currently available are not enough for facilities to continue to operate.

I live in Whatcom County and the majority of the county is considered a childcare desert. In fact, over the last decade nearly half of the licensed childcare providers have left the industry. Now after COVID, we have even fewer child care professionals when we need more to allow parents to go back to work. The biggest reason for providers to have left the industry is because the state hasn’t paid us for the true cost of providing high-quality care … This is just not sustainable, I cannot continue to accept subsidized families into my program at a loss of 50%. Childcare providers are largely women and women of color, and we’ve been declared essential workers but the state has never paid us fairly for our work.”

Sharon Hanek, a concerned citizen from Bonney Lake, urged for a no vote on the bill. She said that while she supports the additional funding, she believes that there are strings attached to this funding.

Section 104 about accountability and oversight, is overseeing the privately owned businesses, churches and nonprofits. In that section it also includes a mandate on policies dismantling systemic racial problems. That is what I’m concerned about. How are you going to be implementing a plan to dismantle systemic racial issues in toddlers? And will you be forcing a Somalian daycare, a Korean daycare, a Catholic daycare provider to integrate children just because it is within the DCYF guidelines?”

Hanek went on to say that she chose her daycare for her children to support their cultural heritage, and she is concerned that because of this section, they would lose that connection to their culture that they gain through attending a Japanese daycare center.

The language in that section does address racial equity, but reads “maintain a focus on racial equity and inclusion in order to dismantle systemic racism at its core and contribute to statewide efforts to break the cycle of intergenerational poverty.” Another section in this part of the bill says, “advance racial equity and strengthen families by recognizing and responding to the growing diversity of our state’s population.”

Both sections quoted seem to be an effort to help programs address inequities in the system and promote cultural understanding between different races and cultures, so that children can grow up with a sense of cultural sensitivity.