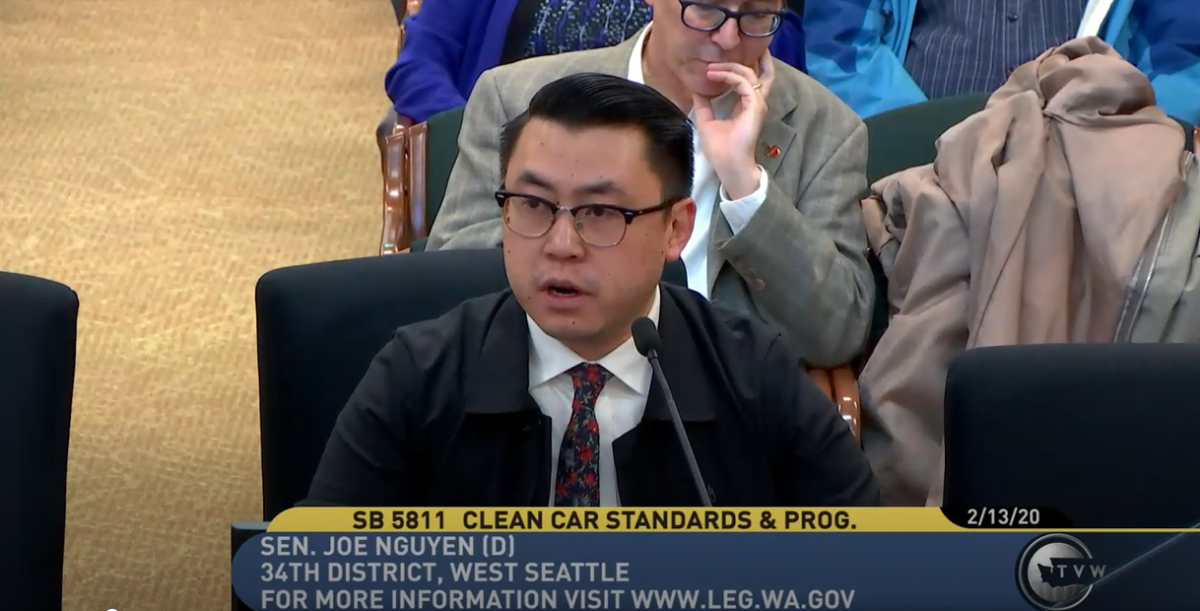 Senator Joe Nguyen of the 34th Legislative District (White Center) has launched a petition calling for the State Legislature and Governor’s office to reject an austerity approach in upcoming budget discussions.

The petition stipulates that signees “call on both chambers of the Washington State Legislature and the Governor’s office to prioritize a lens of equity and justice for the underserved when developing the FY2021 State Budget, and charting a course of recovery from the ongoing health and economic crises, without imposing ineffective and inequitable austerity measures.”

In response to the Great Recession a little over a decade ago, Washington State implemented severe austerity measures, slashing billions in funding for public schools, higher education, and social services.

While austerity measures can include a combination of spending reductions and tax reform, former Gov. Christine Gregoire’s several austere budget proposals did not increase taxes or end tax breaks for businesses.

As the state braces for a projected cash shortfall of up to $8.8 billion by 2023, Nguyen is advocating a legislative approach that looks to long-term revenue solutions.

The Governor’s administration and State Legislature in 2008 thought that short-term cuts could suffice to see Washington out of the financial crisis. But by 2013 we hadn’t recovered sufficiently, and the unaddressed roots of our state’s regressive revenue structures were laid bare,” reads the petition.

Nguyen has been a vociferous critic of the state’s approach to budget writing during the Great Recession.

Speaking to the Wire back in May, Nguyen said:

If you look at what happened in 2010-2011 – we had federal dollars coming in for the prior two years – because we gutted the budget so much, we saw an increase in homelessness, unaffordability, and all these different inequities. As of these last biennium, we still weren’t back to those 2008 levels. If we’re not able to get back to those 2008 levels, despite having the most robust economic growth in Washington State history, that approach probably hasn’t worked.”

With another round of federal aid at the mercy of congressional gridlock, Nguyen asserts that the Legislature should seek new progressive revenue streams, rather than look for areas of the budget to make deep cuts.

The possibility of more incoming federal dollars – potentially a means through which to avoid deep cuts – has been cited by some legislative Democrats as one reason to wait on convening a special session, as several other states have done this summer.

In May, Nguyen also acknowledged that a dual approach of raising taxes and cutting programs – which he said are two of the hardest actions legislators have to do – would likely be necessary to dealing with the budget shortfall.

But no matter what, the extent of this economic crisis cannot be fixed through budget cuts — the math just doesn’t add up. It would be impossible to cut discretionary spending enough to make up for the projected revenue deficits.”

Thus far, the petition has garnered support from members of King County Council, members of the Seattle School Board, and the Washington State Legislature, as well as over 75 community members.