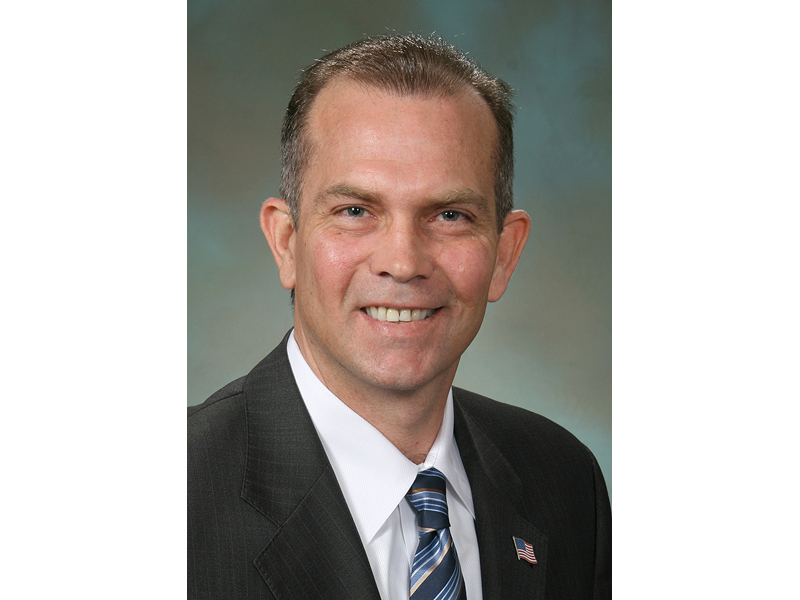 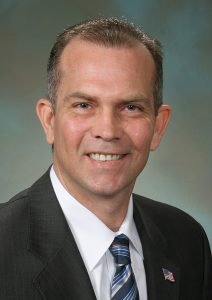 OLYMPIA, May 18.—State Sen. Joe Zarelli, R-Ridgefield, the man behind the Senate Republican budget and a key player in this year’s Senate rout, stunned the statehouse Friday with an announcement that was kept under wraps until just after filing week closed. He won’t be back. At least, not as a legislator.

It was the news bomb of the week. Zarelli’s announcement came minutes after the filing period ended at 5 p.m. State Rep. Ann Rivers, R-La Center, a freshman seen by many as rising star in the House Republican Caucus, had filed just before the close of business for the 18th District Senate seat, at the Clark County auditor’s office.

Meanwhile, the local Democratic party, which had been without a challenger for Zarelli, managed mid-Friday afternoon to find someone to file against him – Ralph Schmidt of Camas, a precinct caucus coordinator for the Clark County Dems. Suddenly, with filings closed and Zarelli out, the party volunteer finds himself a lonely Democratic contender for an open Senate seat, against an established Republican candidate. It is the kind of race that takes months of prep work and big special-interest backing to win.

In hia press release, Zarelli said, “As the Bible tells us, ‘to everything there is a season.’ It’s time for my season as a senator to end. I will move forward with no regrets, only a lot of fond memories, many strong friendships and the hope that I’ve left state government better than how I found it.”

Zarelli offered no specific reasons for his decision, nor did he hint at future plans. “The past few years in particular have been wearing, although they’ve also been rewarding,” he said. “I will wind up 17 years in the Senate without having accomplished every single thing that was on my list, but at the same time, I’m not leaving just so I can sign up for something else.” 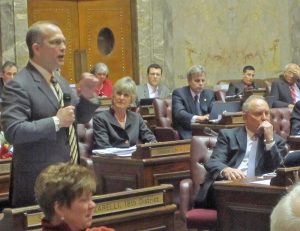 Zarelli speaks on the Senate floor the night of March 2, when three Democrats voted with Republicans and allowed him to write the budget.

Zarelli has long been one of the most prominent players in statehouse politics. He became Republican budget leader in 2004, and briefly served as Senate Ways and Means chairman when Republicans held the majority. But even after Republicans found themselves in the cold, he earned a reputation as the Legislature’s nitty-gritty detail man – the lawmaker who could analyze the state budget, see the long-term implications of budget decisions, and better yet, explain them. His policy papers – he called them “Budget Tidbits” – were must-reading around the statehouse. Even as Zarelli criticized Democratic spending plans for sending the state hurtling cliffward, Dems would privately concede his numbers were usually right.

Zarelli found himself in a power position during the last two sessions, as the economy tanked, the state faced record shortfalls, and centrist Democrats began to balk at talk of big tax increases to keep government on the same upward course. Though Senate Democrats held the majority last year, they couldn’t muster 25 votes for a budget, and the breakdown prompted Senate Ways and Means Chairman Ed Murray, D-Seattle to invite Zarelli to the negotiating table. The result was a bipartisan budget that passed with a swath of votes down the middle, and one that was far more conservative than would have been written by Democrats alone.

This year Democratic leaders rejected bipartisanship and attempted to go it alone – a course that meant they would shunt hundreds of millions of dollars of expenses into next year’s budget, and make next year’s anticipated shortfall that much worse. Zarelli reached out to Dems in the middle. He helped convince three of them to break ranks and vote for a budget they considered more sustainable, and in doing it shifted control of the Senate.

During budget talks Zarelli held firm, demanding reforms aimed at bringing the state budget closer to balance in future years. One big win for the Republicans and like-minded Dems: A pension-reform measure he advocated that will eliminate special early retirement incentives for future state hires, saving the state $1.3 billion over 25 years. Not that everyone appreciated it. Even though local Democrats couldn’t find anyone to run against him, the state Labor Council singled him out for special recognition when it issued endorsements May 5. He was the only member of the Legislature the council voted to oppose, no matter who ran against him. 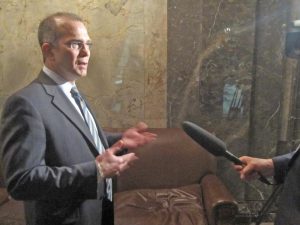 Zarelli is interviewed by a television reporter in the Senate wings.

The way Senate Minority Leader Mike Hewitt sees it, he’s losing one of his star players – not to mention his session roommate of the last six years. Zarelli is “one of the most valuable guys the Legislature has had in the last dozen years,” he says.

“He and I have been having discussion off and on about this, and he informed me yesterday he was not coming back, so it didn’t take me by surprise. But I am seriously disappointed.”

Hewitt says Zarelli deserves the real credit for the 2007 measure that created the state’s constitutionally protected rainy-day fund. “That was his thought,” Hewitt said. “He ran that bill two or three years in a row, and the governor said, ‘I’m going to take it,’ and he said, ‘I don’t care as long as we get it.’

Zarelli’s plan to step down apparently wasn’t widely known, even among his colleagues. Sen. Mark Schoesler, R-Rizville, chairman of the Senate Republican Campaign Committee, said he wasn’t warned – though he began to have an inkling when he watched the candidate-filing list fill up this week at the secretary of state’s office. By Thursday night, neither Zarelli nor Rivers had filed for re-election. Wasn’t hard to read those tea leaves, he said.

“Joe’s ability to negotiate with Ed Murray and move the reform dial was historic,” he says. “To think that the last two Republicans to do the budget were Dino [Rossi], who was a miracle worker in his day, and Joe, who moved the dial with Ed, and then was a major person in orchestrating the 9th Order takeover – that was huge. I mean, I have to put Joe on a historical platform.”

Even before Zarelli’s announcement, there had been speculation that he might be tabbed for an agency directorship should Republican Rob McKenna win his race for governor this year – perhaps at the Office of Financial Management, the agency that oversees spending at state agencies. In his news release, Zarelli said he specifically would not speculate on any future state-government role. But state Rep. Gary Alexander, R-Olympia, Zarelli’s counterpart in the House, says, “It would not surprise me at all that Joe would be a potential candidate for OFM director if Rob McKenna became the governor of the state of Washington.”

He adds, “I am going to miss Joe. He has done a very successful job in making sure that the Legislature is looking at not only how we balance budgets today but how we are going to set the stage for making them sustainable tomorrow. I think that was always the message from Joe’s perspective. He kept on looking at the issue of what are we going to do, where we going to be tomorrow and the next day after that.” 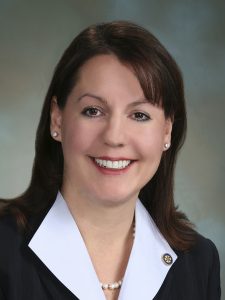 Zarelli, a Navy veteran and business consultant, has served 17 years in the Senate. His first foray into legislative politics came in 1994, when he challenged and narrowly lost to state Rep. Betty Sue Morris, D-Hazel Dell. But that year Republican Linda Smith won her race for Congress, creating a vacancy in the Senate, and Zarelli was the top choice of Republican precinct committee officers to fill the position. Democratic county commissioners instead picked Hal Palmer of Longview to fill the seat. When the seat appeared on the ballot in 1995, Zarelli easily defeated Palmer in the Republican primary and went on to win the general election.

Zarelli’s exit and Rivers’ campaign for Senate bring to 25 the number of lawmakers who will not be seeking re-election to their current seats.

Once the cat was out of the bag Friday night, Rivers told Facebook friends, “I can’t fill Sen. Zarelli’s shoes but can honor his legacy as I create my own.”