Sen. Shelly Short, who was appointed, then elected to her seat as Senator in 2017, will assume Sen. Joe Fain’s role as Republican Floor Leader. Fain was defeated by Democrat Mona Das in the November general election.

Sen. Ann Rivers will take over for Sen. Barbara Bailey as Republican Whip. Sen. Bailey is shuffling to the position of Deputy Whip, which is currently held by Sen. Maureen Walsh.

Those changes considered, the new leadership will be 75 percent women, which Senator Randi Becker, who was re-elected to her role of Caucus Chair, pointed out as an exciting development.

“We’ve always had a strong role in our caucus … to have actually six women in leadership is really exciting … I can’t tell you how excited I am. I knew we had elected a lot of women but it didn’t really gel or show the impact of it until I saw all the pictures.”

The full line-up of Senate Republican leadership going into next session is as follows: 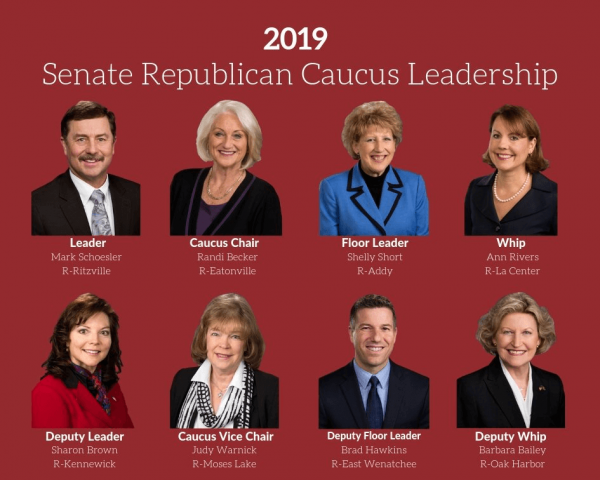