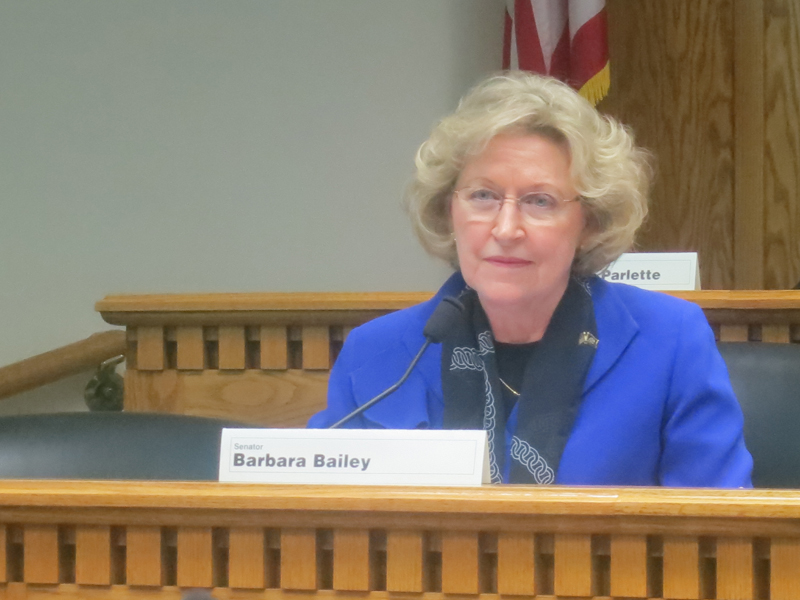 In a letter to Governor Jay Inslee dated August 16, Senator Barbara Bailey (R-Oak Harbor) announced her retirement. Senator Bailey represents Washington’s 10th Legislative District and has served in the legislature for 16 years.  She will step down effective September 30th.

She previously served as Chair of the Senate Higher Education Committee.

In her letter, Bailey says the reason for her retirement is to spend quality time with her family and church. She and her husband also wish to be involved in projects and ventures while they “are still reasonable healthy and mobile.”

“I leave with a great sense of accomplishment of some significant issues which were passed into law, and which have made life for our citizens more efficient and meaningful. Specifically, making higher education more affordable in our public institutions, better support for our veterans and their dependents, improved health care for our aging population, and as Chair of the Select Committee for Pension Policy, ensuring long-term sustainability at a time when other pension systems around the country were in crisis,” wrote Bailey.

“Senator Bailey has been a tireless public servant, dedicated to improving this state and fighting for the people of her district,” said Becker. “I not only wish that we could keep Senator Bailey; I wish we could clone her. She is the epitome of class and grace, and I have always appreciated her fight for hardworking taxpayers.

“I will miss Senator Bailey, and so will taxpayers of this state.”

“Senator Bailey wasn’t afraid to get her boots muddy and jump right into the fight on important, and sometimes difficult issues,” said Schoesler. “Year after year she worked on one of the least glamorous committees in Olympia – one that safeguarded all state workers’ retirements. Due in part to all of her hard work, our state has one of the most secure pension systems in the country.

“Senator Bailey has been an absolutely stellar member. She will be sorely missed.”