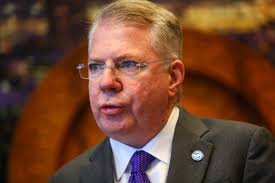 Seattle Starts Their Own Cannabis Reform:

Usually, just when all the interests on transportation start to coalesce on a transportation funding and project agreement, the folks or city council  in Seattle or the King County council find some money for transportation or they pass a big project funding package at the local ballot like Metro funding, or mono-rail funding (again or not), or their plan for yet another tunnel. And this creates what some refer to as the Seattle Echo. Meaning, the legislators from the Seattle metro area hear about new funding and projects from local sources and are less inclined to pitch in on the state-wide program.

Will there be a Seattle Echo on cannabis? Just recently the Seattle Mayor’s office announced plans for a symposium. Of course, just weeks before the legislature attempts for the third (maybe fourth) time to pass comprehensive cannabis clean up legislation.

Sara Aitchison reports in the Puget Sound Business Journal that the city is poised to pass it’s own laws on cannabis patient’s issues, as well as remedies for concerns of businesses and impact on public areas.

We won’t know until the 2015 session is well underway, but if you hear a struggle for legislative efforts to realign the state cannabis laws, you just might realize it sounds like a Seattle Echo.