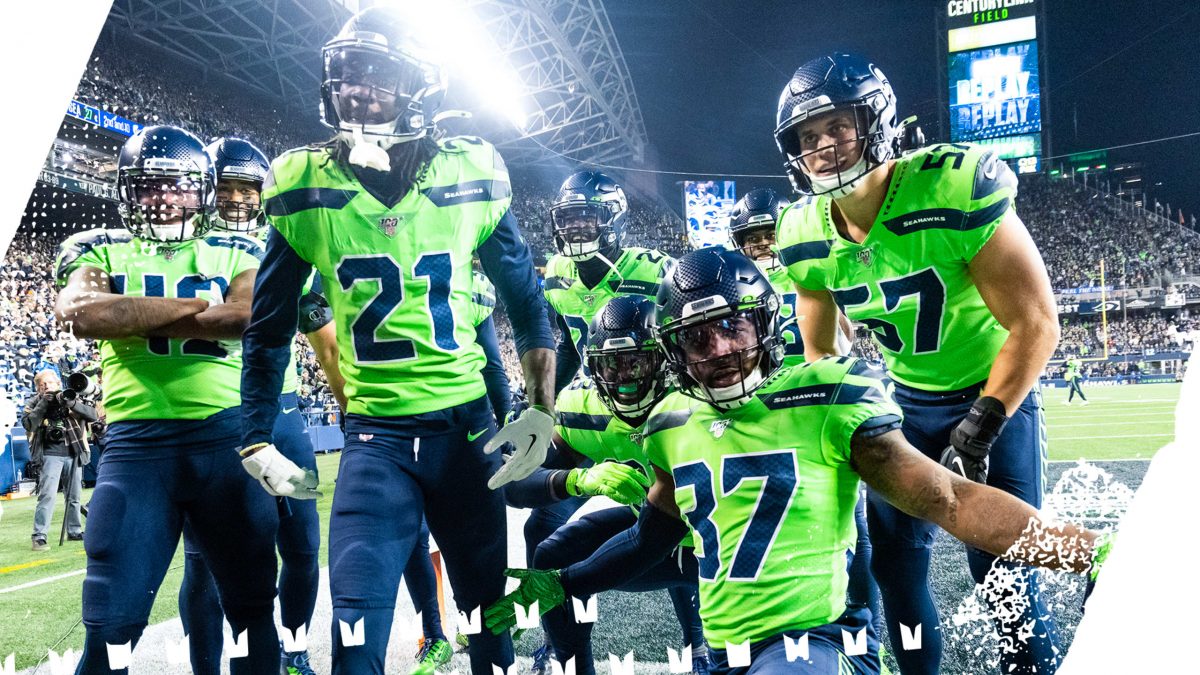 COVID isn’t mentioned a single time. There is no trace of the word virus, quarantine, or social distancing.

It’s as if the Seahawks and the NFL live in a different universe.

Let me stop to say I’m a pretty big Seahawks fan. The kind of fan that is still mad at the Raiders for beating us in the 1983 AFC Championship game, angry at the refs for the Super Bowl XL loss, and will be forever grateful for Paul Allen saving the team from a move to LA.

So, to see the announcement yesterday that “The Seahawks’ home opener comes in Week 2 with a Sunday night game against the New England Patriots” left me torn, but leaning towards disappointed.

The home crowd is a central part of what makes a game in Seattle so special. It’s part of who the Seahawks are, and the lore that follows them into the 2020 season.

On the same day, California Governor Gavin Newsom spoke directly to the idea of football come this fall.

I’m not anticipating that happening in this state. We’ve all seen the headlines over the last couple days in Asia, where they opening up certain businesses, and now they’re starting to roll back those openings because they’re starting seeing some spread and there’s a boomerang.

One has to be very cautious here, one has to be careful not to overpromise. It’s interesting, I have a lot of friends that work in Major League Baseball and the NFL, they’ve been asking me — in fact, a well-known athlete — a football player — just asked me if he expects to come back. I said, ‘I would move very cautiously in that expectation.’

In Phase 3, “professional sports without audience participation” are expected to be allowed. However, a full audience at Century Link Field won’t be allowed until we get into Phase 4.

We’re currently moving into Phase 1 in Washington State. Phase two won’t start until the first of June at the earliest, given Gov. Inslee’s timetable.

In Texas, a state that is opening up ahead of Washington, Gov. Abbott was caught on a leaked audio recording from a private discussion saying that the re-opening would absolutely lead to an increase in new cases.

Listen, the fact of the matter is pretty much every scientific and medical report shows that when you have a reopening… it actually will lead to an increase and spread.

If a Red State like Texas is planning on a spike in infections from re-opening, at least when their leaders are in an otherwise private conversation, certainly Washington State will be planning for something similar.

In other words, a re-opening of Washington State is unlikely to lead to a quick, easy and direct return to normal. We may linger in Phase 2 or 3 well into the fall. Or, we may make it to Phase 4 only to return to some more tightly regulated phase.

The point is that we don’t know where we’ll be, but we’ll be more sensitive to the risk of infections and deaths than a state like Texas.

So, for the Seahawks and the NFL to act as if things are mostly going to be back to normal come football season, it smacks of being uniquely out of touch.

Even if there are no fans in the seats, football is the kind of sport that will have some aerosolized saliva floating around the field, if you know what I mean.

If anyone on the field is infected, a lot of other players will likely to be infected, too. That was the lesson the NBA learned when ignorance could still be pleaded. That won’t be an excuse for the NFL come fall.

To complicate things, what happens when some governors allow the show to go on but Washington State doesn’t? If Georgia allows fans to come back to the stadiums to watch football when the Seahawks go to Atlanta to open the season, but Washington State doesn’t allow fans in the stadium when the Patriots come to Seattle in Week 2, isn’t that mixed application a fundamentally unlevel playing field?

But, forget about the integrity of the game and a level playing field for a minute. Isn’t allowing 67,000 fans to come to a stadium anywhere in the country probably a really bad idea?

This sort of “biological bomb” was literally the “game zero” event that kicked off the wide spread of COVID in Italy before anyone had otherwise been confirmed positive in Italy. A primary reason Italy was hit so terribly hard with COVID this spring was because of just one soccer game.

Even if some states allow fans to attend games, say in the red states of Georgia or Texas, the NFL should know better. The NFL should not allow it based on what we already know about sporting events and COVID.

I know the owners will say the TV money is a big deal. I know they’ll say they can put on a good show, that crowds can stay home, and that fans will be able to watch from the safety of their living rooms.

That doesn’t speak to the inherent risk the players will face. Moreover, as we learned from the NBA, and even the short-lived XFL, once a few players start to go down, the entire season will go with it.

Better to not have played at all than to have played and lost the respect of fans, players, and the next wave of folks getting sick from needlessly crowded restaurants, bars, and stadiums.