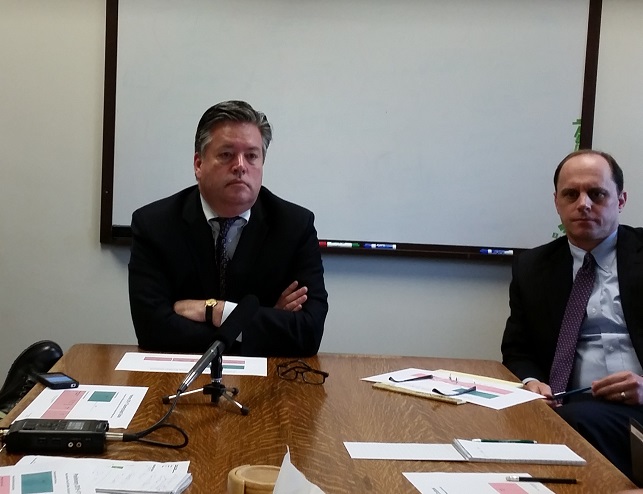 David Schumacher, Director of the Washington Office of Financial Management (OFM) sent a memo to state agency directors this week asking that they identify options for savings from their FY 2021 operating budget appropriations.

In an unofficial update to the state’s revenue forecast, the state’s chief economist projected that revenue collections over the next three fiscal years will be about $7 billion lower than was forecast less than three months ago…Therefore, I am directing agencies to identify operating budget savings options from their fiscal year 2021 appropriations,” wrote Schumacher in the memo.

Schumacher also noted that the unofficial revenue update on April 30 is based on incomplete data. Official projections won’t be available until the next state revenue forecast in June.

Nevertheless, said Schumacher, the state must start taking steps now to confront the fiscal crisis as it develops: “Even using all of the reserves, if the unofficial forecast holds true, we estimate the state would still face a $4.1 billion shortfall over the next three years.”

OFM has set out an immediate combined savings options target of $1.9 billion. Each agency has been asked to identify 15% worth of cuts to their budgets.

Based on this formula, the Department of Social and Health Services would slash about $506 million from its programs. Another $825 million would come out of other agency budgets such as the Washington Health Care Authority, Department of Corrections, Department of Children, Youth & Families, and more.

All agencies, even those that have little opportunity for Near General Fund savings have been asked to identify savings they can make on their
own or which require legislation and must be included in a second supplemental budget.

On top of this exercise for FY 2021, Schumacher also said agencies should be planning to propose reductions as part of their 2021–23 budget
submittals.

Any reductions taken in a second supplemental budget may help alleviate the scale of the budget problem next biennium,” wrote Schumacher.

On Wednesday, Gov. Inslee issued a directive to executive and small cabinet agencies to freeze all hiring, personal service contracts and equipment purchases.

While this is not going to be easy, I ask each agency to use common sense, good judgment and creativity to accomplish the ultimate goal of this directive: to capture immediate savings through spending reductions not related to the public safety and essential health and welfare of Washingtonians,” the directive states.