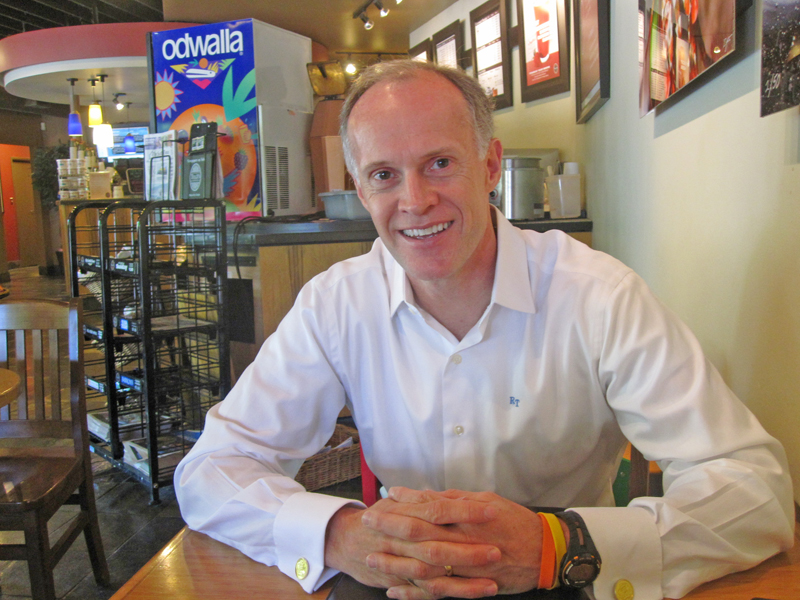 But First, Vancouver Senate Race Must be Settled – Benton Now Ahead by 105 Votes 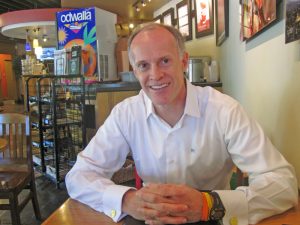 OLYMPIA, Nov. 15.—As the unthinkable became increasingly thinkable Thursday, and the idea of a takeover from the middle in the state Senate loomed as a possibility, one man’s name surfaced as a possible contender for majority leader – Rodney Tom, a key player in the upheaval.

Senate Republican Leader Mike Hewitt says the Bellevue Democrat might be a good choice to lead a bipartisan governing coalition in the Senate. As with everything in the current organizational turmoil in the upper chamber, it all depends on the outcome of a tight Senate race in Vancouver, a contest that is coming down to the wire as Clark County elections officials count the final remaining ballots. But as things stand right now, it’s looking like that race might tip the Republicans’ way, and that makes a bipartisan governing coalition increasingly likely in the upper chamber of the statehouse.

What’s happening is a matter of math. Democrats will have a narrow advantage in the Senate next year, and normally the majority party gets to name committee chairmen, appoint a majority leader and dictate the course of action. But it’s all about the margin, and it hinges on the outcome of the race in the 17th Legislative District. In the latest count Republican Sen. Don Benton has a 105-vote advantage over Democratic challenger Tim Probst. If Benton wins his race, the Democrats will have a narrow 26-23 advantage.

But two Senate Democrats, Tom and Tim Sheldon, D-Potlatch, are saying they will seek a rule change in the opening days of the session that would require those positions to be decided by a vote of the full Senate. If Benton wins and Republicans hold firm, that would mean 25 votes for one of the most dramatic turnabouts in the history of the Legislature.

In a sense talk of a new majority leader is premature until a winner is announced in Vancouver, but after a Seattle Times blog posting carried what might be called a trial balloon Thursday afternoon, the talk was all-Tom, all-day. Sheldon says there’s a simple reason for that: “It’s heating up because it’s looking like Benton will win.”

For his part, Tom says a role for him might be a possibility, but he doesn’t want people thinking it’s about personal gain. What’s more important is that a centrist coalition be established in the Senate, he says.

“I hear different positions for myself every other day, so I guess I don’t put a lot of credence into any of this stuff, and we’ll have to see what happens in the Benton race. I am not ruling anything out. But my goal has always been to run [the Senate] in a more centrist manner. This is what the people of Washington want. They want us to get out of political gamesmanship and back to governing. Whatever I can do to facilitate that and move that forward, I will try to help.”

In a coalition that would by necessity have to straddle both parties and aim for a moderate approach, Tom might be an unusually good fit. Tom won his first race for the state House as a Republican in 2002, but said in an interview earlier this year that the House Republican Caucus proved an uncomfortable place for a moderate. When he campaigned for the Senate in 2006 he switched party affiliations and ran as a Democrat. Yet as a Democrat he didn’t take easily to the party line, either. He was awarded budget-writing responsibilities as vice-chairman of the Senate Ways and Means Committee in 2010, but wound up voting against his own budget when his party refused to consider big reforms in state spending.

That decision left him on the outs with Democratic party leaders. But this year, when the fractious Senate Democratic Caucus abandoned efforts to negotiate a bipartisan budget with the Republicans, Tom played a decisive role. He joined with Sheldon and Sen. Jim Kastama of Puyallup to vote for a largely Republican-written budget, and the dramatic vote March 2 changed the course of the legislative session. It brought minority Republicans to the table and forced a middle-of-the-road consensus on the budget and major reform legislation.

Hewitt said he hasn’t talked yet with his caucus about the possibility of Tom as majority leader, but he said he thinks Tom would be a fine choice. “This is all about governing from the center,” he said. “That’s really what it’s all about.”

Next year the divisions in the Senate will run as deep as they did this year, with liberal Democrats advocating tax increases and moderates resisting them, and Hewitt said the Senate is headed for another breakdown without bipartisan leadership. “It looks like the way that they are going to govern next year the same thing will happen again,” he said. “We would have to come in at the end as a coalition anyway, so why not just start off as a coalition to begin with and write a budget together?”

State Sen. Ed Murray, D-Seattle, who was elected majority leader by the Senate Democrats at a closed-door meeting at SeaTac Tuesday, said Thursday that he recognizes it’s all a matter of who has the votes. So he isn’t saying heck-no. “I’m the Democratic leader and the majority leader, but I may be the shortest serving majority leader in state history,” he said.

Every Member a King

Murray already is pondering how things might work. He said he has a good working relationship with Tom, and by itself a bipartisan governing coalition would not throw the upper chamber into disarray. But decisions would have to be made in a cooperative way. “I think what would start to make the place unworkable would be if we walk in there on opening day and start electing chairs from the floor without any agreement between parties. If we’re going to go into a situation where decisions are made by 25 members over the will of 24, it would be very, very destructive.”

Without a degree of party discipline, any single member could be a deciding vote, he said, and every member is king. “It would be a recipe for chaos if we were to tear up all the rules and change the way the Senate has operated for years,” he said. “I worry about that kind of dynamic.”

For now, all eyes are on the Clark County auditor’s office, where some 1,600 ballots remain to be counted countywide – political observers say the 17th District race accounts for 31 percent of of them. Other ballots may arrive in coming days, though those are expected to be primarily overseas ballots cast by members of the military, who tend to vote Republican. Currently Benton is leading 50.1 percent to Probst’s 49.9, close enough under state law to trigger an automatic recount.

No telling what will happen, said Senate Republican caucus leader Mark Schoesler, R-Ritzville. “I think there is a very good chance that the rules will be changed on the floor. As far as Rodney Tom becoming majority leader, I think it is all speculation.”

Odds are, though, that a coalition majority could bring about a responsible result, he said. “If the coalition comes to be as we all hope, I don’t think we’ll move anything controversial for either side.” Meaning it will be unlikely that social-issue legislation will come to the fore. Schoesler said there’s no sense running bills that stand no chance in the House, which will continue to be controlled by Democrats, or which will be vetoed by Democratic Gov.-elect Jay Inslee. A bipartisan coalition would have to be governed by realism.