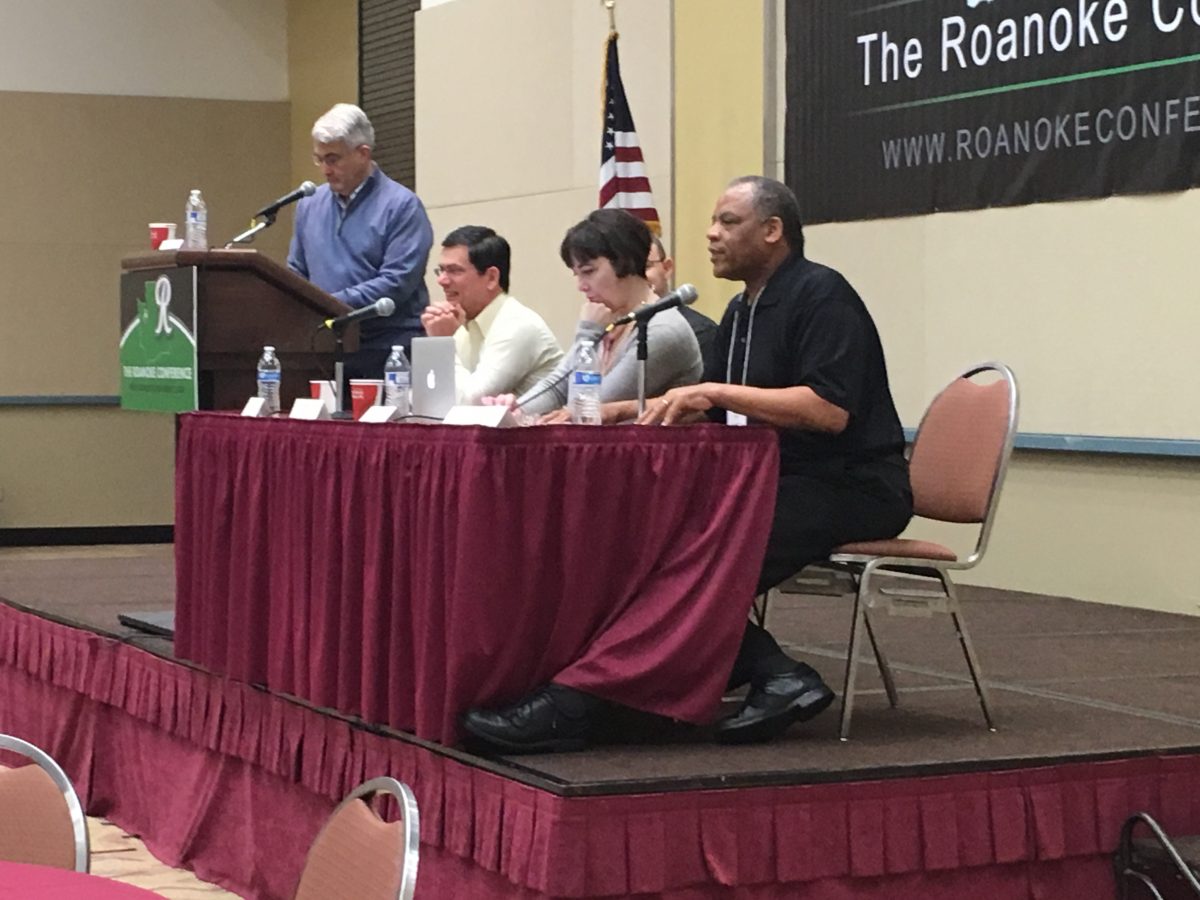 Roanoke: What is a bipartisan solution to helping homeless people?

At the annual Roanoke Conference, a gathering of Washington Republicans, panelists discussed the issue, the different philosophies surrounding it and the varying approaches to helping homeless people.

Seattle faces an even more challenging picture: From 2014 to 2015, homelessness increased in King County by 21 percent, according to a report compiled by Seattle/King County Coalition on Homelessness.

For more than 10 years, the county has focused intensive programming efforts and money toward ending homelessness. In 2015, John Ryan reported on the issue for KUOW:

“All told, King County officials estimate that a billion dollars or more has gone to help the county’s homeless over the past decade.

Nearly 6,000 units of affordable housing have been built, more than in any city except New York or Los Angeles.

Yet the effort is losing ground,” according to the KUOW report.

The reporting couldn’t single out one definitive reason why more homeless people were sleeping in Seattle’s streets than before King County’s 10-Year Plan To End Homelessness. Some of it could be the recession’s unaccounted for impact, some of it could still be the high cost of housing, persistent racism, a mental health system in need of reform or ineffective housing strategies.

Back to the KUOW report:

“One reason, according to the United Way’s (Vince) Matulionis: King County’s 10-year plan didn’t focus enough on root causes, like the lack of affordable housing.

‘Seattle’s the fastest-growing city in the country last year. So, rich, poor, and otherwise, we attract a lot of people,” he said. “A lot of people get here and find that they struggle with the cost of living and the cost of housing, which puts them at risk for homelessness,’” reads the KUOW story.

Bill Bryant, chair of Bryant Christie Inc., and a former Republican candidate for governor, moderated the panel and said a core element of his approach to ending homelessness was to not “enable” it.

He pointed to how success in homelessness programs is measured.

“If success of a program is measured by how many beds you have open every night, you’re going to just keep providing more bed,” he said. That doesn’t end homelessness, he argued, it just ensures beds will be open in shelters.

Sen. Mark Miloscia, R-Federal Way, a panelist, said he wants accountability standards for these types of programs to be more rigorous.

“When you give out money with no accountability, you depend on their competence,” he said, referring to the organizations and programs providing services.

“If you go into the Jungle or go into some of these encampments, there are people who are legitimately homeless, but there are a lot of people in there who have drug and alcohol problems, and there are a significant population of people who are just preying upon those folks,” Bryant said. “And they’re using the fact that they cannot have law enforcement go in as a shelter for prostitution and drug-dealing.”

“I think folks who are homeless and in transition – I was raised in the church and I believe we should do everything we can to help them transition, rebuild their lives and move forward,” he said, and noted he did not speak for the SPD. “But the folks who just want to stay there and do bad things, well, that’s why I have a job.”

Erica Barnett, a journalist who worked on the homelessness and mental health beat, argued against this logic.

“I have met people who will say they choose to be homeless and this is the lifestyle they’ve chosen, for sure, but those people, I would say, to a person, have serious problems with addiction primarily, with mental health problems, and I would say they are also legitimately homeless and deserve compassion and deserve our help,” she said.

Panelist Michael Jackson, development director for Auburn Youth Resources, argued there needs to be a healthy exchange of oversight and funding for non-profits providing services.

“Non-profits face a problem with funding. Funding. You cannot do this work without funds,” he said “It boils down to one of these things that I call: we have to be willing to tax ourselves. We have to be willing to pay the price. Because there is a way we can buy our way out of this. But you got to fund the right organizations.”

“We see kids who think it’s safer to be out on the streets than it is to be in a house,” he said. “Until we come up with the will to help these people, to make sure that they have some safety that they got a safety net, they’re going to be homeless”

He criticized rapid rehousing programs because he said housing programs for homeless folks ought to come with resources that help those folks develop life skills, so they can stay housed when they get off assistance.

The panel also touched on the safe injection sites set to open in King County. Barnett said it could be an effective measure to keep people with substance abuse problems alive, with the hopes that they could seek treatment.

Miloscia has proposed a bill that would ban municipalities from setting up safe injection sites, SB 5223. He also said he plans to drop a bill this session that would address state goals of reducing homelessness.