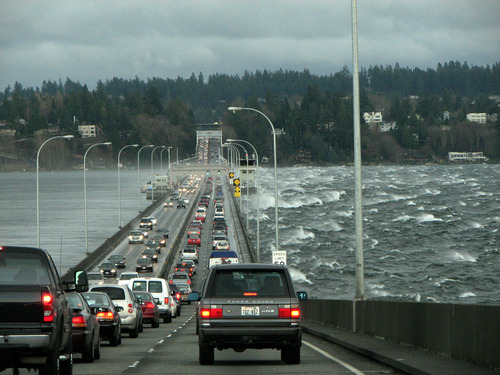 As Washington state prepares to potentially invest heavily in improving its bridge network, the Department of Transportation has failed to adequately estimate the long-term costs of those repairs, according to a new report.

The report from the Joint Legislative Audit and Review Committee found that WSDOT does not, for the most part, measure the effectiveness of maintaining or preserving bridges, and unlike numerous states, the department doesn’t have a bridge management system that would allow lawmakers to better prioritize spending.

The approach WSDOT uses is based on current conditions and the judgment of its engineers, which eats up time and can’t give alternative options the Legislature could use in deciding where to spend the money most effectively, the report says.

Also, the report found that WSDOT has not used computer modeling to determine the long-term costs of bridge repairs, which helps target when maintenance is cheapest and needed during the life cycle of the bridge. Spend money too early and it’s ineffective, while waiting too late means far more expensive repairs. The system is commonplace in pavement repairs across the U.S., and WSDOT uses it for roads, the report found. Crucially, the report says the department isn’t using risk in setting its priorities.

JLARC staff told the Senate Transportation Committee Wednesday that they hired a consultant to review the procedures after a bridge collapsed in Skagit County in 2013. A preliminary draft of the consultant’s report was issued in December. 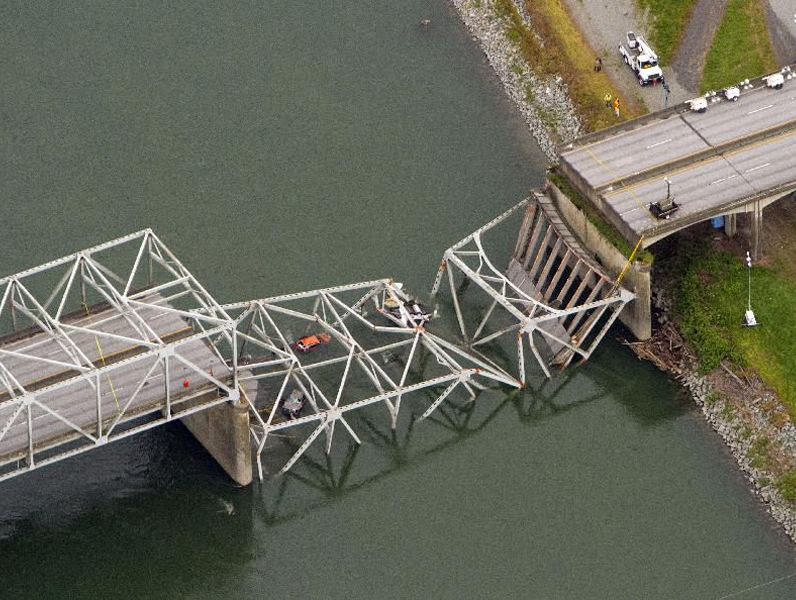 A bridge over the Skagit River partially collapsed in 2013.

It has pertinence to the transportation debate that’s about to kick off in the Legislature this session because Gov. Jay Inslee has included funding in his $12 billion transportation package to bring 95 percent of the state’s  approximately 3,800 bridges to fair or better condition.

That was estimated to cost $500 million in 2013, according to the JLARC report. The overall package would pay for a series of major transportation projects on the 520 floating bridge, State Route 405, Highway 167, and improvements in Spokane and Snoqualmie Pass, among others.

The package would be funded via a cap-and-trade program, which is estimated to bring in $1 billion a year initially and gradually wind down in subsequent years, bonding, and fee increases. Inslee policy adviser Charles Knutson said the investments over the 12-year lifespan of the package equal those of a 12-cent hike in the gasoline tax.

WSDOT and the Office of Financial Management have concurred with the consultant’s findings, and will begin implementing them by the middle of this year, JLARC staffer Eric Thomas said. That will take some time to accomplish, he cautioned.

The department responded to the audit report in a letter to legislative auditor Keenan Konopaski.

“It is important that reviewers of the audit understand that bridges are inspected on a regular basis,” Deputy Transportation Secretary Cam Gilmour wrote. “These inspections ensure that bridges are open to traffic and safe to travel over, and are closed or load limited when their condition does not permit safe travel of heavy vehicles. WSDOT takes great care in monitoring bridge decks, the condition of bride paint (steel bridges), and scour around bridge piers. Maintenance and preservation of these bridge elements are priorities in our biennial budget requests for this work.”

Thomas said the consultant measured the department’s processes against national and industry standards, and found its pavement maintenance program in top-notch shape. It was the bridge program that had deficiencies, said JLARC’s Valerie Whitener.

“They did have those in place for the pavement system very thoroughly,” Whitener said. “It was the bridge side that was the problem.”

Of the department’s $6.5 billion budget, the preservation portion on roads and bridges accounts for about 11 percent currently, staff told the committee.

“The assumption is that they’re trying to move forward and correct those shortfalls,” said Committee Chair Sen. Curtis King, R-Yakima.